The Impact Of The US Occupation On The Hawaiian People

Above photo: US troops come ashore.

NOTE: This is the third of three articles we are publishing by Dr. Keanu Sai, a member of the Hawaiian Kingdom Subcommittee of the National Lawyers Guild. The articles were written to provide accurate information to Hawaiian (and other) students about Hawaiian history. Read the first article here. Read the second article here.

The Hawaiian Kingdom was a progressive constitutional monarchy since 1840 and it viewed education and health care as cornerstones for the country’s maintenance in the nineteenth century. By 1893, the Hawaiian Kingdom maintained a literacy rate that was nearly universal amongst the Hawaiian population. It also managed to successfully address the rapid decrease of the Hawaiian population from foreign diseases, such as small pox and measles, through universal health care under the 1859 Act to Provide Hospitals for the Relief of Hawaiians in the city of Honolulu and other Localities.

Universal Education in the Hawaiian Kingdom

Education was through the medium of the native language. On January 7, 1822, the first printing of an eight-page Hawaiian spelling book was done, and all “the leading chiefs, including the king, now eagerly applied themselves to learn the arts of reading and writing, and soon began to the use them in business and correspondence (W.D. Alexander, A Brief History of the Hawaiian People (1892), p. 179).” By 1839, the success of the schools was at its highest point, and literacy was “estimated as greater than in any other country in the world, except Scotland and New England (Laura Judd, Honolulu (1880), p. 79).”

The Monarch served on the Board as its President. The President and Board administered the educational system through school agents that were stationed in twenty-four school districts throughout the country. And in 1865 the office of Inspector General of schools was formed in order to improve the quality of the education being taught.

The Hawaiian Kingdom became the fifth country in the world to provide compulsory education for all youth in 1841, which predated compulsory education in the United States by seventy-seven years. The other four countries were Prussia in 1763, Denmark in 1814, Greece in 1834, and Spain in 1838.

Education was a hallowed word in the halls of the Hawaiian government, “and there is no official title more envied or respected in the islands than that of a member of the board of public instruction (Charles De Varigny, Fourteen Years in the Sandwich Islands, 1855-1868 (1981), p. 151.” De Varigny explains that this “is because there is no civic question more debated, or studied with greater concern, than that of education. In all the annals of the Hawaiian Legislature one can find not one example of the legislative houses refusing—or even reducing—an appropriation requested by the government for public education. It is as if this magic word alone seems to possess the prerogative of loosening the public purse strings (Id.).”

After the invasion, the United States seized control of the entire governmental infrastructure, through its insurgents calling themselves the Provisional government, on January 17, 1893. The insurgents renamed themselves the Republic of Hawai‘i on July 3, 1894. On April 30, 1900, the United States Congress renamed the insurgents as the Territory of Hawai‘i by a congressional act. And on March 18, 1959, the U.S. Congress, again by congressional act, changed the name of the Territory of Hawai‘i to the State of Hawai‘i.

Americanization Throughout the School System

In 1906, the intentional policy and methodical plan of Americanization began. This plan sought to obliterate the national consciousness of the Hawaiian Kingdom in the minds of the school children throughout the islands. It was developed by the Territory of Hawai‘i’s Department of Public Instruction and called “Programme for Patriotic Exercises in the Public Schools.”

The purpose of this policy was to have the children believe they were Americans. To do so required instruction of American history and only the English language could be spoken. If the children spoke the national language of Hawaiian, they were severely punished.

While visiting Ka‘iulani grade school, Inglis wrote, “Out upon the lawn marched the children, two by two, just as precise and orderly as you can find them at home. With the ease that comes of long practice the classes marched and counter marched until all were drawn up in a compact array facing a large American flag that was dancing in the northeast trade-wind forty feet above their heads (Id., p. 227).”

“The little regiment stood fast, arms at sides, shoulders back, chests out, heads up, and every eye fixed upon the red, white, and blue emblem that waved protectingly over them. ‘Salute’ was the principal’s next command. Every right hand was raised, forefinger extended, and the six hundred fourteen fresh, childish voices chanted as one voice: ‘We give our heads and our hearts to God and our Country! One Country! One Language! One Flag!’ (Id.)”

Inglis stated, “The drill is constantly held as a means of inculcating patriotism in the hearts of the children (Id., p. 228).” The word inculcate is defined as to fix beliefs or ideas in someone’s mind, especially by repetition. Inculcate is synonymous with indoctrination, which is to persuade someone to accept an idea by repeating it and showing it to be true.

This type of policy instituted by the occupying State is called denationalization, which was codified by the Commission on the Responsibility of the Authors of War and Enforcement of Penalties as a war crime in 1919. This particular war crime addressed the attempts to denationalize Serbs when Serbia was occupied during World War I by Austria, Bulgaria and Germany. In the 1947 Nuremburg trial of Ulrich Greifelt and Others, Nazis were prosecuted for attempting to denationalize Poles, Alsace-Lorrainers, and Slovenes through a policy of Germanization in occupied Poland during World War II.

Since this policy of denationalization began, it had become so pervasive and institutionalized throughout Hawai‘i that the national consciousness of the Hawaiian Kingdom was nearly obliterated. It also had a devastating effect on the Hawaiian population that effectively made them strangers in their own country. If the children weren’t Americanized enough they were not allowed to attend high school and entered the work force after completing grade school. When Inglis compared the student populations between the grade schools and that of Honolulu High School, he wrote, “The change in the color scheme from that of the schools below was astounding. Below were all the hues of the human spectrum, with brown and yellow predominating; here the tone was clearly white (Inglis, p. 228).”

Another Hawaiian institution that had a devastating effect on the health of the Hawaiian people was that of Queen’s Hospital. Queen’s Hospital was established in 1859 by King Kamehameha IV and Queen Emma under the 1859 Hospital Act. Its purpose was to provide universal health care at no cost for native Hawaiians. Under its charter the Monarch would serve as President of a Board of Trustees comprised of ten persons appointed by the government and ten persons elected by the corporation’s shareholders.

The Hawaiian government appropriated funding for the maintenance of the hospital. “Native Hawaiians are admitted free of charge, while foreigners pay from seventy-five cents to two dollars a day, according to accommodations and attendance (Henry Witney, The Tourists’ Guide through the Hawaiian Islands Descriptive of Their Scenes and Scenery (1895), p. 21).” It wasn’t until the 1950’s and 1960’s that the Nordic countries followed what the Hawaiian Kingdom had already done with universal health care. 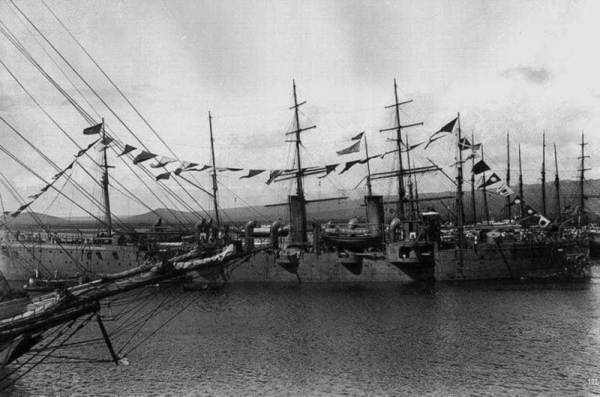 Willful Damage to the Institution of Hawaiian Health Care

In 1909, the government’s interest in Queen’s Hospital was severed and native Hawaiians would no longer be admitted free of charge. The new Board of Trustees changed the 1859 charter where it stated, “for the treatment of indigent sick and disabled Hawaiians” to “for the treatment of sick and disabled persons.” Gradually native Hawaiians were denied health care unless they could pay. This led to a crisis of native Hawaiian health today. Queen’s Hospital, now called Queen’s Health Systems, currently exists on the islands of O‘ahu, Molokai, and Hawai‘i.

A report by the Office of Hawaiian Affairs in 2017 stated, “Today, Native Hawaiians are perhaps the single racial group with the highest health risk in the State of Hawai‘i. This risk stems from high economic and cultural stress, lifestyle and risk behaviors, and late or lack of access to health care (Native Hawaiian Health Fact Sheet 2017, p. 2).” Hawaiians should not have died due to “late or lack of health care” because Queen’s Hospital was an institution that provided health care at no cost.

Academic Research Unveils the Truth of the American Occupation

As a result of diligent and thorough academic research that began in 2001, a more accurate portrayal of what transpired with the American invasion and occupation of the Hawaiian Kingdom began to unveil this painful truth. This caused American historian Tom Coffman to change the subtitle of his book from The Story of America’s Annexation of the Nation of Hawai‘i to The History of the American Occupation of Hawai‘i.

He explained, “In making this change, I have embraced the logical conclusion of my research into the events of 1893 to 1898 in Honolulu and Washington, D.C. I am prompted to take this step by a growing body of historical work by a new generation of Native Hawaiian scholars. Dr. Keanu Sai writes, ‘The challenge for…the fields of political science, history, and law is to distinguish between the rule of law and the politics of power.’ In the history of Hawai‘i, the might of the United States does not make it right (Tom Coffman, Nation Within: The History of the American Occupation of Hawai‘i (2016), p. xvi.”

The failure of the United States to comply with the 1907 Hague Convention, IV, and the 1949 Geneva Convention, IV, has had a devastating effect on the Hawaiian population. According to Amnesty International, war crimes are “crimes that violate the laws or customs of war defined by the Geneva and Hague Conventions.”

These international conventions were specifically cited by Dr. Alfred M. deZayas, a United Nations Independent Expert, in his letter to the State of Hawai‘i dated February 28, 2018. The UN official wrote, “international laws (the Hague and Geneva Conventions) require that governance and legal matters within the occupied territory of the Hawaiian Islands must be administered by the application of the laws of the occupied state (in this case, the Hawaiian Kingdom), not the domestic laws of the occupier (the United States).” He was referring to Article 43 of the 1907 Hague Convention, IV, and Article 64 of the 1949 Geneva Convention, IV.

The Hawaiian Kingdom’s educational system and health care institutions are protected under the 1907 Hague Convention, IV. Article 56 states, “The property of municipalities, that of institutions dedicated to religion, charity and education, the arts and sciences, even when State property, shall be treated as private property. All seizure of, destruction or willful damage done to institutions of this character, historic monuments, works of art and science, is forbidden, and should be made the subject of legal proceedings.”

In his doctoral dissertation, Kauai writes, “From one of the most progressive independent states in the world to one of the most forgotten. If not for the US, where would Hawai‘i rank among the countries of the world today in regard to health care, political rights, civil rights, economy, and the environment? In the 19th century Hawai‘i was a global leader in many ways, even despite its size (Willy Kauai, The Color of Nationality (doctoral dissertation, political science, University of Hawai‘i (2014), p. 298).”