The Incredible Belief That Corporate Ownership Does Not Influence Media Content

September 18, 2019
| Educate!
The Incredible Belief That Corporate Ownership Does Not Influence Media Content2019-09-182019-09-18https://popularresistance-uploads.s3.amazonaws.com/uploads/2017/12/popres-shorter.pngPopularResistance.Orghttps://popularresistance-uploads.s3.amazonaws.com/uploads/2019/09/media-merger-timeline-1024x614.png200px200px

As Sen. Bernie Sanders (CJR, 8/26/19) has recently noted, corporate ownership of media interferes with the core societal function of the press: reporting and investigating key issues at the intersection of public need and governance. And nowhere is that more critical than when it comes to climate. Due to their corporate conflicts of interest, trusted news authorities have diverted us from our primary responsibility—assuring a viable habitat for our children and grandchildren.

As a journalist who has worked both inside and outside of establishment media, I see influence as embedded in a corporate media culture rather than in isolated cases of CEO dictates. It happens in little ways, such as how an interviewer frames a question, and in big ways, like the decision to exclude a topic, a person or a group of people from the airwaves. 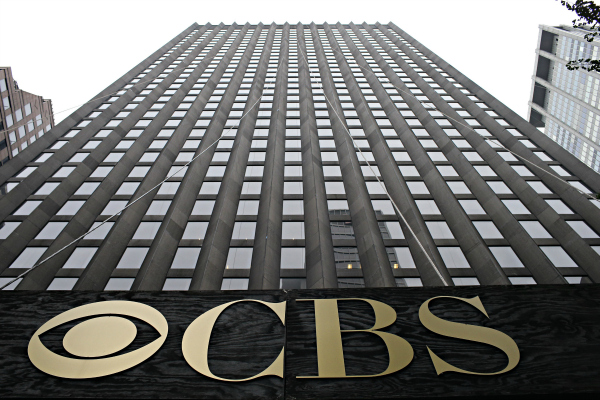 Like most US companies, news organizations are hierarchies, which people who have worked in corporate offices can readily understand. Given that “90% of the United States’ media is controlled by five media conglomerates,” the top executive at many news outfits is likely the CEO of a multinational corporation. The word comes down from the business execs to the company’s division chiefs, as seen in countless movies (like the 1976 classic Network). This was how it was when I worked on primetime national news at CBS in the 1990s.

On the inside, it wasn’t easy to see organizational bias, when job security and team work required overlooking it. The response to the heavily promoted primetime news pairing of two well-known anchors exemplified how news personnel learn to toe the line. The two anchors had zero chemistry, but no one mentioned it, as if an unwritten code had been instantly internalized. This dragged on for two years, pulling down the network’s ratings.

Higher-ups would never offer editorial staff direct input on content. That’s what the executive and middle management were for. Would these managers confide to their staff that the big guns gave them a certain direction? No. Whatever it was, they would present it as their own, and it would be adopted.

Within this culture, controlling the content goes on in whispers, frowns, headshakes and decisions made behind closed doors. If anyone strays into a verboten zone, as I did when I proposed a feature about Native Americans, those in the know privately communicate the ethos that is expected and allowed. “We never put American Indians on air because they talk too slow,” a producer explained.

Despite such experiences, when I left CBS, I respected the many producers with whom I’d worked, many of whom are still employed at the various networks. That work experience honed editorial judgment in ways impossible to measure, for which I am infinitely grateful. It also showed me that organizational agendas and values can trump claims to objectivity. 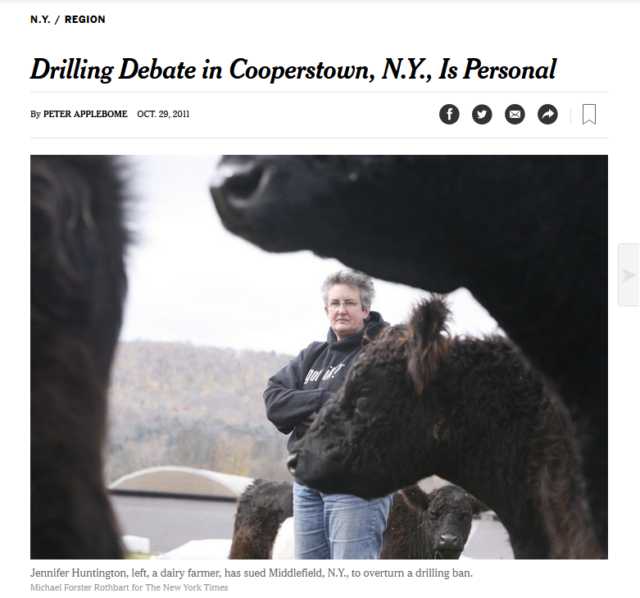 Yet over a decade later, working in progressive online media, I was still astonished that several major stories I covered, were anywhere from underplayed to entirely absent from establishment news.

When I began to cover fracking in New York state in 2009, at first both 60 Minutes (11/14/10) and the New York Times (11/27/09, 10/29/11) covered it as a Hatfield/McCoy feud between upstate rural neighbors, rather than as an invasive industrial activity with a host of health and environmental repercussions.

During the critical years of the major fracking buildout from 2005 to 2016, the  New York Times gave a prominent environmental platform to self-declared “climate champion” Andrew Revkin, whose reporting FAIR (Extra!, 2/10) called “a source of some comfort—and crowing—for the climate change denial crowd.” His pro-industry stance on fracking and naysaying on methane impacts condoned an industrial expansion that has produced far-reaching environmental damage.

The Times’ Ian Urbina (6/25/11)  did invaluable reporting on fracking’s faulty economic model. But in 2013, the paper of record closed its environmental desk, even as   Inside Climate News (1/11/13) was reporting that “worldwide coverage of climate change continued a three-year slide.”

MSNBC show hosts like Rachel Maddow and Chris Hayes rarely covered fracking, instead letting gas and oil industry ads reassert claims of safety. Nonprofit environmental groups, leading activists, along with a growing body of independent journalists filled the media void, including my own reporting at Huffington Post, AlterNet and EcoWatch. 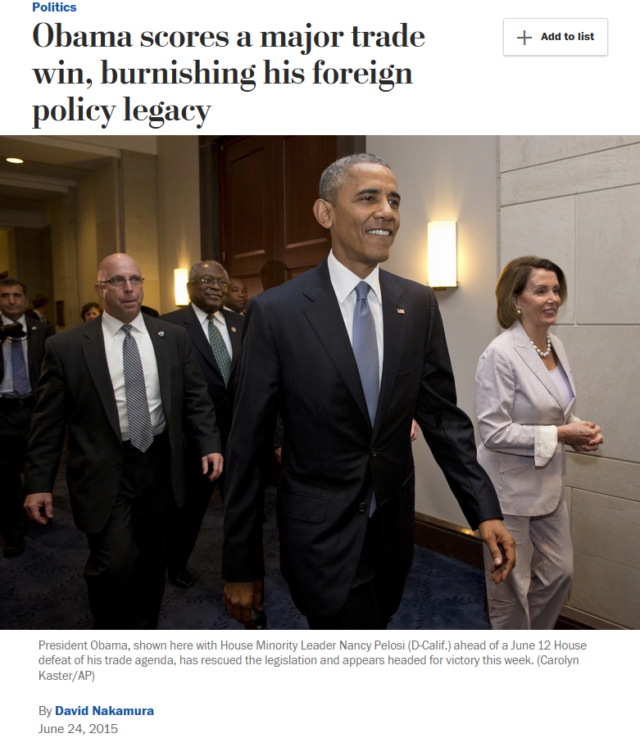 For the Washington Post (6/24/15), the important thing about the Trans Pacific Partnership was how it made Obama look.

In 2014, I began to report on the Transpacific Partnership (TTP) and other concurrent global trade agreements, which are often characterized as core to President Barack Obama’s “legacy” (e.g., New York Times, 6/14/15; Washington Post, 6/24/15). The agreement’s full provisions were never revealed to the public prior to the June 2015 vote granting absolute trade authority to Obama—authority that would have passed to Trump if the agreement had been ratified in late 2016, as Obama hoped.

In conducting multiple interviews with trade analysts, as well as following the protests in Europe and the resulting leaks of the contents, I learned from  trade analyst William Waren (Connect the Dots,  1/28/15) that even prior to the TPP’s  passage and ratification, plans were underway for the buildout of  fracking, gas and oil, and coal trade and global export freed by its anticipated passage.

Nothing within the unenforceable Paris Agreement would have prevented it. In fact, the Paris Agreement provisions were nonbinding, while the trade agreements that were being secretly negotiated concurrently, including the Trade in Services Agreement (TiSA), were designed to be binding, to “effectively trump whatever commitment is made in Paris,” Waren revealed on Connect the Dots (12/9/15).

Further, the TPP’s planned instatement of an international corporate tribunal with international legal authority over all nations would have mortally injured global democracies. In 2016, Mark Ruffalo summed up what was at stake in the fight: Expanding the Investor-State Dispute Settlement (ISDS) provisions in NAFTA via TPP

As we witness the Trump administration’s deconstruction of US environmental regulatory infrastructure—appointment by appointment, policy by policy—let’s appreciate that in defeating TPP and associated trade deals (thanks to the work of grassroots organizers and independent media), Americans dodged a bullet.

If the US had passed the TPP as planned during the 2016 lame duck session of Congress, both the US and all co-signers (a total of 12 countries) would have been contractually bound to a wholesale takedown of environmental regulations and economic barriers to fossil fuel development—as well as the loss of any right to challenge corporate rule or prevent health and environmental impacts. The climate impacts of the intended gas and oil buildout would likely have been devastating and decisive. 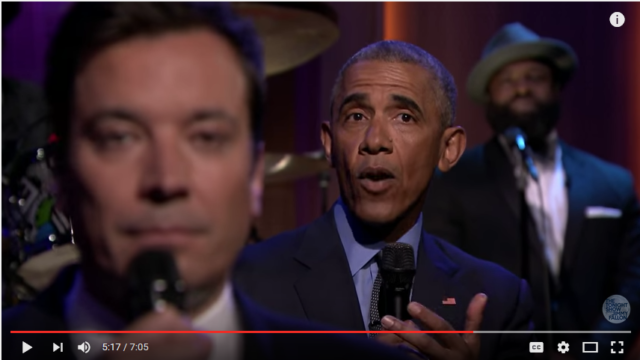 Barack Obama with Jimmy Fallon: “Look, Jimmy, the TPP allows American businesses to sell their products both at home and abroad.”

Nevertheless, the forward drive to pass the TPP occurred in a near void of corporate coverage. What had been negotiated behind closed doors with multinational corporations remained their business secrets. Prior to its authorization in June 2015, no mainstream outlet thoroughly investigated and disclosed the TPP’s provisions. Obama’s most memorable pro-TPP television appearance was singing about it with Jimmy Fallon.  FAIR (6/11/16) called the enthused Vox coverage (6/10/16) of Obama’s performance

a borderline parody of everything wrong with corporate-owned “new media”: What we have here is a Comcast-funded website plugging a Comcast-owned TV show to promote a trade deal aggressively lobbied for by Comcast.

Both the New York Times and its liberal economist columnist, Paul Krugman, covered the TPP infrequently. Krugman (10/6/15) professed he was a “lukewarm opponent” of it, and minimized its importance. “We’re not talking about a world-shaking deal here,” he wrote (3/11/15) three months before the Senate granted Obama the authority to sign the final agreement without further consultation or deliberation.

Prior to the vote, a college friend of the MSNBC host Chris Hayes assured me that Hayes, a former environmental reporter for The Nation, would be deeply concerned about these trade deals. I was dubious, but she was insistent. With the contact she provided, I sent all of my TPP research and sources on to Hayes. I received no response. 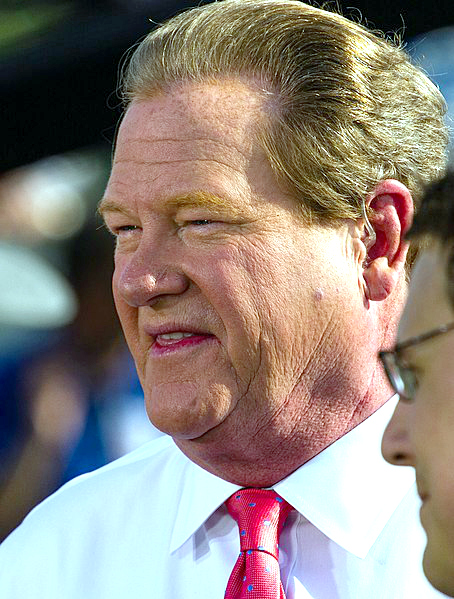 Rather than cover the TPP, MSNBC went on to fire Ed Schultz, the sole show host who covered trade agreements. (Sadly, the 64-year-old Schultz died in 2018.) In surveying TPP coverage, Media Matters (2/4/15) found that Schultz was the exception in a near-total blackout by all three major networks. Week after week, Hayes and other MSNBC hosts devoted airtime to meticulously dissecting far more minor concerns.

As in any large organization, the firing and hiring of staff speaks volumes to surviving staff members about the owners’ priorities. The unseen casualties among reporters of integrity, and the disservice to journalism, cannot be overestimated. Those working in corporate media get the message without anyone having to tell them, and highly paid show hosts have the most to lose.

The press’ mission is to inform the citizenry and flag abuses to power, not promote special interests. When citizens blind themselves to a news organization’s corporate entanglements, and trust the outlet to be truthful anyway, it is, to put it mildly, extraordinarily naïve.

It’s not about whether or not the public has access to a private conversation or confidential memo sent to editorial with a corporate dictate. The evidence is what’s given airtime and what isn’t over many years.

Was it just happenstance that MSNBC, for example, failed to cover the TPP after firing Ed Schultz? Comcast, the owner of MSNBC, sat at the table behind closed doors during the five-year long negotiations of the TPP’s specific trade provisions.

Have MSNBC or any of its competitors uncovered Comcast’s agenda for the trade agreements? What if concerns over intellectual property rights, for example, made it a corporate mission to pass a deal that also happened to radically hasten the climate tipping point? Should any company have that much power?

No business, no matter how sizeable, should have the right to subvert the actions and political choices necessary to address climate, as well as the activated movement capable of assuring that at long last we do what needs to be done. The only sane response is to support the movement, and the independent media outlets that provide a platform for ideas, facts, studies, polls, policy initiatives and disclosures outside the corporate media frame—and to overhaul the media to address this unfair use of public airwaves for gain and compromise as the world burns.