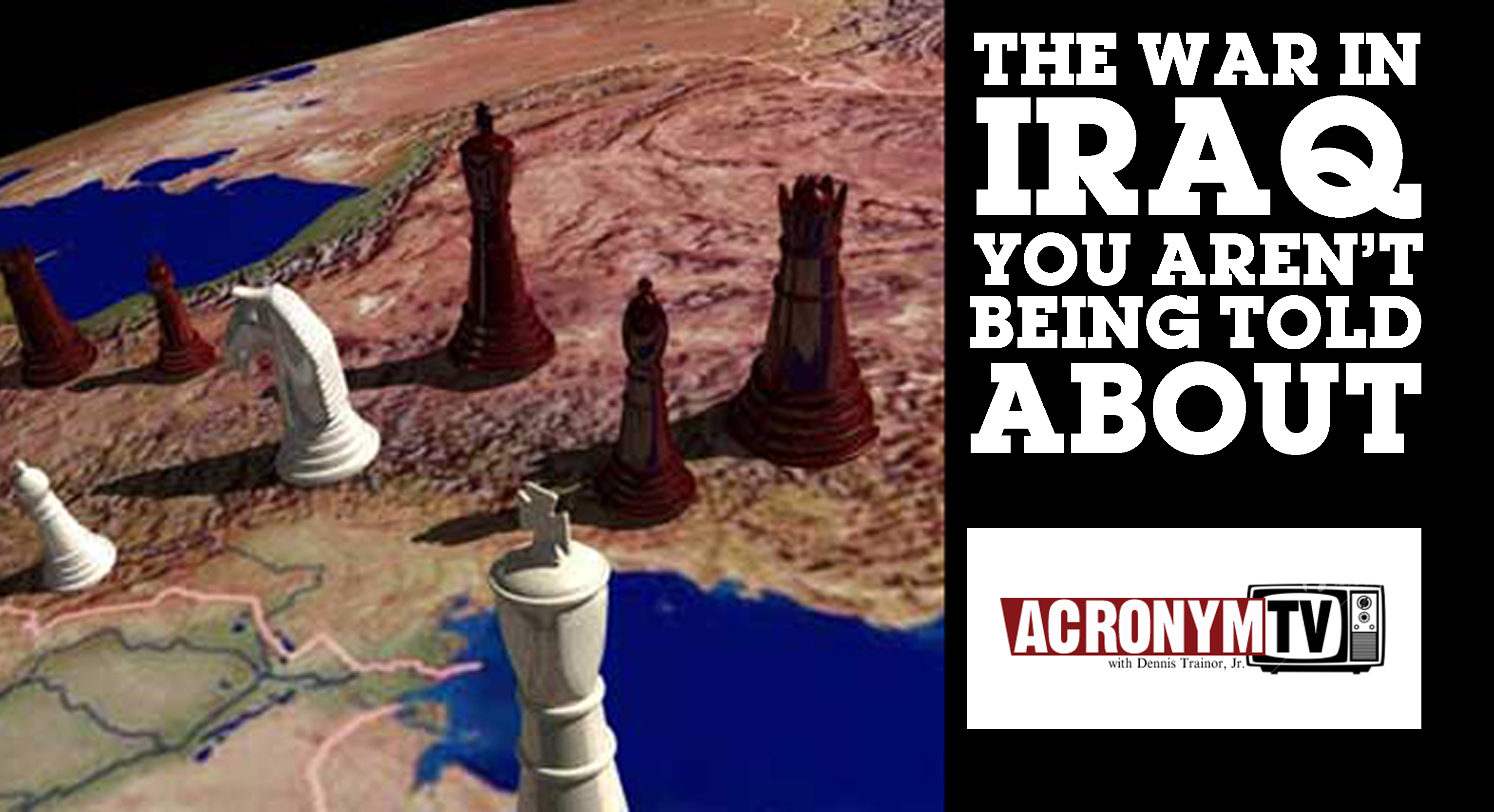 The ISIS War in Iraq Has Deep Roots

Joining Dennis on the show today to make sense of all this is Mnar Muhawesh. She is the founder, CEO and editor in chief of Mint Press News, and also a regular speaker on responsible journalism, sexism, neoconservativism within the media and journalism start-ups.

Episode breakdown|
As the world watches Iraq quickly descending into a failed state status under the brutal onslaught from fighters in the Islamic State of Iraq and Syria, pundits, representatives form congress and no doubt members of Barack Obama’s inner circle are wondering if it is not time to put together another coalition of the willing and re-engage the US Military in Iraq.

Before you dust off your yellow ribbons to tie round your oak tree’s though, remember: in 2003 The United States invaded Iraq after lying to the world and the American people saying that Saddam Hussein had weapons of mass destruction and was connected to Al Qaeda- and therefore connected to the 9/11 attacks.

“Iraq is collapsing. The Middle Eastern nation, where nearly 4,500 American lives were lost and nearly one billion dollars were spent from 2003-2011 to oust a dictator and rebuild a nation, is approaching chaos, perhaps even “failed state” status.”

The deterioration in Syria and the invasion and spread of extremism in northern and western Iraq is putting the “cradle of civilization” under the control of theMiddle East’s most militant, ruthless and vile Islamic extremists.

They proffer no future for the region’s inhabitants other than oppression under the guise of rigid adherence to Sharia law.

Extremist fighters from the Islamic State of Iraq and Syria (ISIS) — expelled from Al Qaida because of its extreme militancy — have seized Iraq’s second largest city of Mosul and took possession of Ninewah Province, after taking Fallujah and Ramadi just west of Baghdad late last year. They quickly moved south to Samarra and Tikrit, capturing both cities with little government resistance. They also seized Iraq’s largest oil refinery in Baiji. The militants have made no secret of their objective: Baghdad.”