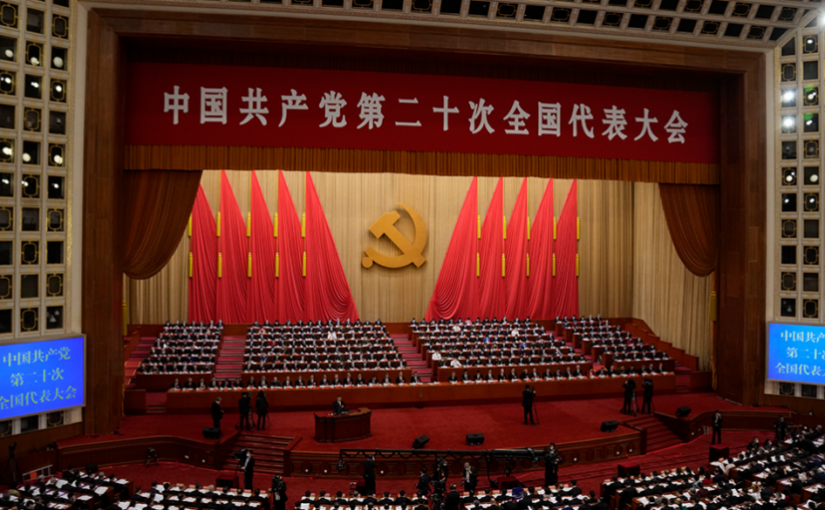 The Left Should Resist The Propaganda War Against Beijing

Note: The following Morning Star editorial highlights how absurd it is for ordinary people in Britain to blindly accept the dominant anti-China narrative, pointing to the impressive progress China has made in improving people’s lives at a time when Britain has been suffering under a brutal austerity and neoliberal free-market fundamentalism.

For example, while wages have consistently fallen in real terms over the last decade in Britain, in China they have been increasing at a rate of 10 percent per year. Meanwhile, while “China is developing mass rapid transit systems and leading the world in green technology,” Britain is “actively degrading its transport network and subsidising fossil fuel profits.”

The purpose of this relentless propaganda against China is to build public support for the New Cold War. The article concludes: “It is time socialists adopted greater scepticism towards our rulers’ claims about China. They are aimed at enrolling us in the defence of US and British imperialism — and undermining our systemic challenge to capitalism at home.”

Rising prices, falling living standards, a government in turmoil although united around its anti-union, anti-democratic and anti-environment agenda — but at least we don’t live in China.

That’s been the message of an amplifying propaganda discourse against Beijing in the run-up to its 20th Communist Party congress, which opened today.

Read Martin Wolf or Gideon Rachman in the Financial Times, and China’s economic policies are disastrous, even if they have delivered (as Rachman notes) “thousands of miles of new motorways and high-speed rail over the past 20 years” and made “Western executives sigh in envy at China’s ability to plan for the long term.”

Of course, it is from a poorer base. But China’s GDP grew by 120 per cent between 2010 and 2020. So wages have outpaced GDP growth in China, while in Britain wages flatlined even while the economy was growing.

Western media ridicules China’s zero-Covid policy. Yet China has continued to outpace Western countries economically throughout the coronavirus crisis, and avoided the extremely high mortality figures of the West. Chinese people have been 270 times less likely to die from Covid than British people. By any rational measure its approach should be regarded as more successful than ours.

The US’s economic war on China is disrupting global supply networks, stymying scientific co-operation and costing jobs. In Britain it has seriously delayed major infrastructure projects like 5G. Liz Truss’s plan to declare China an official threat will only worsen these trends.

Challenging the anti-China narrative is important for several reasons.

It’s prompted by hostility to an alternative to Western institutions like the World Bank or International Monetary Fund, with China increasingly offering development loans and assistance not tied to the neoliberal reforms these organisations insist on.

No leftwinger should endorse the framework of international trade and investment regulations established and policed by Washington and its allies, which is hugely exploitative and has held back the global South, not assisted its development.

Yet maintaining this system is the motive for hostility to China. Western governments are clearly not sincere in their professed concern over alleged human rights abuses or authoritarianism: these do not preclude cosy ties with Narendra Modi’s India or Mohammed bin Salman’s Saudi Arabia or Jair Bolsonaro’s Brazil.

The new cold war is also bad news for ordinary people in this country. It justifies increased arms spending when public services are under attack and militaristic showboating that risks catastrophic war.

It provides a line of defence for a Westminster system that is otherwise largely discredited and, on “national security” grounds, undermines opposition to increasingly authoritarian legislation in Britain.

Nobody is advocating a Chinese-style political system in Britain: it has evolved according to that country’s particular history and experience.

But there is much that could be learned from China.

Its success with high-speed rail (which has measurably reduced more polluting domestic flights) should encourage demands for similar projects here. So too should its huge investment in renewable technologies.

And the role of planning in its economy more broadly contrasts with the chaos and immiseration resulting from Britain’s market-first approach.

Swallowing the anti-China propaganda blinds Britain’s left to these realities.

It is time socialists adopted greater scepticism towards our rulers’ claims about China. They are aimed at enrolling us in the defence of US and British imperialism — and undermining our systemic challenge to capitalism at home.