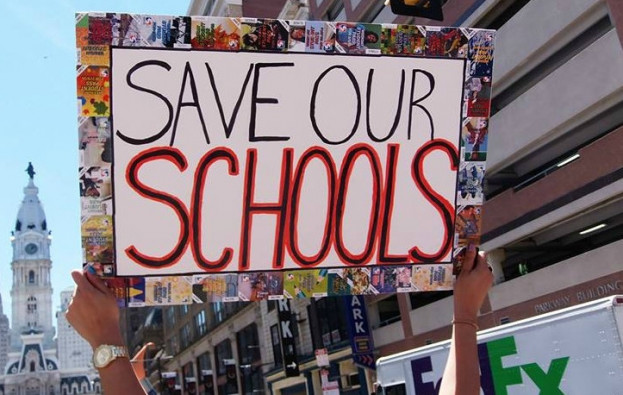 The Long Game: Where Art Thou Public Education?

The privatizers are busy at work. Unless you live under a rock (a tempting thought lately…) you probably feel like I do every time you turn on the news; the sensation of riding the Tilt a Whirl while taking ‘shrooms. It’s exhausting at best, and terrifying at worst; trying to untangle what is happening around us. Take Devos and her anti-Grizzly platform as the prime example of current insanity. 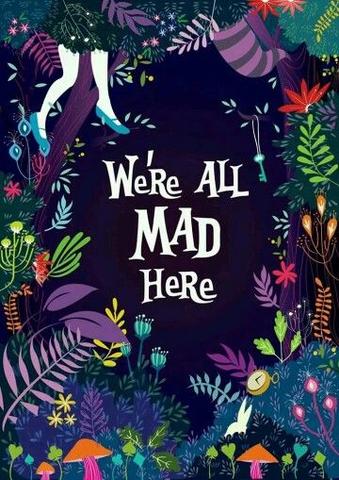 The most recent effort toward destroying public ed comes in the form of the Choices in Education Act of 2017. I live in Maryland along with Andy Harris (R) who is co-sponsor of this bill. (lucky me).

Many activists fighting against education reform are already on top of pushing back and calling for action against this bill, as well they (and we) should be. Like many of my friends and colleagues I am also strongly opposed to a voucher system for school funding and this bill.

But beyond an effort to reject this bill, I wonder —  what is the goal of the long game? and dare i ask …how much of a difference would this bill make whether it passed or not? I know that sounds jaded. The bill is a total shit shop. But let’s zoom out.

Take a deep examination of the larger chess board.

The agenda set forth in this Choice bill can be found in other iterations within the fine print of ESSA, a bill crafted by Lamar Alexander. which many public education advocates supported (I did not). I did not support ESSA because, despite all of its nice sounding promises, the devil was (as always) in the details. ESSA, like Choices in Education Act opens the flood gates for vouchers, charters, and other forms of privatization. So while I do oppose the Choices in Education bill…. We need to be fighting a much bigger game.

We cannot win this fight by shooting down every single bill they throw at us, because they have endless money, resources, and legal power to keep ‘em coming. How many letters and calls to representatives who are likely already sold out can we make? They could win simply by exhausting us… by having us chase every single bill they peel off the ALEC playbook. I suggest that we pause and zoom out and take a long look at what is to come and develop a long game strategy above and beyond our short game battles.

For example, the alt right agenda from Breitbart also opposes the Choices in Education bill.

You know you’re down the rabbit hole (as a progressive “leftist”) when are you are opposing the same bill as them! Breitbart folks are opposed to the governmental oversight (strings attached) of school choice that come with this bill. Conversely, progressive advocates for public education oppose this bill because it opens the flood gates for vouchers which are harmful to the support needed for public schools. So in swatting down this bill….do we win? Or, does the alt right? Can we both win at the same time when we want such dramatically different things?

This Choices bill both opens the portal for greater voucher schemes, yet keeps those religious and private institutions on a tighter leash of accountability. That’s the funny thing about words like accountability—it’s a double edged sword. If you are a left-leaning person, you might wish to see greater accountability for religious, charter, and other private institutions who want to replace science with creationism and engage in all types of exclusionary practices. We like accountability when it is in the name of ensuring equity of resources or quality. But accountability is a fickle creature-it turns on us and becomes NCLB and high stakes testing. So we find that the things in themselves are only as good or as bad, or something we support or not, to the extent to which they serve us and our interests.

Betsy Devos is a train crash. But the groundwork to privatize public education was laid well in advance of her hair- brained appointment. (30 years by my estimate). It was laid by a TWO party system.  As Glen Ford of The Black Agenda Report  says, “In their zeal to confront and delegitimize Donald Trump, the Democrats primp and posture as if in genuine opposition to President Cheeto’s governance-by-billionaires. But, charter school privatization, like U.S. wars, is a project of both wings of the ruling class duopoly.”

So we have been punched in the face by the likes of Devos and a corporate conservative agenda, but we have also been stabbed in the back by the pseudo-liberal Democrat efforts to roll out a “kids-for-profit” plan under the guise of “civil rights.” The tinder was laid. Betsy just needs to light the match.

Look at the long game. Whether we swat down every bullshit bill Devos or other representatives of ALEC put forward or not, the dismantling of public education might go on while we are otherwise distracted. The tentacles of a corporate agenda are so deeply baked into our public schools. Competency Based Education (CBE) does exactly the same thing that charters do- it puts public monies into private hands, and allows private interests to determine the educational outcomes for children.

So the opposite of charter schools is no longer simply traditional “public” schools as they are now (infused with outsourced curriculum and assessments). ESSA both supports the open-faced goal of supporting more charters but it also promotes the close-faced goals of privatization under the guise of “public.” The corporate agenda has cornered the market in every conceivable direction.

They strategize by looking at the long game. So should we.

What do we want?

We can play whack-a-mole and knock out every bill they drop into the chute. But we need more. We need to clearly focus on what it is we want, and see how the corporate reformers play this game. Not only through blatant affronts to democracy via vouchers, but also through bait-and-switch, and through high jacked narratives (as was done once upon a time with testing and charters sold to us in the name of equity, though now we are largely wise to that game—we need to remember that tactic and learn from it).

ESSA and this Choice Act both are set up to deliver the same outcome. http://www.pegwithpen.com/2016/04/the-opt-out-irony.html

They only look different from the outside, but read the details: philanthropic control via community schools (or) vouchers, pay-for-success, predictive analytics, online corporate outsourcing….they all lead to the same end. ESSA supporters promised that this policy would relieve us of the burden of annual standardized testing, but instead we got every day online assessments. Different delivery system-same outcome-corporate ownership of profits, curriculum and student data.

We need to focus efforts on the long game and see how deeply intricate the connections are intertwined. They exist beyond party partisan politics and plays on language (what’s the difference between “grit” and endorsement of socially/affective learning? Nothing…except a few vowels…and the child’s skin color). Forget the names – they are designed to sound good, like “personalized learning“:…. and look at the details. Are community schools truly community schools? Sometimes… but not always, and increasingly less so as privatizers have learned how to insert themselves like an odorless gas that cannot be detected in a house ready to explode.

What does “public” in public education mean? What constitutes its definition and purpose?

Historically, public education has failed to deliver on its promise for ALL children. Historically, many of the roots of public education are rooted in a neoliberal goal to manage the poor, the disenfranchised, the immigrants, the newly-freed enslaved and indigenous peoples. It’s not a noble history. But public schools retain a noble promise. And now we are faced with their dissolution. Public education SHOULD mean:  democratic, equitable, student-empowerment, freedom from corporate overlords, accessible, sustainable, community supported, anti-racist education for all children in support of the communities in which they live.

I believe this is possible -and the alternative unimaginable.