Using the Survey of Consumer Finances, I calculated various wealth series for young families with heads below the age of 35.

Here is median net worth for young families. I include both the net worth concept used by the Federal Reserve and a modified net worth concept that excludes vehicles. Insofar as vehicles are rapidly depreciating consumer durables, many argue that they should not be counted as assets for these purposes. Without these vehicles, the median young family had a net worth of $1,250 in 2016. This was down from the $7,846 peak in 1995. 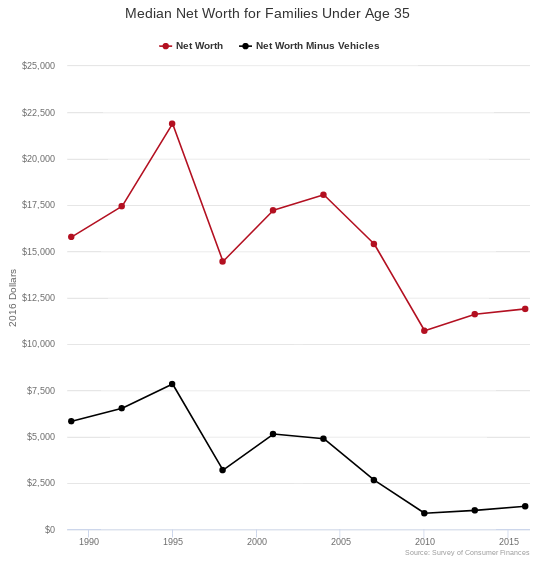 Here is the same graph but using means rather than medians. 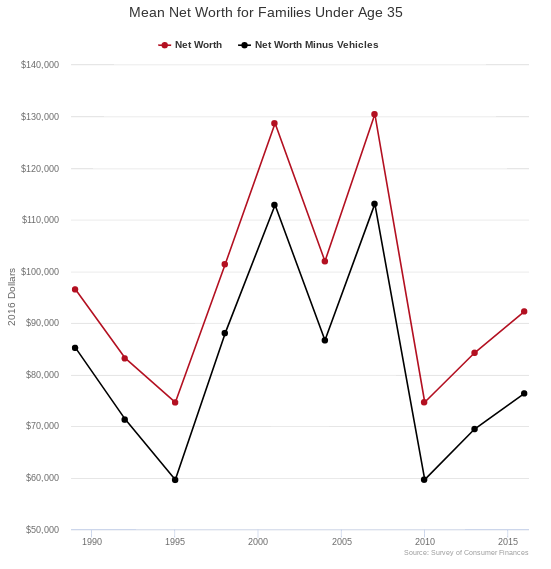 The next graph provides greater detail for the mean wealth of young families. It shows the value of various assets that go into calculating mean wealth. One major trend here was the run up of home values just before the Great Recession. In 2007, the mean young family had primary residence assets equal to $113,079. In 2016, they only had primary residence assets equal to $69,076. 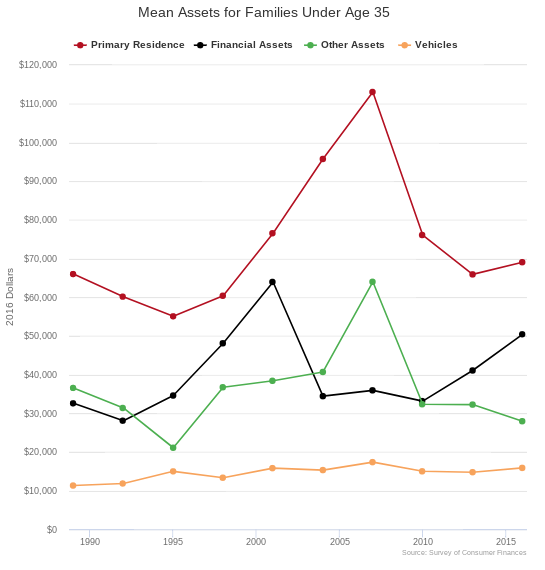 The next graph also provides greater detail for the mean wealth of young families. It differs from the prior graph in that it shows major debt categories rather than major asset categories. Once again, the most conspicuous trend here is the run up of home debt during the housing bubble and the subsequent decline of that debt after the bubble burst. 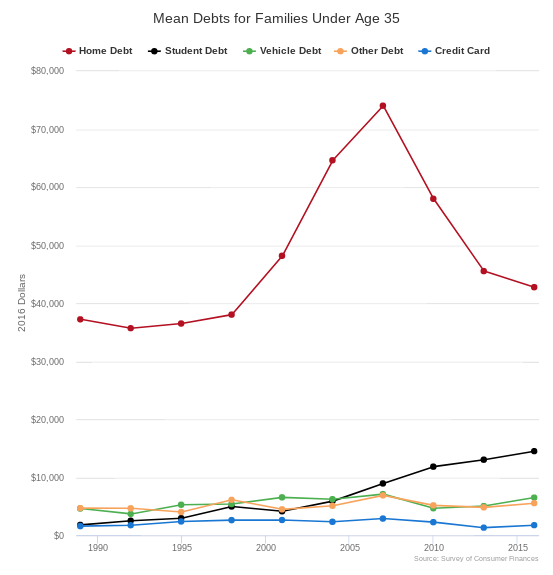 Another major debt trend is student debt. This is better seen in the graph below, which shows how debt levels have changed in percent terms since 1989. Student debt increased over this period by 702%. The next closest debt category was vehicle debt, which only increased by 40.7%. 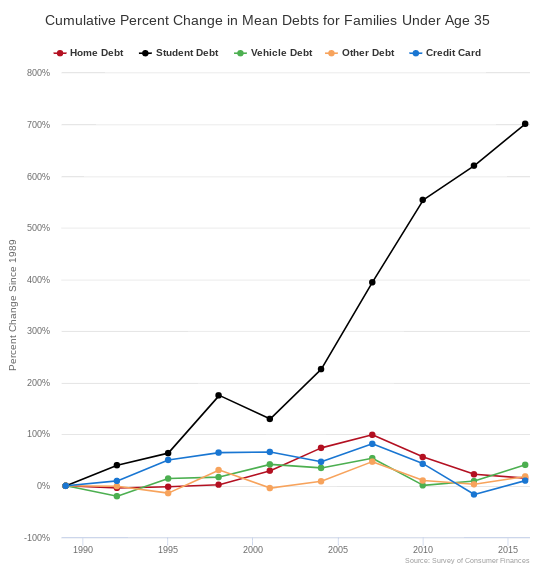 Rising student debt levels in part reflect the fact that more kids are going to college than ever before. This ever-increasing rate of college attendance is promoted on the theory that pushing people through college increases aggregate “human capital,” which will drive incomes higher. But the incomes of young families haven’t gone up. Both the mean and median income of young families peaked in 2001. 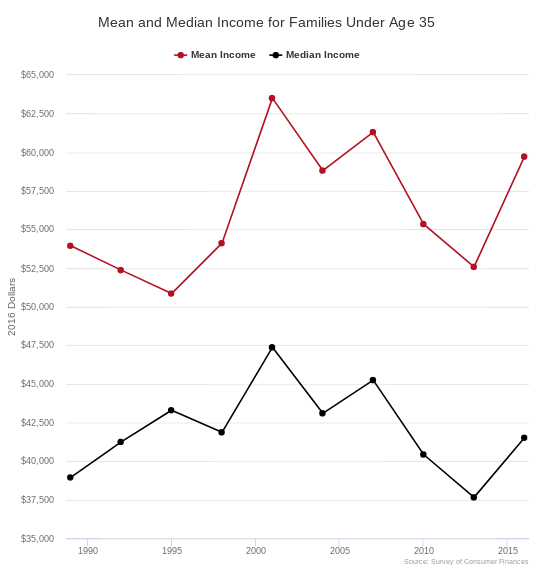 Younger people have lower incomes, higher debts, and virtually no wealth to speak of. They have seen their schooling not pay off and spent the entirety of their young working life in an economy operating below full employment. You don’t need to be an economic reductionist to understand why they were primed for Bernie Sanders and why so many view “socialism” favorably.