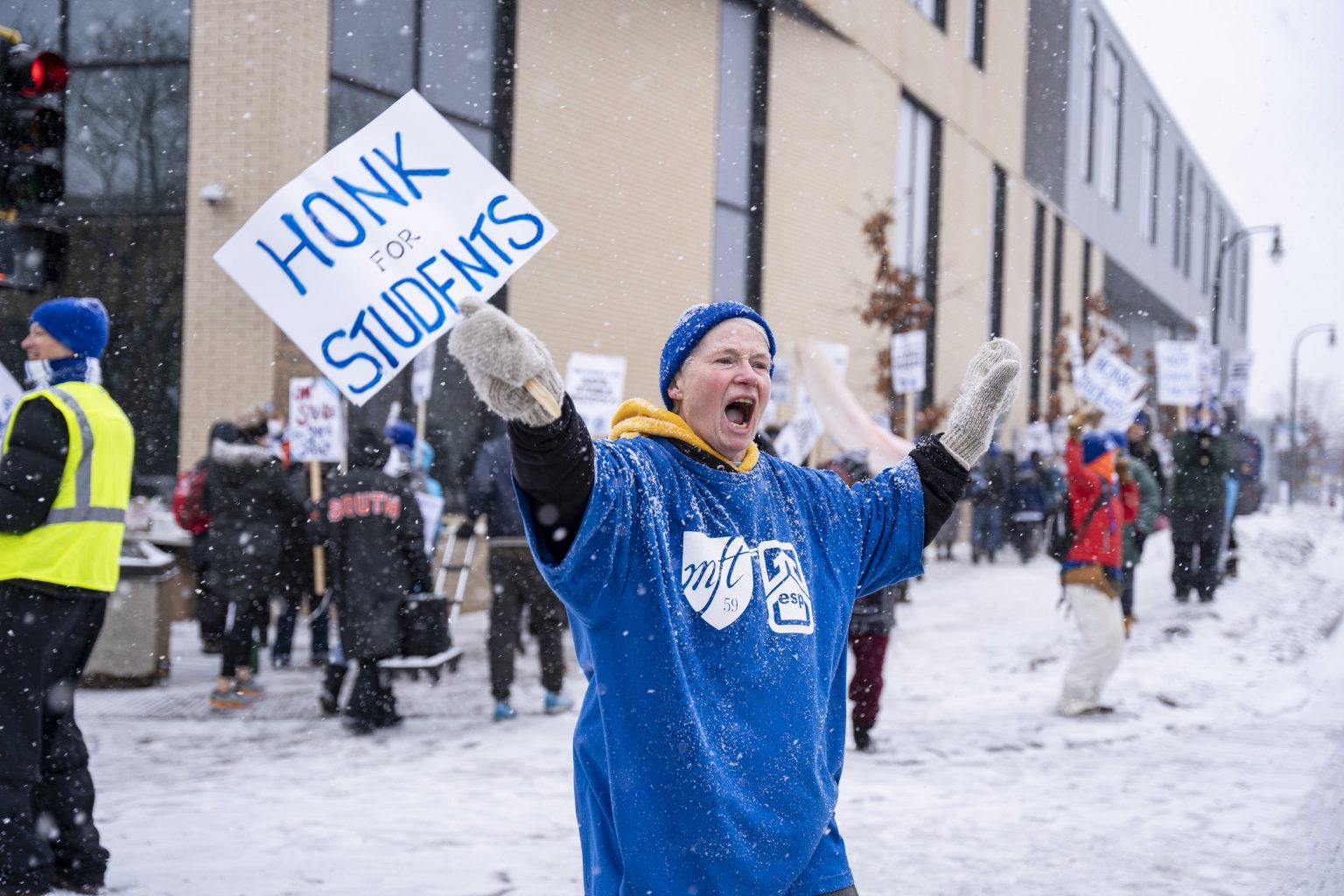 The Minneapolis Public School District reached a tentative agreement with the teachers’ union and only a few hours later, called families and teachers to say the strike is over.

But teachers have the right to read the proposed agreement, discuss and decide. The strike isn’t over until rank and file teachers say it is.

As Minneapolis teachers are nearing the end of the third week of their strike, a tentative agreement was reached early Friday morning between the union’s negotiating team and the Minneapolis public school district.

Before the agreement was even released to the teachers, the district began flooding parents and educators with messages that classes are back on Monday.

This is a lie.

A tentative agreement does not end a strike.

Only the workers on strike (in this case, the teachers and support staff) have the ability to do that — and they need time and space to read the tentative agreement, discuss it among their co-workers, community members and families, and then vote on it. The TA will be voted on by the rank and file on Sunday. Educators have the right to vote in favor or against the agreement.

The strike is not over until the teachers say it is. And it’s certainly not over before teachers even get to read the contract.

Make no mistake, the goal of the school district here is to create confusion, intimidate teachers, and erode community support for the strike.

Throughout the strike, there has been broad community support for the strike, expressed in donuts delivered to picket lines, in cars honking in solidarity as they pass, and even a student occupation of the Davis Center, where negotiations are being held.

At the Henry High School picket line, one teacher, speaking on the megaphone to a crowd of staff and students said: “Don’t believe [the robocalls]. We have to vote on the contract first. It is a tactic that MPS is using to get us to vote ‘yes’ on the contract, but we are still in charge. We are in charge. Who’s got the power? We got the power!

”The community understands that teachers are on strike to improve the learning conditions for their kids. This is a strike for Minneapolis kids and the Minneapolis community, as much as it’s a strike about teachers.

Teachers are striking not only for salary increases, but also for a better education for all students. This includes hiring more guidance counselors, recruiting and retaining teachers of color, and offering smaller class sizes. They are also demanding higher wages for Educational Support Professionals who earn as little as $24,000 a year. They know that Minneapolis has the money — the city just increased wages for police officers, and there is a $9 billion surplus in the state of Minnesota.

Some teachers are demanding that the Tentative Agreement not be voted on until Monday. As one teacher said to us: “We need more time to look at the contract … The strike is not over. We are still here, wondering what agreement has been made. We need to meet as a school community to decide if we should approve it or vote no on it.”

Similarly, students who have been occupying the Davis Center, where contract negotiations were taking place, said: “We know how the MPS said we would be going back to school on Monday. But we’re waiting for the call from [the union], we are waiting for your guys’ approval because I know you want what is best for me and my peers. We will be by your side if we go back to school on Monday, in three weeks…”

When students organized a sit-in at the Davis Center, one of the administrators asked a few students to meet privately, away from their peers, to discuss their demands. The students refused. They argued that anything that had to be said should be said in front of all students.

“We are not one, we are all of us,” one student declared.

The same spirit applies here. It’s not up to a handful of people to decide when the strike is over. It’s up to all the teachers and ESPs. And it’s essential that those on strike have time and space and structure to discuss the contract.

Every morning, teachers are on picket lines at their school. Sometimes they get in a circle and listen to announcements. Now, teachers need to meet, with the tentative agreement in hand and decide on whether this is an acceptable contract. Each school, where teachers and community members have been gathering to fundraise, have coffee or share a meal, should become a space for democratic discussion — to listen to each other, to weigh the options and then to vote.

A tentative agreement does not mean the strike is over. The teachers must discuss and democratically decide on their plan of action.