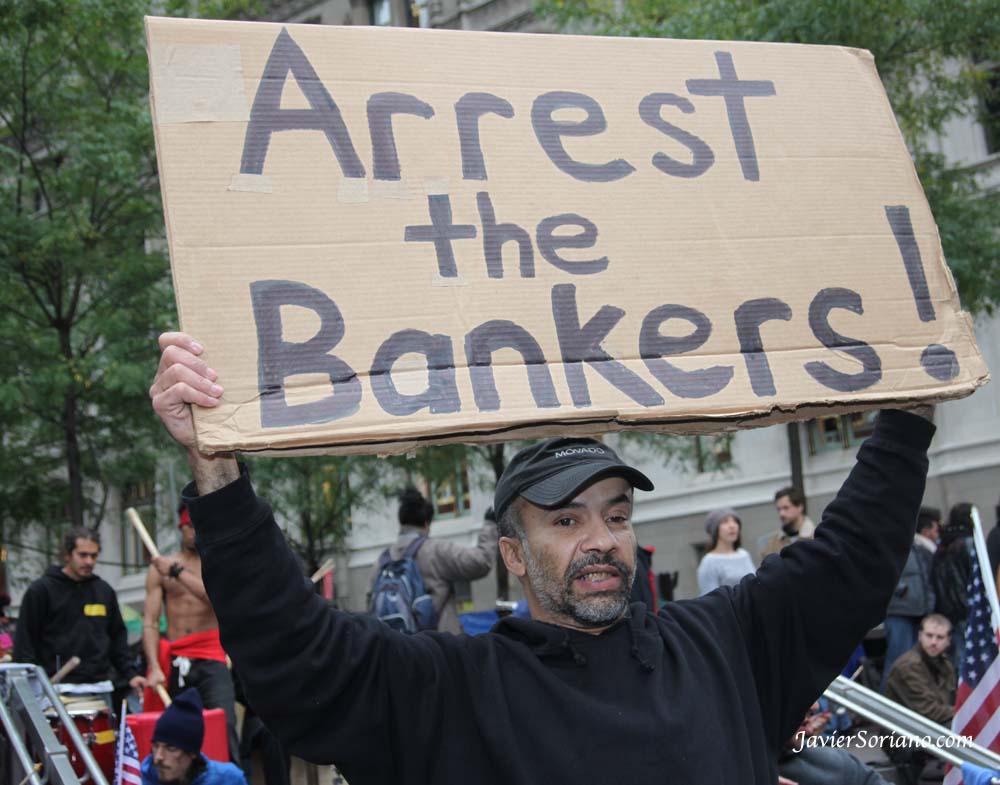 The Much-Ballyhooed JP Morgan Settlement Is Just a Scam!

Here’s how this so-called “big” fraud settlement is itself a big fraud.

The first thing you need to know about JPMorgan Chase’s long-awaited $13 billion dealwith the Justice Department — to settle a number of civil lawsuits related to the fraudulent sale of mortgage-backed securities — is that it’s not a $13 billion deal. $4 billion of this figure, over 30 percent, was announced almost a month ago as the conclusion of a lawsuit between JPMorgan and the Federal Housing Finance Agency.

So, let’s talk about this $9 billion settlement. Even that headline number doesn’t really reflect the actual penalty to JPMorgan Chase’s bottom line. Nearly half of the figure comes in the form of “mortgage relief,” which an independent monitor (and what’s so independent about a monitor chosen by the bank?) has four years to distribute. Any time you extend the time horizon of a penalty, you’re reducing its real value. And in this case, there’s not much value here to begin with.

The bank only has to put $1.2 billion of the $4 billion into first-lien principal reductions for homeowners facing foreclosure. $300 million goes toward extinguishing second liens, like a home equity line of credit. Another $300 million is earmarked for principal forbearance, where the homeowner still owes the money but gets to skip a few immediate payments. $2 billion would go toward interest-rate reductions or refinancing or even writing new mortgages for moderate-income borrowers (that’s a penalty, writing mortgages that pay the bank interest?), and the balance toward anti-blight provisions like bulldozing homes or buying out properties where the bank has delayed foreclosure.

Almost none of this represents a real penalty for the bank. It performs anti-blight procedures annually in its normal course of business. Principal forbearance has minuscule long-term cost. Second liens that typically cannot be recouped are worthless to a bank, and it’s hard to say it “costs” anything to extinguish them. The bank is even credited for writing down principal on loans owned by mortgage-backed securities investors, paying off their fine with other people’s money (the other people in this case being the very investors they defrauded!). And all the measures to help struggling homeowners actually help JPMorgan Chase in the long run, because it makes financial sense to modify loans rather than foreclose. It’s good to align financial incentives properly to force the bank to help homeowners now instead of kicking them out of their homes. But as a penalty for misconduct, it’s less than meets the eye, all told maybe 10 cents on the dollar to JPMorgan’s bottom line. Factor that in and you get a $5.4 billion deal.

As a side note, the principal reductions will actually hurt homeowners more than they help them, unless Congress extends the Mortgage Forgiveness Debt Relief Act. If not, all principal reductions of this type will be taxable income for the homeowner. Poor people who need principal write-downs to save their house don’t typically have bags of cash lying around to pay off tax bills they didn’t think they’d get. The hardship exemptions for homeowners who cannot pay the tax require significant tax planning, the functional equivalent of declaring bankruptcy to the IRS. It will be a nightmare for homeowners who get blessed with this “gift.”

It’s positive that the $5.4 billion deal stops JPMorgan Chase from trying to raid the FDIC to pay penalties arising from misconduct at Washington Mutual, the failed bank whose assets they purchased in 2008 (JPMorgan claims, against all evidence, that when they bought the assets, they didn’t assume the legal liabilities). But the bank can still try to take money from the FDIC receivership that liquidated WaMu as payment in a separate settlement, a $4.5 billion deal with institutional investors, also over the fraudulent sale of mortgage-backed securities. So JPMorgan hasn’t stopped trying to get the FDIC to pay off its debts, they’ve just changed the debts in the mix from public penalties to private ones. Since the FDIC makes its money from assessments on banks, this reflects JPMorgan trying to get its competitors to pay its fines.

Meanwhile, almost all of the deal, save a $2 billion penalty to the U.S. Attorney’s Office in Sacramento to settle a civil lawsuit, is tax deductible as a business expense. Assuming a 38 percent rate for deductions (as JPMorgan does) on $7 billion in business expenses, this knocks another $2.66 billion off the real cost to JPMorgan Chase. A ballyhooed $13 billion settlement winds up being closer to $2.74 billion. That’s less than what BP or GlaxoSmithKline paid in their Justice Department settlements.

Of course, as my colleague Alex Pareene pointed out weeks ago, it’s impossible for the punishment to fit the crime here, in monetary terms. If you calculate the actual harm done through fraud in the housing market and the impact on the broader economy, JPMorgan and its fellow banks would owe more money than they could ever scrounge up. Jail sentences for those who authorized and directed the conduct could at least create a deterrent for the future, but while criminal cases are not closed by this settlement, I will take all bets on whether they will ever come to fruition. JPMorgan is in fact cooperating with criminal casesagainst its former traders, the equivalent of having O.J. Simpson actually partner with police to find the real killer. You don’t cooperate with a transnational criminal enterprise, you dismantle it.

The statement of facts accompanying the settlement — where JPMorgan acknowledges that they and their affiliates sold mortgage-backed securities while knowing that the mortgages backing the bonds did not meet underwriting standards they promised to investors — would have been good to know before the bank settled mortgage-backed securities claims with private investors just last week. In fact, you could see the long delay in finalizing the settlement as deliberately facilitated by JPMorgan, so the statement of facts couldn’t be used against them in other cases.

This settlement, seen as a model for future Justice Department cases against banks, is supposed to be evidence of the impact of the vaunted financial fraud task force put together early last year. Let’s go back to when this task force was created.

Liberal activists wanted banks to pay hundreds of billions for their foreclosure fraud crimes through mass write-downs, effectively resetting the housing market and ridding homeowners of their “underwater” mortgages. Instead, the government settled for $25 billion with five banks (note: that number is inflated, too), and in the bargain, created this task force. At the time, I and other reporters and activists were told that the task force would strike at the heart of the problem, fraud in the packaging and sale of mortgage-backed securities. The liability attached to that fraud, the story went, was much higher than for the robo-signing scandal or other abuses of homeowners. Law enforcement could “build a bigger table,” creating the conditions for forcing much larger payouts by the banks.

How did that work out? The top-line numbers look robust from a public relations perspective, but I’ve already pointed out how they don’t reflect reality; in fact, the $1.2 billion in first-lien principal reductions is less than JPMorgan Chase’s obligation under the original foreclosure fraud settlement. Nearly two years into the task force, there’s no bigger table. Nobody has seen the inside of a prison cell; no criminal subpoenas have even been issued. And the monetary penalties are not shaking JPMorgan Chase or any other bank to their core. In fact, in this case, the people who might get hurt most are the homeowners.

It’s beyond clear that giving away indemnity for illegal foreclosures to get the resources to prosecute the “real” fraud was a bait-and-switch. The very premise was flawed; you don’t indemnify one set of crimes to get to the other, you prosecute wherever possible. This idea of a “new aggressiveness” from the Justice Department on prosecuting big banks is hokum. The giveaways may be sneakier and more well-hidden, but they’re still giveaways. And accountability is still nowhere to be found.

David Dayen is a freelance writer based in Los Angeles, CA. Follow him on Twitter at @ddayen.