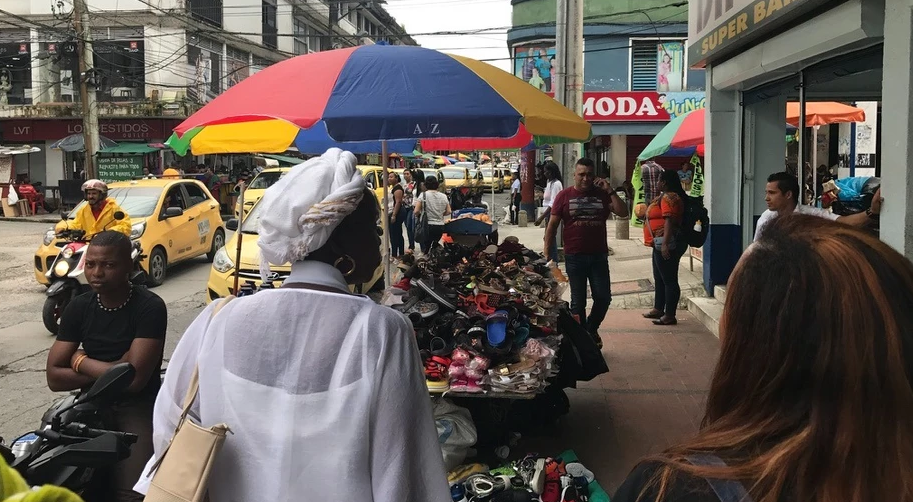 The Need For A Feminist Lens

The Black Experience in the Americas has always been, by circumstance, design and by purpose, inextricably tied to the land and to forms of Resistance expressed through different peoples in different territories throughout the Americas. Climate change affects communities and regions differently, even within the same country, depending on their cultural, economic, environmental, political and social context. But climate change also affects people differently within these same communities and regions depending on their race and genders, both at an individual and collective level.

For Black communities, an underspoken issue that is usually left out of organizing spaces related to climate change is migration. Migration¹ due to climate change within African Diasporic communities, has mostly been internal, and increasingly means that families move from rural to urban cities, thus becoming internally displaced people (IDP’s)². But when climate impacts interact with conflict, violence and creates further hardship it increases and many times forces individuals and families to make the hard decisions to cross-borders and become international migrants. And for Black women specifically, the move from being an IDP to forced migration is even more devastating. But because the lens and vocabulary for this phenomenon is missing, the diverse realities of climate change in the lives of Black women is not a factor of discussion, let alone organizing and resistance.

This silence can be reversed by incorporating a grassroots Black Feminist perspective to climate change that apprehends the role that Black Women play in their societies, communities, and families in relationship to the environment (with the environment seen as an active participant and not just as a object).

A Black feminist perspective to climate change adds an intersectional relationship, that recognizes multiple identities (and forms of oppression), for example, race, gender, age, class, migration, etc. and their relationships not only with each other, but also with people and communities that are like them. A grassroots Black feminist analysis to climate change, adds a layer of understanding to climate, race, gender and migration. It would not only mean study and research into the lived experience of women, it incorporates the multiple and expansive genders that exist, and expands the interactions of the environment with individuals and their communities. A grassroots Black feminist perspective would also takes into account other social interactions, such as the individual and collective ability to adapt or not to adapt to changing environmental threats that could impact demographics, economics, power relationships and political instability, that could then lead to shifts in access to basic human rights such as education, employment, health, recreation, etc. This perspective also understands that there is no “one size that fits all” analysis. A grassroots Black feminist analysis would understand for example, that the conditions of low income Black Women and Girls that live on their own land can translate to economic independence, that if lost because of state or non-state violence, the inevitable consequence is economic vulnerability and displacement.

In Latin America, for example, the specific national experiences and conditions of Black women and Girls are different, however, the issues impacting Black Women and Girls as a result of climate change and governmental policies are very similar because of the social/economic location of Black women and Girls in those societies. Displacement caused by hurricanes and landslides are going to be very similar for a Black community on the Pacific coast in Colombia and Black Garifuna communities in Honduras and Guatemala.

As the migration crisis grows rapidly in the Americas, and throughout the world, Black Migrants are faced with an urgency to find real solutions to the environmental impacts of climate change. Cities are growing, rural communities are also growing as cities are getting congested and transnational companies are moving into territories, in which Black and Indigenous migrants that are forced to move closer to areas in which trash is been deposited, such as open landfills, and increasing their vulnerability to health issues or exacerbate pre-existing ones.

Yet, for governments and even the movement, not prioritizing the impact that climate change has had on the lives of people(s) and specifically Black Women and Girls in these ethnic and racialized communities has proven to be the norm.

While the negative impacts generated by climate change and governmental policies representing anti-human interests of global capital have been detrimental for the people of the Americas and global South in general, for Black people already disproportionately impacted by structural racism, living in these communities adds another precarious dimension. But when we add gender into the analysis there is both a visible and invisible burden, weight and disproportionate impact that Black Women and Girls carry that shapes not just their day to day life experiences but can determine their future and their life outcome.

As we approach another migrant rights day and continue the process of deepening our analysis and organizational responses to highlight and fight for and with individuals forced through circumstances not of their own creation to leave their nations, let us add another lens that gives us the comprehensive view needed to ensure no one’s experiences are marginalized.

AfroResistance’s work which attempts to center the plight of Black women and girls is committed to further developing this lens. We recognize that the more developed our analytical tools are, the more effective we will be as a movement and the closer we become to ensuring that everyone’s rights are respected and protected.

¹ For the purposes of this paper/article, a migrant is any person who is moving or has moved across an international border or within a State away from his/her habitual place of residence, regardless of (1) the person’s legal status; (2) whether the movement is voluntary or involuntary; (3) what the causes for the movement are; or (4) what the length of the stay is. https://www.un.org/en/global-issues/migration

² IDPs stay within their own country and remain under the protection of its government, even if that government is the reason for their displacement. They often move to areas where it is difficult for us to deliver humanitarian assistance and as a result, these people are among the most vulnerable in the world. https://www.unhcr.org/internally-displaced-people.html