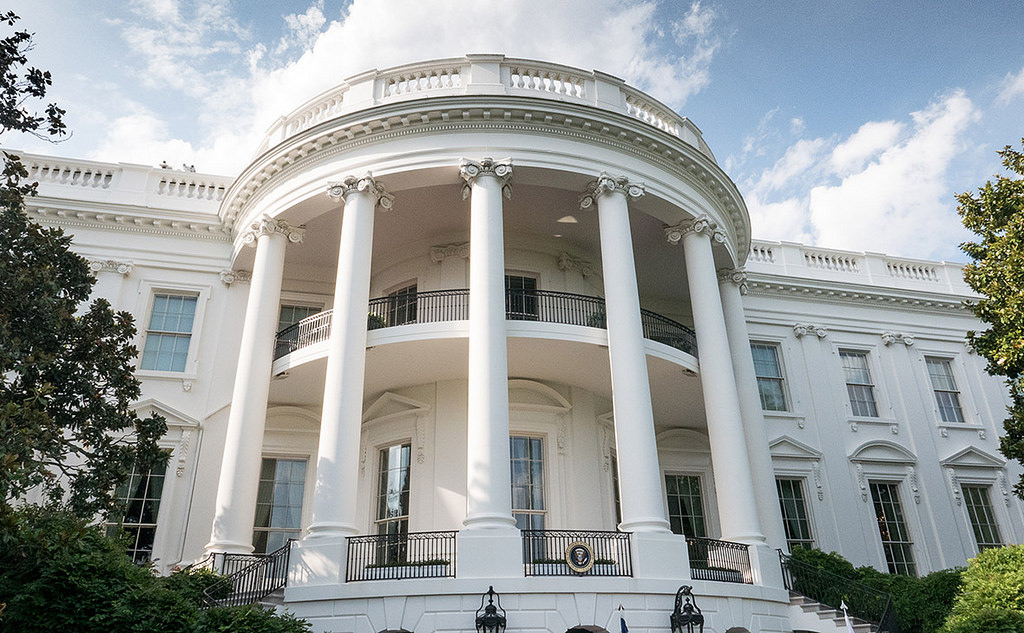 The end of the John Kelly chief-of-staff era in the Trump White House seems to be coming to an inglorious end. His one-year anniversary is July 31 but it is unlikely he will hang on that long. Mike Mulvaney, who Ralph Nader writes about in the article below, is the most likely replacement for Kelly. The other is Vice President Mike Pence’s chief of staff, Nick Ayers. Ayers is a right wing operative, surrounded by serious allegations of corruption with skeletons in his closet.  He has also been close to Jared Kushner, the president’s senior adviser and son-in-law, since the 2016 campaign. The Huff Post did a long expose on entitled Swamp Thing. As bad as the Trump administration has been in the Kelly-era, it is not going to get better, and is likely to get worse when either Mulvaney or Kelly become chief-of-staff. Of course, the problem in the White House is much bigger than the staff, the problems begin at the top with the president. KZ

Mr. Mulvaney’s title seems uninterestingly bureaucratic—director of the Office of Management and Budget (OMB). But as Trump’s chief hatchet man extraordinaire, Mugger Mick Mulvaney is easily one of the cruelest, most vicious presidential henchman in modern American history. From his powerful perch next door to the White House, he is carving a bloody trail against tens of millions of Americans who are poor, disabled, frail, and elderly. He has gone after defenseless children and injured or sick patients with little or no access to health care.

It is difficult to exaggerate the relentless, savage delight that this former Congressman from South Carolina—handpicked for Trump by the brutish, oil funded Heritage Foundation—takes in attacking the most vulnerable members of our society.

A human wrecking ball, Mugger Mick has pushed to eliminate the Meals-on-Wheels assistance for isolated elderly, to increase rents for poor tenants, to severely gut SNAP (food stamps) and nutritious food standards, and to diminish Medicaid. In addition the Trump administration wants to impose work requirements in Medicaid as a condition of eligibility.  Many adult Medicaid recipients are already working. Where will the new jobs come from? Those who want to work but can’t find jobs are not Mr. Mulvaney’s concern.

His hellish agenda, undertaken on behalf of his plutocratic rulers, is comprehensive. He wants to smash consumer, environmental, and workplace health and safety standards. To Mugger Mick, killing and disabling Americans doesn’t even qualify as collateral damage. To Mulvaney’s fevered, psychopathic mind, eliminating Americans’ health and safety protections is worth it if it means “efficiency” and less spending of tax dollars (more on that lie later).

He even would plunge a dagger into Social Security and Medicare. President Trump has the political sense to restrain Mugger Mick from this attack on the elderly. However, biding his time, Mulvaney has led the campaign for the enacted corporate and wealthy tax cuts that are already swelling the forthcoming massive deficits.  Mulvaney wants to use the deficit to persuade Trump eventually to butcher these two pillars of our society’s foresight and compassion for seniors.

The New York Times reports that Mulvaney is at the core of the Trump regime’s “rollback in the enforcement of fair housing, educational equity, payday lending and civil rights cases pursued aggressively under the Obama administration intended to protect vulnerable populations from discrimination and abusive business practices.”

Nowhere has Mugger Mick been more blatant about his ugly mission than in his efforts to freeze and dismantle the Consumer Financial Protection Bureau (CFPB). The CFPB was created after the Wall Street collapse of the economy, which displaced millions of workers and drained trillions of dollars from pension and mutual funds. Remember Wall Street then had to be bailed out by America’s taxpayers.

Mulvaney has jettisoned ongoing enforcement actions, driven or reassigned personnel, zeroed out the CFPB’s first quarter budget, and prioritized the protection of Wall Street in the CFPB mission statement.  How grotesque a response to the corporate crime wave in this country that has been stealing trillions of dollars from defenseless consumers, workers, and investors!

There is, of course, more to this colossal bully.  Mulvaney is also a colossal coward and a greasy hypocrite at that. He shuts his foul mouth when it comes to the bloated defense budget and the corporate contractors profiting from endless Pentagon golden handshakes. He shuts his mouth when confronted with thousands of corporate subsidies, handouts, giveaways, and bailouts. In these crony capitalistic binge arenas, he demands no corporate self-reliance or worries about taxpayer losses. Why would he argue with his future paymasters and the corporate donors who funded his prior Congressional campaigns?

Mugger Mick is a walking candidate for impeachment, a poster boy for high crimes and misdemeanors, as well as a lawsuit by members of Congress for the deliberate dereliction of duties that aids and abets corporate criminality. Every day he has been systematically defying and violating existing Congressional mandates, called federal statutes.

So where are the Democrats? Aside a few members such as Senators Elizabeth Warren and Sherrod Brown pummeling Mugger Mick at Congressional hearings that go nowhere, action by the Democratic Party on Capitol Hill is largely AWOL. Mulvaney just laughs at the Democrats’ verbal darts.

Forget about their own pride, these lawmakers have little fortitude in preserving the best work of their forbears in Congress and in the White House. They’re too busy having fun ridiculing Trump’s foibles, fibs, and fantasies. Such distractions may well cause them not to urgently focus on what is happening to the American peoples’ freedom, urgent necessities and livelihoods emanating from the Trumpsters and their media ditto heads.