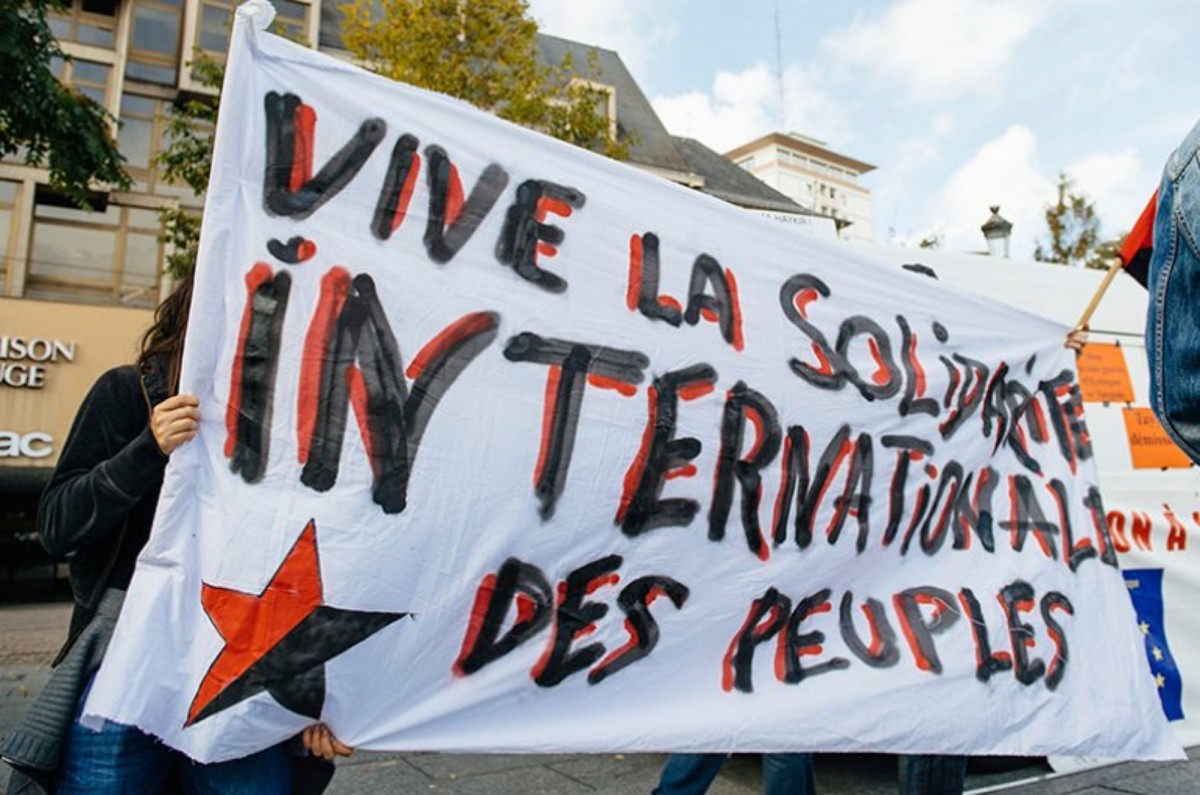 A Progressive Vision To Counter US Dominance

The People’s Summit for Democracy.

Biden’s insistence on continuing the U.S. policy of exclusion and aggression against Latin America has made his summit a failure before it has even begun.

In a recent interview, Brian Nichols, the U.S. assistant secretary of state for Western Hemisphere affairs, was asked the question that is on everyone’s mind ahead of the June 2022 Summit of the Americas in Los Angeles, California: Will three particular countries in Latin America (Cuba, Venezuela, and Nicaragua) be invited? Nichols responded with neither hesitation nor equivocation that the answer was no. Speaking on behalf of President Joe Biden, he further added that countries whose “actions do not respect democracy”—as the U.S. government views these three countries and others like them—“will not receive invitations.” Nichols’ seemingly offhand comment, said with the usual arrogance of U.S. officials and calling the three countries “regime[s that] do not respect [democracy],” sent a shockwave through the region that the U.S. was likely not expecting.

Throughout Latin America, the reaction was immediate. Leaders such as Mexican President Andrés Manuel López Obrador, Bolivian President Luis Arce, and Honduran President Xiomara Castro, as well as several heads of state from the Caribbean Community (CARICOM) including Antigua and Barbuda’s Prime Minister Gaston Browne and Trinidad and Tobago’s Prime Minister Keith Rowley, all expressed that they would not participate in the summit if the exclusions of Cuba, Venezuela, and Nicaragua were maintained. CARICOM has called for a summit that ensures “the participation of all countries of the hemisphere.”

Biden’s insistence on continuing the U.S. policy of exclusion and aggression against Latin America has made his summit a failure before it has even begun. Mired in controversy and criticism, the Biden administration has not been able to build consensus around any common agenda because of the double standards it creates.

While the U.S. may have already moved on, the memories of recent coups and interventionist plots by the U.S. government in the region are still fresh. The U.S. and the Organization of American States (OAS) both helped engineer a coup in Bolivia in 2019 that overthrew a democratically elected government.

There Is No Americas Without Cuba

The summit since its inception has been met with skepticism by progressives across Latin America due to the outsized or, more accurately, domineering role played by the U.S. and the OAS with regard to invitations, agenda, and vision. However, this year the U.S. seems to have underestimated the important political shifts in the region and their impact on the political legitimacy of the U.S.

The U.S. does not seem to have anticipated any challenges to its leadership of the summit, but the pushback against U.S. hegemony comes as no surprise to most Latin Americans and those around the world who have been following the region’s politics of late. Since the last summit in 2018, the political map has undergone radical transformations. Not only are progressive governments outnumbering reactionary ones across the region, but many of them emerged precisely out of a deep rejection of U.S.-backed governments and policies, and the conditions that they create for the people.

Across the region, countries whose public sectors were undermined for decades by U.S.- and IMF-imposed neoliberal policies saw their societies and economies devastated during the COVID-19 pandemic. According to the United Nations Economic Commission for Latin America and the Caribbean (ECLAC), due to the COVID-19 pandemic, the extreme poverty rate in the region rose from 13.1 percent in 2020 to 13.8 percent in 2021, representing a setback of 27 years. At more than 2.7 million deaths from COVID-19, the Americas represent 43.6 percent of global COVID-19 deaths despite constituting only 12 percent of the world population.

The outliers in this general trend of economic crisis and humanitarian emergency were Cuba, Venezuela, and Nicaragua, which suffered some of the lowest rates of deaths from COVID-19 in the region and the world due to their comprehensive strategies of, above all else, putting the health and well-being of their citizens before profits.

This policy extended beyond their national borders. From as early as March 2020, Cuba was already sending medical brigades to countries across the region and the world to support their responses to COVID-19. With Cuba’s development of five vaccines against COVID-19, the country has worked closely with other global south countries to distribute vaccine science and technology to promote localized production and distribution; meanwhile, U.S. pharmaceutical and biotechnology companies like Pfizer and Moderna were turning record profits. At the height of the pandemic in Brazil, Venezuela sent oxygen to the city of Manaus, which had run out of the vital supply despite pleading for federal aid from the Brazilian government under President Jair Bolsonaro.

It has become glaringly clear that countries in the region have everything to gain from maintaining cooperation and partnerships with the countries the U.S. declares to be its enemies.

The U.S. excuses its aggressive policy against Cuba, Venezuela, and Nicaragua by citing these countries’ alleged human rights violations and the so-called threats that these countries pose to democracy.

However, many have started to question what kind of democracy exists in a country where 1 million people have died from COVID-19, 2.2 million people are in prison (accounting for more than 20 percent of the world prison population), where police kill an average of three people a day (with Black people being 2.9 times more likely to be killed by police than white people), and where $801 billion is spent on the military (the U.S. makes up 38 percent of global military spending).

The majority of people in the Americas have rejected this hypocritical moral high ground and the premise that the U.S. has the right to decide who participates in what forum and with whom. This is why a coalition of more than 100 organizations from across the region have come together to organize the People’s Summit for Democracy to counter the improperly named “Summit of the Americas.”

The People’s Summit carries forward the legacy of movements against neoliberal capitalism and U.S. imperialism that have organized counter-summits every time the U.S. organizes its Summit of the Americas. The People’s Summit will be held in Los Angeles, California, on June 8-10, and seeks to bring together the voices of people whom the U.S. would prefer to silence and exclude. Immigrant organizers in Los Angeles will take the stage with landless rural workers from Brazil to discuss their visions of democracy for all. Feminist organizers from Argentina to New York will share strategies of how to fight for abortion access and counter the reactionary right-wing attacks on women and LGBTQ people.

These unprecedented times call for more cooperation and less exclusion. While unfortunately the U.S. government also denied the visas of a 23-person delegation of Cuban civil society to the People’s Summit, the bonds between the Cuban people and the people of the Americas are unbreakable, and despite their best efforts, the U.S. cannot silence the aspirations of the people.

For the Americas, which are on the cusp of transformative times, the age of the Monroe Doctrine is over.