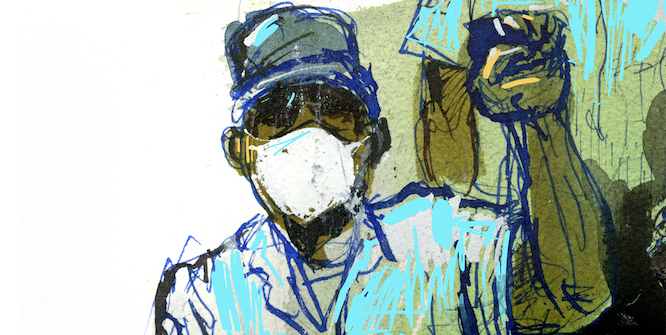 The Political Economy Of Racial Inequality

The material causes of racial inequality can be overcome only with massive economic distribution.

In 1965, in response to President Lyndon B. Johnson’s anemic War on Poverty legislation, the labor and civil rights leaders A. Philip Randolph and Bayard Rustin joined with Leon Keyserling, the former chair of the Council of Economic Advisers, to draft “A Freedom Budget for All Americans.” Their $180 billion proposal ($1.4 trillion adjusted for inflation) would have established a living wage and guaranteed employment through public works projects and urban revitalization initiatives. Randolph and Rustin were socialists who viewed racial inequality through the lens of capitalist labor and housing markets. They correctly anticipated that neither the 1964 Civil Rights Act’s antidiscrimination measures nor the War on Poverty would be capable of eliminating black poverty. As Randolph asserted at the March on Washington: “Yes, we want a Fair Employment Practice Act, but what good will it do if profit-geared automation destroys the jobs of millions of workers black and white?”

The Freedom Budget represented the fading embers of the social democratic sensibilities that had burned in black politics during the era of the New Deal and the Popular Front. As political scientist Preston Smith has argued, Cold War anticommunism helped pave the way for the triumph of a more conservative “racial democratic” vision of civil rights—which rejected racial discrimination but accepted the legitimacy of class stratification—over a more egalitarian politics. By the late 1960s, rhetorically militant Black Power leaders and postwar liberals both embraced culturalist interpretations of inequality, which divorced racial inequality from the capitalist processes that engendered disparities. Poverty and upward mobility alike were attributed to the cultural characteristics of the poor and middle class.

From the rise of Ronald Reagan through the presidency of Donald Trump, the absence of class-based understandings of racial inequality gave us crack babies, super-predators, and many other underclass tropes. While the past two years have witnessed widespread calls for a racial reckoning—influenced in no small part by the horrors of Trumpism—a majority of Democratic politicians and corporate media figures have preferred to frame events in moral terms, using a cultural, race-based analysis of inequality that is antagonistic to social democratic politics.

In recent years, some liberals and even a stratum of leftists have come to embrace metaphors that serve to naturalize racism. When racism is described as our nation’s “original sin” or “part of our DNA,” ideological or cultural attachments take on a life of their own. If racism is so ingrained, there’s nothing much we can do about it. Such constructs have become especially appealing in recent years because they allow us to sidestep the material causes of racial inequality, which can be overcome only with massive economic redistribution.

Cultural resentments—including racism, sexism, xenophobia, and homophobia—undoubtedly played a role in Donald Trump’s rise. But we can acknowledge the important influence of race in American political and social life without insisting that it operates independently of the wider world of human affairs. Racists are not born, as is implied by the original sin and DNA metaphors; they are nurtured. Conservatives have long ginned up racial resentment for political gain. Likewise, prior to the enactment of antidiscrimination laws, employers and real-estate investors fostered resentment toward racial and ethnic groups through racially tiered labor and housing markets.

Since 2016, constructs like systemic racism and diversity have drawn attention to racial injustice, but they have also been deployed against egalitarian political projects that would benefit poor and working-class Americans, who are disproportionately black and brown. In the 2016 Democratic primary campaign, for example, Hillary Clinton presented herself as the anti-racist candidate while attacking Bernie Sanders’s calls for banking regulation, tuition-free higher education, and other redistributive policies. Clinton said she wanted “white people to recognize that there is systemic racism,” but she failed to adequately address her complicity in the 1994 crime bill or the subprime mortgage crisis, both of which hurt black people worse than whites. A similar pattern emerged following the brutal murder of George Floyd by police officer Derek Chauvin in May 2020. Multinational corporations embraced concepts like intersectionality and structural racism, which provided executives like JPMorgan Chase CEO Jamie Dimon with a way to treat racial disparities as if they stemmed from fixed identities instead of capitalist processes.

The racial justice discourse that has gone mainstream lends itself to modest reforms to a system that is less and less capable of distributing its rewards to working people. Corporate-friendly visions of social justice that identify the wealth gap as the main barrier to racial progress offer poor and working-class blacks little more than vicarious wins. As policymakers and corporations promote black entrepreneurship, homeownership, and, of course, diversifying the ranks of corporate and government leaders, real structural change—of the sort proposed by Randolph and Rustin’s Freedom Budget—is forgotten.

If we don’t want to simply grow the ranks of black millionaires and billionaires but instead ensure that black children and adults have access to quality education, quality housing, well-paying jobs, and healthcare, then we need to insist on viewing racial inequalities through the lens of political economy. Doing so is the first step in improving the lives of masses of black Americans. It may also help promote the kind of cross-racial solidarity that will be necessary to prevent an even more frightening expression of the politics that gave us Trump.