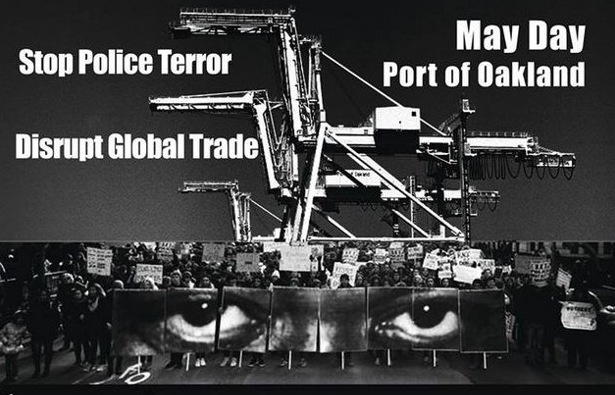 The Port Of Oakland Will Shut Down To Protest Police Violence

This Friday, the Port of Oakland‘s rumbling cranes will stand silent as workers rally against recent police shootings and violence.

Local longshoremen are helping organize the extremely busy port’s day-long shutdown, which will last from 8 a.m. to 5 p.m. In an unusual sign of solidarity, shipping and terminal owners are supporting the protest, reports the San Francisco Business Times:

It will mark the first time in more than a decade that the Port of Oakland employees have stopped work with the approval of business owners, according to a person familiar with the port’s labor operations.

The protests come during a growing national debate and protests over police violence, most recently with death of a 25-year-old Freddie Gray of Baltimore.

Aside from longshoremen, community groups that might participate include the Onyx Organizing Committee, the Alan Blueford Center For Justice, and theAnti Police-Terror Project. Here’s part of a statement from the event’s Facebook page, which so far has attracted about 670 RSVPs:

Police terrorism in the United States is out of control. We have witnessed an endless onslaught of police brutality and police killings of innocent and unarmed people. These assaults have been mainly directed towards Black men and Black communities. We as union and non-union workers alike cannot standby and become desensitized to these great injustices.

ILWU, Local 10 is leading a Day of Action on May 1st, 2015 to call national attention in order to STOP POLICE TERROR. There will be no longshoremen working on that day in the Port of Oakland. The port will be SHUT DOWN. Disrupting commerce in this country is one means to find viable solutions to STOP POLICE TERROR. Please join us in this action and stand up against police terror.

We will gather at the ALREADY SHUTDOWN port at 9am for an hour long rally which will be at the APL gate near berth 62 close to the overpass (parking is available along Adeline close to 6th & 7th).

After the rally, WE MARCH! We will march from the port to Oscar Grant Plaza as we demonstrate that AN INJURY TO ONE IS AN INJURY TO ALL!