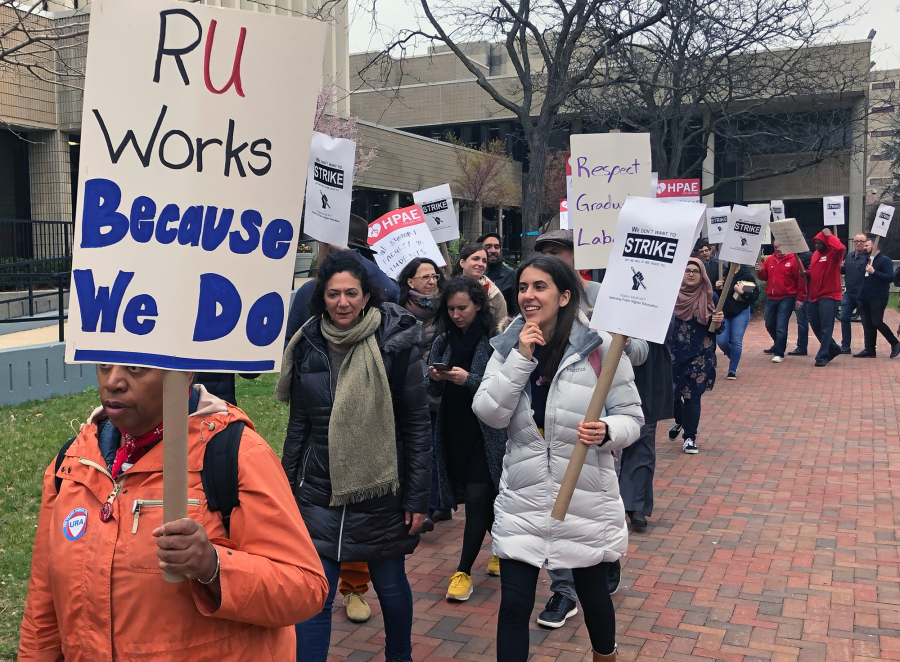 The Power Of Recognizing Higher Ed Faculty As Working-Class

Just over 20 years ago, Michael Zweig published The Working Class Majority: America’s Best Kept Secret. At that year’s How Class Works conference at SUNY Stony Brook, academics from history, political science, labor and industrial relations, and other fields debated Zweig’s use of the term “working class.” Some thought it was a throwback to the 1930s or a tip-off that someone was a Marxist. But even at a conference attended by many academics from working-class backgrounds, no one pointed out that academics are working class. Twenty years ago, academia still seemed like a middle-class or even an upper-class job, even though that had started to change in the mid 1970s.Young academics expected that if they did “all the right things,” they would get tenure and live happily ever after.

That expectation was wrong in 2002, and it’s even worse now, as this grim report shows. Nearly 75% of faculty in higher education are precarious workers, more like restaurant and hospitality workers, gig performers, contract healthcare workers, and delivery drivers than the tenured professor. They are hired on a per-class, per-semester basis. They do not control the conditions of their work. They often lack access to offices, professional development, research funds, and opportunities to collaborate with peers or vote in faculty meetings. They may be asked to take on a new course with a week or less warning. Many are told what textbooks to use and what tests to give. They are likely to have to apply for a new campus parking permit or library card every semester. But they also don’t get personal respect. They are vulnerable to management whim, favoritism, harassment, and simple forgetfulness, not to mention a complaint from a single disgruntled student who wanted a better grade.

Many contingent faculty are shocked to realize that college teaching is a working-class job. But recognizing that can be liberating. Thinking about ourselves as “working class” clarifies our understanding of our contingency by helping us identify with the 99% instead of the 1%. It can also inspire us to build alliances to improve our conditions and our industry.

First of all, it helps us appreciate and identify with our students, who are increasingly working class, and like us, probably working more than one job to make ends meet.  We see their problems as our problems and become open to talking about common solutions. In turn they can see more accurately what it takes to be an academic and live the paradox of “love the work, hate the job.”

Second, it helps us understand and appreciate graduate student’s efforts to win the right to be recognized as employees (not “apprentices” on a stipend) who rely on their jobs for living.  Graduate student organizing is one of the hottest areas in the campus labor movement – and possibly in the labor movement overall — these days, with wins coming in from unions like USW at the University of Pittsburgh, UE at University of Iowa, UAW at Harvard and the University of California and SEIU at Duke, Northwestern, Saint Louis University, and American University, just to name a few.

Third, thinking of ourselves as workers can help us understand the value of building campus labor coalitions, organizations that include not just academics but also clerical workers, the trades, transportation, custodial, food service, and technical workers. Such coalitions create power through the interdependency of all the workforces in a college or university.

Fourth, concerns about the working conditions of contingents can form a basis for solidarity with the privileged 25% who are tenured and tenure-line faculty. They usually resist this idea, but the reality of how their work has changed provides a strong argument. Over the worklives of senior faculty, colleges and universities tightened their belts, drained resources from the classroom, built arenas instead of libraries, created freestanding “foundations” that were outside faculty control, and engaged in a series of internet-based shocks like contracting out administrative functions like payroll to IT companies, putting journals on line, shifting classes to Blackboard and Moodle, experimenting with MOOCs, and much more.  At the same time, requirements for tenure-track hiring and promotion were raised, contingent faculty became the majority, and administrative and advising work for tenure-line faculty increased. Some schools hired CEOs to run institutions like businesses.  With all this, tenure-line faculty were progressively cut out of the full exercise of shared governance. All this degraded the institution of higher education, and not just for the contingent majority. These changes affect students, tenure line and contingent faculty, and staff alike.

The good news is that some are organizing for change. Higher Education Labor United (HELU), a new organization that came out of the organizing around College for All, has been endorsed by 117 locals from eight national unions and organizations. HELU uses the term “labor” broadly: its membership includes unions representing clerical, staff, and other workforces as well as faculty.  The leadership team comes from colleges and universities in 29 states. HELU aims to establish a national strategy for higher education, something that the traditional faculty unions, AAUP, NEA and AFT, were never able to cooperate to achieve.

To get this rolling, HELU is convening a free Winter Summit, February 23-27, on Zoom. The conference will feature four afternoons of workshops and several keynote presentations, all focused on three goals: coordinate the surge of higher education worker organizing across the country, develop federal policy proposals to reverse the trends that have damaged higher education over the last several decades, and support politicians who will advance a program of democratizing higher education. Members of endorsing organizations will have opportunities to participate in decision-making.

The vision guiding the young leaders of HELU is broad working-class mobilizing to address the crisis in higher education. To accomplish that, it’s time for faculty see themselves as members of the working class and stand together to fight for change.