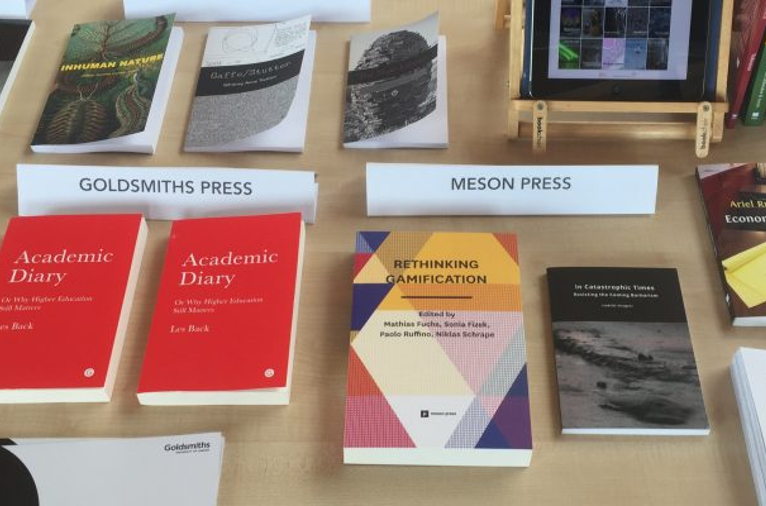 The general public may not give much thought to how scientists and scholars publish their work, but please know that it matters. Like so much else in the world, corporate markets have colonized this space, which means that turning business profits is the primary goal, not the easy, affordable sharing of knowledge.

Commercial academic publishers have long privatized and monetized academic research, which over time has resulted in an oligopoly of a few publishers able to charge exorbitant prices for their books and journal subscriptions. The impact has been greatest on researchers in the Global South and at smaller, less affluent colleges and universities, where it is harder to access and share the latest scientific and scholarly research.

The most spirited response has come from the open access publishing movement. Open access, or OA, got its start twenty years ago as a way to publish academic books, journals, and other research that can be readily shared and copied. This was a break from the traditional publishing models that allowed major corporations to take researchers’ copyrights and convert the fruits of academic commons into expensive proprietary products.

OA publications offered a refreshing alternative for making works permanently shareable at no or minimal cost. An example is open textbooks. They can rely on Creative Commons licenses to make the works legally shareable; print them using print-on-demand technology; and sell them at the cost of printing.

Open access not only helps scientists, scholars, and students build on the work of those who came before them. It assures a basic fairness — to the academic fields that generated the knowledge in the first place, and to taxpayers who often pay (via the government) for research in science, medicine, and the humanities. Why should corporate publishers get to own the copyrights and privatize the gains of publicly funded research and public universities?

To explore the state of open access publishing today, I spoke recently with Sam Moore, an organizer with the Radical Open Access Collective on my Frontiers of Commoning podcast (episode #25). Moore is also a scholarly communications specialist at Cambridge University Library in England, and a research associate at Homerton College.

My interview digs into the oligopoly control of academic publishing, the high prices of academic journals and books, the lack of choices among many scientists and scholars, the limited leadership of university administrations, and some open-access innovations now being developed.

While open access publishing is no longer a novelty, the Radical Open Access Collective believes that much of it has been co-opted or sidetracked over the years by commercially oriented presses and funders. Many universities and foundations are happy to outsource the publishing process to commercial enterprises even though that means unnecessarily high prices, access restrictions, and a growing divide between rich and struggling academic institutions..

For the most part, commercial academic publishers have adapted their business models to accept the reality of open networks; they realize they can no longer maintain the total proprietary control they once enjoyed. But the new commercial regimes they’ve invented, while ostensibly providing open access, still allow publishers to make a ton of money and dictate the ways in which scholarly and scientific knowledge can be accessed and circulate.

OK, so readers are no longer paying as much. Instead, many OA publishers have simply shifted expenses to authors. They often must pay upfront “article processing charges” [APCs] and “book processing charges” [BPCs], which still impedes the circulation of knowledge, albeit in different ways.

The Radical Open Access Collective thinks there are better ways. That’s why it came together in 2015 to form a community now comprised of 70 scholar-led, not-for-profit presses, journals and other open access projects. ROAC is committed to developing and championing “non-commercial, not-for-profit and/or commons-based models for the creation and dissemination of academic knowledge.”

“What brings the scholar-led projects of the Radical Open Access Collective together,” its website declares, “is a shared investment in taking back control over the means of production in order to rethink what publishing is and what it can be.

“One of the ways we try to achieve this is by shifting our unpaid labour away from toll access journals and publishers who do not allow authors to self-archive copies of their work online, or who have high charges for annual subscriptions, APCs [article processing charges] and BPCs [book processing charges].”

“Research access is a fundamental right,” Moore insists.  “It’s good for democracy, it’s good in many ways for the market.  It’s good to have free and accessible research for everything.”  The Radical Open Access Collective is one of the key forces trying to show how commoning in scientific and scholarly publishing can actually work.