The Radical Roots Of Janus

Above Photo: Tom Williams/CQ Roll Call via AP Images. Hilary O. Shelton, director of the NAACP’s Washington bureau, appears outside the Supreme Court in support of unions as the Court hears arguments in Janus v. AFSCME.

The attorney whose arguments were heard in the Supreme Court yesterday—a decade after his death—actually wanted all unions outlawed.

As the Supreme Court heard the pivotal union case, Janus v. AFSCME, on Monday, an unacknowledged presence haunted its chambers: that of Sylvester Petro, who conceived the argument on which the case turns. Although he died in 2007, this ideologically driven, anti-union law professor originated the legal strategy behind this case. His radical vision illuminates Janus’s profound implications.

Petro was the first to contend that public-sector collective bargaining was simply a form of politics, and that therefore, any effort to require government workers to pay “agency fees” to a union in return for its representational work amounted to compelled political speech that infringed on their First Amendment rights—the argument that Illinois public employee Mark Janus embraced in this case. Petro tried unsuccessfully to get the court to endorse that argument in the 1977 case of Abood v. Detroit Board of Education, the precedent Janus seeks to overturn.

Yet despite Petro’s seminal role in shaping their argument, Janus and his supporters seem intent on erasing any memory of Petro. His name is not mentioned among the voluminous citations of some two-dozen briefs supporting Janus.

Petro’s invisibility is intentional. Those who seek to advance his vision today know that any reference to his radically anti-union views would expose their equally radical aims.

Simply put, Petro hated all collective bargaining laws—whether in the public or private sector. Terming it “compulsory bargaining,” he believed collective bargaining undermined freedom. He held this view with a convert’s zeal. Born in 1917 to an immigrant family, he had supported unions before attaining undergraduate and law degrees at the University of Chicago. But his studies led him to libertarian economists Friedrich Hayek and Ludwig Von Mises, who shaped his worldview. With their support, he inaugurated an ideological war against collective bargaining laws in the 1950s. His first salvo, The Labor Policy of a Free Society(1957), urged repeal of the 1935 Wagner Act on the grounds that it infringed on workers’ rights to be union free.

Petro’s anti-union zeal was redoubled in the 1960s when President John F. Kennedy’s Executive Order 10988 imported key principles of the Wagner Act into the public sector, allowing federal workers to bargain over some issues, and again when states began adopting laws allowing government workers to unionize. If public-sector bargaining spread, Petro warned, unions would soon dominate government—which would force Americans to “take to the hills and the fields and the caves once more, as our ancestors have frequently had to do when integral—sovereign—government has broken down.” He inspired the formation in 1974 of the Public Service Research Council, the first organization devoted to fighting public-sector unionization.

Petro jumped at the chance to argue the Abood case before the Supreme Court, challenging a Michigan law that required that public school teachers financially support the unions that represented them. Although he hoped to use Abood to smash public-sector bargaining altogether, the case instead illustrated how unprepared 1970s America was for his vision. While the Abood court ruled that government workers could not be required to become union members or pay for unions’ electoral work, it approved—without dissent—unions’ collection of mandatory agency fees to defray the cost of their representational activities. That opinion was not written by a liberal lion, but instead by Eisenhower’s appointee, Potter Stewart.

Justice Stewart’s views were not atypical among 1970s Republicans, many of whom supported public-sector bargaining.  Republican governors like William Milliken of Michigan and James R. Thompson of Illinois signed the laws allowing agency fee collection in their states. Moreover, not only mainstream Republicans disavowed Petro’s radical ideas: Even conservatives seemed embarrassed by them. An exasperated Justice William Rehnquist repeatedly interrupted Petro during the oral argument of Abood. 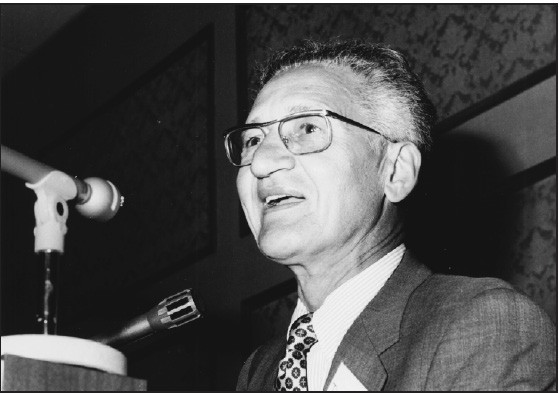 Yet times have changed. Unions are weaker today than in 1977, and Republicans are more anti-union. Moderate governors like Milliken and Thompson have been replaced by the likes of Wisconsin’s Scott Walker, and justices like Stewart by the likes of Samuel Alito. Writing in the 2012 case of Knox v. SEIU Local 1000, Alito all but advertised for a case that would help him reverse Abood. Anti-union arguments once considered extreme have become mainstream.

These changes have set the stage for Petro’s posthumous revival.  Although they avoid mentioning his name, and thereby invoking the ideological baggage attached to it, Mark Janus’s supporters clearly share Petro’s vision. They pose as First Amendment champions, but the radical roots of their argument betray their true intention: to eviscerate public-sector bargaining, hastening the day when collective bargaining in any form becomes a thing of the past.

That vision has never appeared more within reach. Justice Neil Gorsuch’s conspicuous silence during the oral argument Monday leaves open the slim possibility that he might not side with Janus, as expected. But most signs—including Justice Anthony Kennedy’s aggressive skepticism toward the union’s position—seem to suggest that, more than a decade after his death, Sylvester Petro is poised to win his biggest argument.