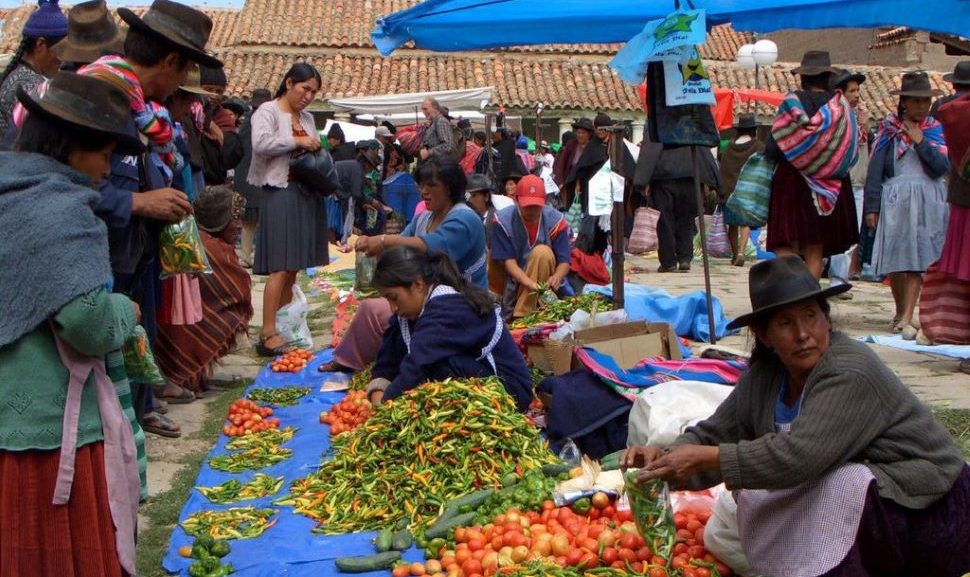 This paper looks at the economy of Bolivia during the de facto government that took power following a military coup in November of 2019 and that ruled for one year. The coup overthrew a democratically elected president, Evo Morales, who still had months remaining in the term to which he was elected in 2014. Other reports have documented the violence and human rights violations committed by the de facto regime. The Harvard Law School’s International Human Rights Clinic (IHRC) and the University Network for Human Rights (UNHR) found that the killing of civilians by state forces in November 2019 was the second highest it had been in any month for nearly 40 years. Two massacres committed by security forces within a week of the de facto government taking power killed at least 23 people, and injured at least 230.

The IHRC/UNHR report emphasizes the racist nature of the violence, including that all of the victims of these massacres were Indigenous. Bolivia has the largest percentage of Indigenous people in the Americas, and Evo Morales was the country’s first Indigenous president. His government had undertaken numerous reforms and economic policies that had benefited Bolivia’s Indigenous people, who are economically disadvantaged relative to the rest of the population.

Despite its ostensible status as a “caretaker government,” the de facto government instituted a number of regressive economic policy changes. It also mishandled the response to the pandemic and related recession in ways that indicated it was undertaking an economic policy agenda, along with its political agenda, that was very different from the prior government.

In the fourth quarter of 2019 (when the coup occurred), public sector expenditure fell sharply, shrinking by 7 percent of quarterly GDP from the prior period. Although some of this drop was recovered in the first quarter of 2020 (3 percentage points), the cuts damaged the economy in advance of the pandemic and recession.

The de facto government also failed to increase the nominal value of the minimum wage for the first time since 2006, and sharply reduced public sector wages. These were more indications of its goals of changing the policies of the prior, elected government.

Real GDP is projected by the IMF to have declined by 7.7 percent in 2020. Most of this was a result of the pandemic, including shutdowns of economic activity that were implemented in order to contain the spread of the virus. Nonetheless, the pre-pandemic austerity contributed to the deep recession. In early February 2021, despite having slashed public sector spending enormously over the prior quarter, the de facto government announced that further deficit reduction was a priority.

However, that was not possible as the pandemic hit; the fiscal deficit for 2020 ended up at 12.3 percent, about 5.7 percentage points higher than the de facto government’s target. The opposition Movement Toward Socialism (MAS) party of the prior government still had a majority in the legislature; and partly because of this majority, the government adopted a number of fiscal policies that were counter-cyclical. Some of these measures — for example, financial relief and loan/interest payment deferments — benefited primarily upper-income groups; but most of the spending was more targeted toward the majority of the population.

These measures included income transfers amounting to about 1.8 percent of GDP, including three programs that compensated for the loss of family income resulting from the pandemic/recession. There were also reduced utility tariffs, reduced or postponed tax collection, loan repayments and interest, increased spending on public health, and a financial relief program targeting small businesses. By the end of 2020, these fiscal measures totaled about 5.2 percent of GDP, although part of this was implemented after Luis Arce became president in November.

Nonetheless, the de facto government’s measures taken after the onset of the pandemic were insufficient to counteract the impact of a severe recession. Although there are no available measures of the increase in poverty, it seems likely to have increased substantially during the year following the coup. At the same time, the political damage was enormous, and as noted above (and detailed below), the state violence and other human rights violations, the overthrow of democracy, and the damage to democratic institutions was severe.

In October of 2020, Luis Arce, who was minister of the economy under President Morales, was elected president with more than 55 percent of the vote and a 26 percentage point margin ahead of his opponent. Arce has stated his intention to reactivate growth as well as economic and social progress, mostly, according to him, by returning to policies that were successful during the Morales years. During these years (2006–2019) poverty was reduced by 42 percent and extreme poverty by 60 percent. Real per capita GDP grew by more than 50 percent, and during the last five of those years it grew faster than in any other country in South America.

The IMF anticipates a strong rebound of the Bolivian economy in 2021, with a real growth rate of 5.5 percent, one of the strongest rebounds in Latin America. Annual interest payments on the public debt, including both external and domestic, are quite low at about 1 percent of GDP.

But to prevent recurrence of such assaults on democracy, human rights, and inclusive economic growth involved in the overthrow of a democratically elected government, the institutional basis of the coup must be addressed. In this case, the leadership of the Organization of American States (OAS) — backed by the Trump administration ― played a major, perhaps indispensable role in the coup. It did this while acting as an official observer by promoting an obviously false narrative of fraud, which became the political basis of the coup. (See below, for some details of, as well as references to, the extensive evidence of what the OAS did.)

At present, the best hopes for the necessary investigation come from both the United States and from Latin America. Numerous members of the US Congress have not only denounced the violence committed by the de facto government, but have also demanded answers from the OAS and an investigation into the OAS role in promoting the coup.

“Secretary Almagro and his colleagues continue to avoid answering for statements and actions that may have contributed to the erosion of democracy and human rights in Bolivia,” said one letter from 25 members of Congress. They also noted: “The U.S. Congress appropriates the majority of the OAS’s budget.”

Latin American governments and leaders have also stepped forward. Mexico, at the OAS, denounced “the Secretary General’s desire to intervene in the internal affairs of our States and to hurt our democracies. What happened in Bolivia must never be repeated.”
The Grupo de Puebla, in a statement signed by four former Latin American presidents, stated that “that there was no fraud in the October 2019 elections, and Evo Morales should have taken office as the legitimate President of Bolivia if the OAS, in its capacity as Observer, had not ignored the election results.”

The evidence (see below) against the false claims repeatedly put forward by the OAS — both before and after the coup — has already gone beyond a reasonable doubt. All that remains is to establish accountability.