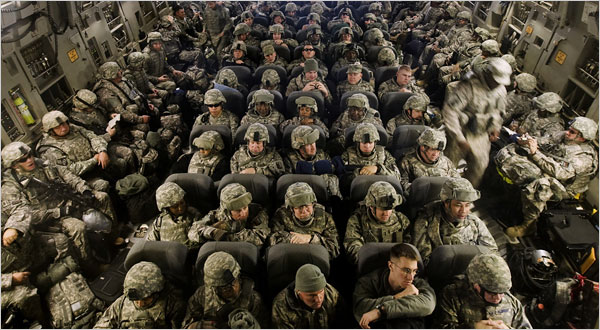 Seeds For Another Invasion Of Iraq Planted

US Joint Chiefs of Staff chairman General Martin Dempsey refused yesterday to rule out large numbers of American troops being returned to Iraq in defiance of mass opposition in the American working class and population as a whole. He told a press conference that while the Obama administration currently has no plans to increase the US military involvement in Iraq beyond 750 special forces advisors and additional embassy guards, the situation could rapidly change.

Dempsey stated: “We may get to that point if our national interests drive us there, if it becomes such a threat to the homeland that the President of the United States, with our advice, decides that we have to take direct action. I am just suggesting to you that we are not there yet.”

In the context of what has unfolded in Iraq and the Middle East since June 10, when the Al Qaeda-derived, Sunni extremist Islamic State of Iraq and Syria (ISIS) seized control of the northern Iraqi city of Mosul and sent forces south toward Baghdad, Dempsey’s comment is a clear indication that plans are being prepared for a full-scale intervention into what is a cauldron of conflicts and intrigues. 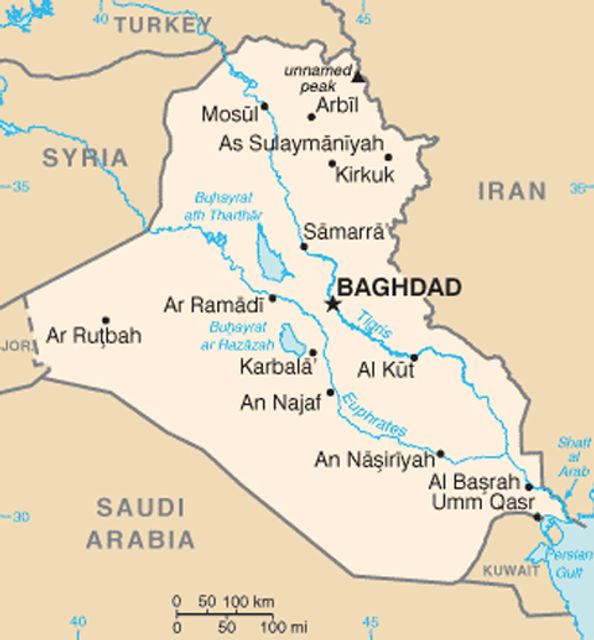 After a decade of US imperialist violence, Iraq and Syria are effectively disintegrating as nation-states. Every neighbouring state is being inexorably drawn into what threatens to become a full scale regional war.

At the beginning of the week, ISIS declared the formation of an “Islamic State” over the territory it holds. In eastern Syria, along the border with Iraq, growing numbers of Sunni rebels fighting as part of the US-backed civil war against the Iranian-backed government of Bashar al-Assad are declaring their allegiance to ISIS. On Thursday, ISIS fighters seized Syria’s largest oil field, al Omar. It now holds major border crossings between the two countries. From the territory it commands in Iraq’s western Anbar province, it is seeking to gain control of Iraq’s border crossings with Jordan and Saudi Arabia.

Within Iraq, Iraqi Prime Minister Nouri al-Maliki is directing a military counter-offensive against ISIS on the basis of sectarian appeals to Shiites. Offers by his government of an “amnesty” to Sunnis who ceased fighting fell on deaf ears, particularly under conditions in which some of the most extreme Shiite militias are fighting alongside Iraqi army units to crush the rebellion. Iranian military advisors are almost certainly embedded in Iraqi army units taking part in ferocious operations against ISIS and Sunni rebels to regain control of Baiji and the main oil refinery, a group of towns to the north of the city of Baqubah, and the city of Tikrit, the hometown of former Iraqi dictator Saddam Hussein.

The use of Su-25 ground attack jets, supplied by both Russia and Iran, in the assault on Tikrit has provoked intense speculation on whether they are being flown by Iranian or possibly even Russian pilots. No Iraqi has flown a Su-25 for well over a decade, and the small number of Iraqi air force pilots who would have been familiar with them are believed to have either fled the country or been killed during the occupation.

As Iran and Russia militarily and politically back Maliki against a Sunni rebellion, Saudi state media announced on Thursday that Saudi Arabia had deployed 30,000 troops, tanks and air support along its 800-kilometre border with Iraq. It alleged that Iraqi government forces on the other side “abandoned” their positions. The Jordanian monarchy has likewise mobilised its military to its 200-kilometre border with Iraq.

The mobilisations are being justified as necessary to prevent incursions into more countries by ISIS militants. In Iran and Baghdad, they will be viewed as preparations by Saudi Arabia for an invasion of the largely Sunni-populated western Iraq to assist the Sunni uprising. The Saudi monarchy has labelled the Iraqi government as a “stooge” of the Shiite fundamentalist regime in Tehran.

Adding further fuel to a highly combustible situation, the autonomous Kurdish Regional Government, with the vocal support of Israel, ordered its officials yesterday to draw up plans for an independence referendum to establish a separate Kurdish state. Its territory would incorporate the city of Kirkuk and Iraq’s main northern oil fields, which Kurdish troops occupied as Iraqi forces fled the ISIS advance last month. Maliki declared the independence moves “unconstitutional.”

Attempts to convene the Iraqi parliament and form a “national unity” government collapsed earlier in the week, with Shiite and Kurdish politicians exchanging threats of civil war and Sunni representatives walking out.

General Dempsey’s statements pose the question: For what mission would the Obama administration send American forces to kill and be killed in Iraq? Is US “national interest” to be achieved by assisting to suppress a Sunni uprising to shore up Maliki’s government? Or is it to be achieved by forcing the Iraqi Shiite establishment to reconcile with Sunni extremists, who are backed by Saudi Arabia and other reactionary regimes, and seeking to overthrow both Maliki and Assad? What of the Kurds? Will the US military be sent to Kirkuk to force the Kurdish nationalists to hand the city back over to Baghdad’s control?

The only consistent element of US foreign policy in the Middle East is that the “national interest” of the American financial and corporate elite—one pursued ruthlessly for decades by successive administrations—is military and political domination over the region and its oil reserves. The lies of the American political establishment before the 2003 invasion that Iraq had “weapons of mass destruction” were the pretext to implement long-held, neo-colonial plans to completely reorganise the Middle East.

Eleven years later, US ambitions to subjugate the region lie in tatters. The invasion and occupation of Iraq is responsible for a catastrophe of fratricidal sectarian and ethnic conflicts. No scenario of US troops going back to the Middle East has any support in the American working class, or workers anywhere. Trillions of dollars have been squandered and thousands of lives thrown away over the past decade in a murderous pursuit of global power by the financial oligarchs of Wall Street and their political representatives. Whatever new military action is launched by Washington, it can only lead to greater catastrophes.