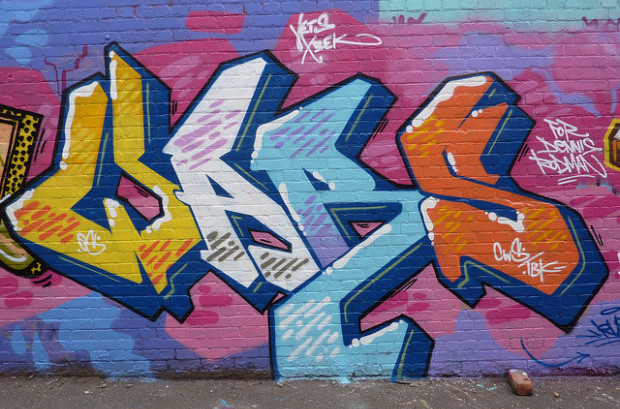 The Silence Of The Pseudo-Left On The Danger Of War

A wide range of nominally left-wing political groups and publications have acquiesced to a series of dangerous military actions by the Trump administration that have brought the world to the brink of war.

On April 13, the US dropped the largest nonnuclear bomb ever deployed in history in the mountains of eastern Afghanistan. The Massive Ordnance Air Blast (MOAB) bomb weighs over 10 tons and is so destructive it reportedly obliterated the homes of peasants living several miles from the drop zone.

Four days later, Vice President Michael Pence traveled to the demilitarized zone on the Korean peninsula, where the US has threatened to use preemptive military force against the nuclear-armed North. Pence acknowledged that the MOAB bombing was aimed at proving that the US was prepared to go to war.

“Just in the past two weeks,” he declared, “the world witnessed the strength of our new president in actions taken in Syria and Afghanistan. North Korea would do well not to test his resolve or the strength of the armed forces of the United States in this region.”

The growing danger of a nuclear conflagration is widely felt. A Marist poll published this month shows that 72 percent of Americans are concerned about growing international tensions. Leading figures in Russia, China, North Korea and the United States have warned of the real possibility of war.

It is the most basic obligation of socialists to condemn and oppose US war threats and warn the working class of the dangers and root causes of imperialist war.

All the more remarkable is the role played by various political groups that identify themselves as left-wing but have maintained an intentional silence with regard to the dropping of the MOAB and the threat of war in Korea. These groups hide the threat of war from their readers and provide political cover for US imperialism.

Similarly, Socialist Alternative’s website has no articles dealing in any detail with the bombing or US moves against North Korea. One article from April 15 titled “Trump administration damaged and unpredictable” includes a one-sentence reference to the MOAB in the 13th paragraph, while North Korea is addressed only briefly later in the article.

The front page of Socialist Worker, the publication of the International Socialist Organization (ISO), has no references to the dropping of the MOAB, and only on Tuesday did it publish its first article of the year relating to North Korea.

At no point in the article (“Will Trump start a new Korean War?”) does the writer, David Whitehouse, state that the ISO is opposed to the American government’s provocative war threats. It instead reports the potential outbreak of nuclear war as a disinterested observer, including 20 hyperlinks to various reports in the bourgeois press, including five from the New York Times alone.

Whitehouse refers to Washington’s deployment of the Terminal High Altitude Area Defense (THAAD) missile system in South Korea as a “sticky issue.” He reports US-South Korean joint war games, as well as proposals to assassinate North Korean leaders and launch preemptive strikes, but passes over them without making any critical comment.

The article downplays the danger of war. It begins, “Now that the latest North Korean missile test failed on April 16, the immediate risk of a US military attack may fade.” It comments further on that “Trump’s ‘new’ belligerence toward North Korea is really the latest oscillation between the twin options of ‘containment’ or ‘rollback’ that have lain in the US policy toolkit since the Cold War.”

Whitehouse complacently asserts that the likelihood of US military intervention is lower than some claim: “Trump can talk a tougher line, but US military options have begun looking weaker, not stronger, since the North’s three-decade arms build-up.”

Fifteen years after the mass protests leading up to the 2003 US invasion of Iraq, the pseudo-left’s support for war shows that the present absence of an organized antiwar movement is not the product of popular apathy. Rather, it is due to the rightward shift of previously radicalized sections of the middle class whose opposition to war has disappeared in the decades following the Vietnam War.

This section of the population has greatly enriched itself since the late 1960s and early 1970s, in part from the spoils of the wars of the past quarter century that have inflated the stock market and enriched American banks and corporations. Their political orientation is toward the Democratic Party and the state.

This weekend, many representatives of this milieu will be gathering at New York University for the Historical Materialism forum. Sponsors and participants include Jacobin editor Bhaskar Sunkara as well as historians Lars Lih and Eric Blanc. The ISO’s International Socialist Review is an event sponsor and ISO members Paul Le Blanc, Tithi Bhattacharya, Todd Chretien and Paul Heideman will appear as speakers.

Of the 60 scheduled panels, not a single one relates to the subject of war. The words “imperialism,” “war,” “Iraq,” “North Korea,” “Afghanistan,” “Libya” and “Somalia” do not appear in any panel title.

Any connections that the radicalized middle class once had to anti-imperialism or socialism are long gone. The categories of analysis they employ have nothing to do with class or historical materialism. War, social inequality and poverty all take a back seat to what really interests them: race, gender and their own sex lives.