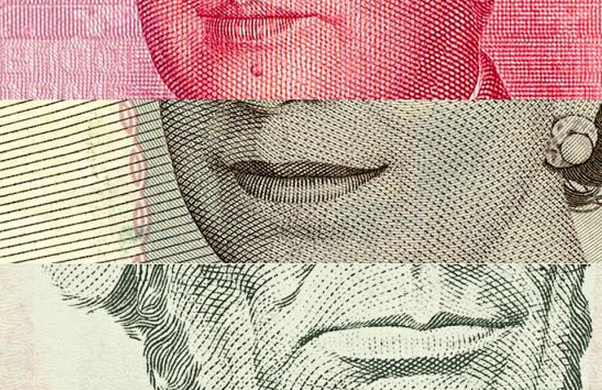 As a popular movement, student debt cancellation continues to gather momentum. Students, former students, their parents and grandparents – entire families caught in the $1.16 trillion student debt morass – yearn for the day when today’s Wall Street-driven barriercomes crashing down, freeing some 40 million families to strive for prosperity without unfair, unequal student debt defeating them. Average individual student debt now soars close to the $30,000 mark, up from $23,000 just seven years ago.

Under current federal tax rules, when student debts are cancelled, millions of families will get blindsided by a staggering tax bill. It will force many folks into sudden, unexpected financial ruin. Many people will lose their homes or be forced to sell. Many will go bankrupt. And many will trade student-debt collectors for even more powerful IRS debt collectors.

Without a change in tax rules, it could be “out of the frying pan, into the fire” for cash-strapped families.

The problem: Uncle Sam treats forgiven debt as income. Under normal circumstances, this policy helps prevent tax fraud. Imagine, if any forgiven debt were tax-free, your employer could “loan” you your salary. You’d still owe your employer the money. But then, wink-wink, s/he would forgive your debt and presto, you wouldn’t owe any income tax because you had no income – only forgiven debt. Real-world cases might be less ham-handed, but you get the idea.

That’s under normal circumstances. But student debt is anything but normal. It’s the product of a rigged system that propels economic inequality and helps keep poor folks poor. Erasing student debt is not the same as trying to trick the IRS out of taxing your salary.

So, tax rules aimed at heading off fraud would have the unintended consequence of devastating millions of families across America – precisely what student debt cancellation is supposed to prevent.

Here’s how it would work. Say you and your family borrow $40,000 to cover four years of room and board at an in-state public college (rounded to the 2014-15 national average). Suddenly that debt is cancelled. Congratulations, taxable income in your student-debt jubilee year just got jacked up by $40,000.

If you pay state income tax, brace yourself again. Many states figure your tax based on a percentage of federal income tax. More pain.

Can this really happen? Absolutely. Here’s a sobering example reported by The New York Times:

A 66-year-old disabled man accumulated over $150,000 of student debt because he helped his three kids through college. He could manage these debts because he held a good job – until life-threatening illness and medical complications forced him out of work. Medical bills piled up. He qualified for a “disability discharge” of the student debt, but because the forgiven loans became taxable income, he now owed the IRS $59,000. He spent thousands of dollars he could ill afford on a tax lawyer, who bargained the IRS down to $25,000. Maybe. As the Times story went to press, the man still didn’t know if the IRS would accept even this crippling deal. He was getting ready to sell his house, in part to pay the IRS.

That’s about to change in a humongous way – when the student debt cancellation movement triumphs and perhaps a trillion dollars of student debt goes poof.

Some student debt can be cancelled tax-free. Here’s a sample rule from the Internal Revenue Code, section 108(f)(1): In the case of an individual, gross income does not include any amount which (but for this subsection) would be includible in gross income by reason of the discharge (in whole or in part) of any student loan if such discharge was pursuant to a provision of such loan under which all or part of the indebtedness of the individual would be discharged if the individual worked for a certain period of time in certain professions for any of a broad class of employers.

Got that? You’ll need a tax lawyer to figure out this and other convoluted rules. Can you afford thousands of dollars to hire one?

That’s part of the trap: if you could afford specialized legal help and the hefty tax bite that comes with student loan cancellation, you could likely afford to cover your student loans – whether they’re fair or not – with relative ease. For most people, that’s out of the question.

Without broad protection from current tax rules, a lot of decent, hardworking folks are going to be in for a very nasty surprise. That’s why Strike Debt and other movement leaders must demand that simple, straightforward and across-the-board tax relief go hand in hand with student debt cancellation.

Otherwise, millions of families will get blindsided. And broken.