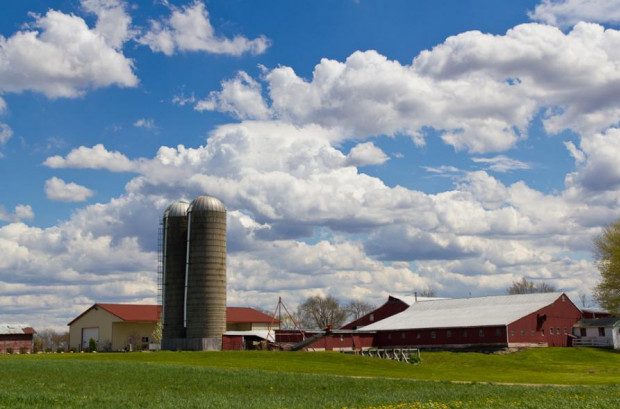 The Third Track: Trade That Builds Our Economy Anew

Above Photo: Used under creative commons license from Jeremy Vohwinkle

President Trump is playing high stakes poker in the NAFTA talks, with his US Trade Representative, Robert Lighthizer, at the helm. Laura Dawson, director of the Wilson Centre’s Canada Centre published an op-ed on 11 October in which she suggests there are two tracks to the NAFTA talks – one is moving ahead with the “easy consensus” (i.e. tracking new issues that gained prominence in the Trans-Pacific Partnership negotiations), while the other, driven by Trump’s tweets and America First Agenda, is putting the whole enterprise at risk with incendiary statements and impossible demands.

The agenda moving ahead for NAFTA reform seeks regulatory harmonization (to the lowest standard), longer monopolies on technology through tighter patent controls, and an extension of foreign investor rights over domestic legislation. It is an agenda much of the U.S. business community is squarely behind, and Canada’s and Mexico’s business communities, too. That agenda was moving along, its path likely smoothed by the fact that many of the negotiators knew one another from the TPP talks.

NAFTA empowers an economics many civil society organizations have resisted for decades, whether trade unions, farm organizations, environmentalists, women’s organizations or church groups. NAFTA economics has deepened inequality, degraded public policy, and created a private sector with too few constraints on its behaviour. Does this mean the administration’s apparent willingness to tear NAFTA down is welcome?

In truth, an abrupt end to NAFTA would be hugely disruptive. And we know from long experience that economic disruption falls hardest on the farmers and workers whose livelihoods depend on the predictability of the status quo. Yes, we need a new understanding of economics. But creating diplomatic incidents, insulting our trade partners with impossible demands, and uttering barely concealed threats is not the way.

Neither a TPP agenda through NAFTA 2.0 nor tearing up the treaty is the answer. The continent needs urgently to deal with the full implications of climate change, eroding soil health, vanishing fresh water aquifers, the obesity epidemic, concentrated corporate power in agricultural markets, deepening inequality, and much more besides. We need to move forward, but on a different track.

Exports are a huge part of U.S. agriculture. Of course, many producers would be affected if export markets were to shrink. The disruption would be devastating to farmers, many of whom are again struggling again with low prices and high debt. But, finding buyers for U.S. corn is not an answer to rural America’s travails. There is much to fix in US agriculture, but the problems start at home, not with exports (nor imports, for that matter). And Trump will find it hard to raise the cheers he so loves to hear if, in tearing up NAFTA, food prices rise. Because that is classically how our concentrated food system reflects any increase in cost, which is what higher tariffs and reduced border access will mean.

Canada’s Liberal Government would be loath to see NAFTA destroyed. Canadian politics has not obsessed over trade deficits, perhaps understanding that they are not much of an indicator of a trade relationship’s merit. And while there are many things that the Trudeau government has said it would like to change—hence the guarded but positive response to the Trump administration’s call to reopen negotiations—Canada is fundamentally much more comfortable than its neighbour with its identity as a trading nation. The Liberal Party is as committed to the Conservative Party government it replaced to moving ahead with deeper international economic integration.

Where Trudeau’s Cabinet differs, however, is in its willingness to talk about public policy objectives in relation to economic integration. Trudeau’s officials have talked about the need to end gender-based discrimination, to strengthen environmental regulations, to put a price on carbon emissions, and have called U.S. right to work laws an indirect and unfair subsidy for U.S. corporations.

This “trade but protect” approach by the Canadian Government could open a third track in the talks, if the negotiators were to follow through. A track that takes environmental challenges and socio-economic inequality seriously. A track that begins redefining economics. That’s a big if, but it’s a question worth exploring.

So where does all this leave long-time NAFTA critics? Do we want to blow up NAFTA? Tempting though it is, I am inclined to say no. At least, not à la Trump. I have little love for what NAFTA stands for, and the parts of NAFTA we might like (say, inter-regional cooperation on the Great Lakes) do not need NAFTA to continue. I see exciting possibilities in the long-term to build more resilient, locally productive rural economies that all three NAFTA countries lack (see what Mexican farm organizations are saying on this) with NAFTA’s demise.

But the devil is in the transition. Already, Trump’s rhetoric and threats have cast a pall over investors and enterprise, creating uncertainty for commerce of all kinds. Abrogating NAFTA will not create a sudden increase in U.S. employment (except for the lawyers who will be needed to navigate the vastly complicated business of undoing over 20 years of economic integration). We have a responsibility to ask, where will the hurt fall? How will people react to the economic shock? There is already so much ugliness in recent U.S. politics—how much uglier might it get? How much more violent? Who would be blamed for the economic disruption? Footloose investment capital will find new spaces to occupy; it is not bound by geography. But what about the people? And what about the places where they live?

There is no question we need change, and we accept change is never easy. Whether the goal is a new NAFTA or no NAFTA, the challenge is to create a transition that does not leave those least able to absorb the shock bearing all the cost of adjustment. We must continue to advocate for economic relationships across the continent that respond to people’s right to decent work, that protect natural resources and human health, and that encourage local capital formation and circulation. We do not need to choose one of the two tracks presented by business in the NAFTA negotiations. We need to champion the third track instead.