The Tremendous But ‘Secret’ Success Of Socialist Vietnam

Above photo: All photos by Andre Vltchek.

Some twenty years ago, when I moved to Hanoi, the city was bleak, grey, covered by smog. The war had ended, but terrible scars remained.

I brought my 4WD from Chile, and insisted on driving it myself. It was one of the first SUVs in the city. Each time I drove it, it was hit by scooters, which flew like projectiles all over the wide avenues of the capital.

Hanoi was beautiful, melancholic, but clearly marked by war. There were stories, terrible stories of the past. In “my days”, Vietnam was one of the poorest countries in Asia.

Many great heritage sites, including the My Son Sanctuary in Central Vietnam, were basically vast minefields, even many years after the terrible U.S. carpet-bombing. The only way to visit them was by government-owned military vehicles.

The building where I lived literally grew out of the infamous “Hanoi Hilton”, the former French prison where the Vietnamese patriots and revolutionaries used to be tortured, raped and executed, and where some captured U.S. pilots were held during what is called in Vietnam the American War. From my window, I was able to see one of two guillotines in the courtyard of what by then had become a museum of colonialism.

In 2000, Hanoi did not have one single mall, and when we first arrived, the terminal of Noi Bai Airport was just a tiny edifice, the size of a provincial train station.

In those days, for the Vietnamese people, a trip to Bangkok felt like a voyage to a different galaxy. For journalists like myself, those who were based in Hanoi, a regular commute to Bangkok or Singapore was an absolute necessity, as almost no professional equipment or spare parts were available in Vietnam.

Two decades later, Vietnam has become one of the most comfortable countries in Asia. A place where millions of Westerners would love to live.

Its quality of life is growing continually. Its socialist model and central planning are clearly successful. Vietnam feels like China, some twenty years ago. There are tremendous promenades in the cities of Hue and Danang, there is the construction of modern public transportation networks, as well as sports facilities. All this is in stark contrast to the extreme capitalist gloom of countries like Indonesia, even Thailand. Vietnamese people count on constantly improving sanitation, medical care, education and cultural life. With a relatively small budget, the country is often on par with much richer nations in Asia and the world.

Its people are among the most optimistic in the world. 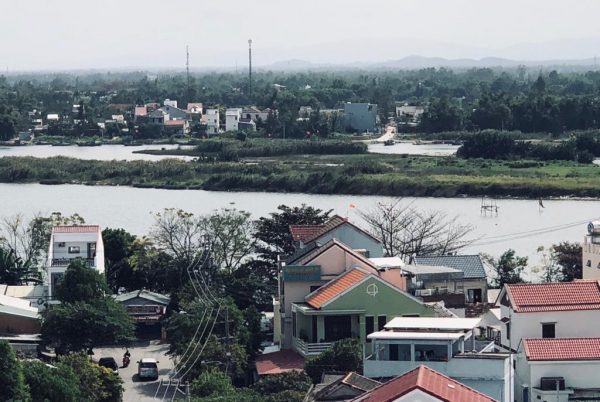 In just the three years that I spent living in Vietnam, the country changed dramatically. The tremendous strength and determination of the Vietnamese people helped to bridge the void which was left after the destruction of the Soviet Union and the other socialist countries of Eastern Europe. Just like China, Vietnam opted, successfully, for a mixed economy, under the leadership of the Communist Party.

A massive attempt by the United States and Europe to derail the socialist system, using Western-sponsored NGO’s and individuals inside the country, was identified and decisively defeated. Pro-Communist and pro-Chinese factions inside the government and the Party have overpowered those who were trying to derail Vietnam, pushing it towards the West.

What followed was significant success, on many fronts.

According to the Southeast Asian Globe report, published on 1 October 2018:

“Vietnam performed the best of 151 countries in a study that assessed quality of life versus environmental sustainability.”

This is not the first time that Vietnam has performed exceptionally well, when compared to other countries in the region, and in the world.

“The wide-ranging study, called A Good Life for All Within Planetary Boundaries, published by a group of researchers from the University of Leeds, argues that we need to dramatically rethink the way we view development and its relationship to the environment.

“We were essentially working on several different indicators and relationships between social outcomes and environmental indicators,” Fanning told Southeast Asia Globe. “We came up with the idea of, well, if we’re looking at social indicators, can we define a level that would be equivalent to a good life?”

The survey included 151 countries, and Vietnam showed the best indicators.

“It did surprise us that Vietnam did so well overall,” Fanning said. “You might expect it to be Costa Rica or Cuba, as Vietnam doesn’t typically come up as a sustainability hero.” Fanning was referring to two countries the researchers expected to do well since they generally provide good social support and haven’t seen the same environmental damage many countries have.”

This is not the only report that celebrates the great success of Vietnam’s socialist model. 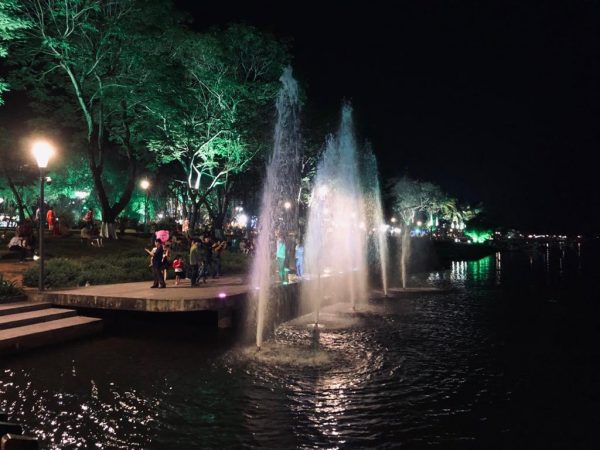 In the region of Southeast Asia, Vietnam has already gained the reputation of an economic and social superstar. Compared to the fundamentalist pro-market Indonesia or even the Philippines, Vietnam’s elegant socialist cities designed and maintained for the people, as well as the neat increasingly ecological countryside, clearly suggest which of the two systems is superior and fit for Asian people and their culture.

In times of grave emergencies; of natural and medical disasters, Vietnam is also well ahead of other Southeast Asian countries. Like Cuba and China, it invests heavily in the prevention of calamities.

According to New Age, socialist states including Vietnam, did a superb job fighting against the recent outbreak of the COVID-19 pandemic:

“Developing countries such as Cuba and Vietnam with socialist or communist state structures and philosophy are successfully handling the COVID-19 pandemic. What are the roles that their long term health and economic strategies playing behind this success? MD Talebur Islam Rupom asks this question and stipulates that this is high time that states should invest heavily in the health sectors to ensure health care for all.”

“Countries with centrally subsidized or fully funded health care systems are battling the COVID-19 crisis better than any other countries. There are also several other proactive reasons which makes it possible for them to decrease the fatalities and positive cases.

Cuba and Vietnam are two developing countries that have moved rapidly to deal with the emerging threat. Despite the embargo and restrictions by the United States and limited resources, Cuba’s handling of the pandemic could be a role model for others.

With a smaller economy than Bangladesh, southeast Asia’s Vietnam is also earning its credibility to restart their economy after reportedly eradicating COVID-19 from the country even though it shares its crucial border with China.”

At the end of May 2020, when this essay was being written, the Socialist Republic of Vietnam with 95.5 million inhabitants, has registered only 327 infections and zero deaths, according to data provided by Johns Hopkins University.

Even the mainstream, right-wing British magazine, The Economist, could not overlook the great success in battling against Covid-19 by Communist states, such as the Indian Kerala and Vietnam:

“…With 95m people, Vietnam is a much bigger place. In dealing with covid-19, however, it has followed a strikingly similar script, with an even more striking outcome. Like Kerala it was exposed to the virus early, and saw a surge of infections in March. Active cases also peaked early, however, and have since tumbled to a mere 39. Uniquely among countries of even remotely similar size, and in contrast to such better known Covid success stories as Taiwan and New Zealand, it has not yet suffered a single confirmed fatality. The Philippines, a nearby country of roughly the same population and wealth, has suffered more than 10,000 infections and 650 deaths.

Like Kerala, Vietnam has recently battled deadly epidemics, during the global outbreaks of Sars in 2003 and of swine flu in 2009. Vietnam and Kerala both benefit from a long legacy of investment in public health and particularly in primary care, with strong, centralised management, an institutional reach from city wards to remote villages and an abundance of skilled personnel. Not coincidentally, communism has been a strong influence, as the unchallenged state ideology of Vietnam and as a brand touted by the leftist parties that have dominated Kerala since the 1950s.”

Some analyses, including those based in the West, go as far as to claim that Vietnam has already bypassed many countries in the region, including those which are, at least on the paper, much wealthier.

“Adam McCarty, the chief economist of research and consultancy firm Mekong Economics, expects that Vietnam will widely benefit from how it has handled COVID-19. “Maybe this is a turning point where Vietnam leaves the group of countries as Cambodia and the Philippines and joins more sophisticated countries as Thailand and South Korea, even though Vietnam doesn’t have a similar GDP yet,” McCarty told DW from Hanoi…

“With the rest of the world still suffering from COVID-19, exports are really going to get hurt,” McCarty said. The economist stressed that things cannot just go back to how they were. And even though domestic consumption is likely to increase in the months to come, a 5% growth figure for 2020 may be too ambitious. “It’s probably more like 3%, but that’s still good in these circumstances. It still means Vietnam is a winner.”

I periodically return to Vietnam, one striking thing I keep noticing is that the country has no slums. Extreme misery is so common in brutal capitalist Indonesia, the Philippines, but also in Cambodia and Thailand. There is no misery in the Vietnamese cities, towns and countryside. That itself is an enormous success.

Communist planning means that most of the natural and medical disasters are well prevented. When I used to live in Hanoi, the vast and densely populated areas between the Red River and the city used to get flooded, annually. But gradually, the neighborhood got relocated, and green areas reintroduced, stopping the water from reaching the city.

Step by logical step, Vietnam has been implementing changes designed to improve the lives of the citizens.

The mass media in the West and in the region writes very little about this ‘Vietnamese miracle’, for obvious reasons.

With tremendous sacrifice, Vietnamese citizens defeated the French colonizers, and then the U.S. occupiers. Millions of people vanished, but a new, confident and powerful nation was born. It literally rose from ashes. It constructed its own, “Vietnamese Model”. Now, it is showing the way to those much weaker and less determined countries of Southeast Asia; those that are still sacrificing their own citizens, by being obedient to the diktat of North America and Europe.

From one of the poorest Asian countries, Vietnam has become one of the strongest, determined and optimistic.

Andre Vltchek is a philosopher, novelist, filmmaker and investigative journalist. He has covered wars and conflicts in dozens of countries. Six of his latest books are “New Capital of Indonesia”, “China Belt and Road Initiative”, “China and Ecological Civilization” with John B. Cobb, Jr., “Revolutionary Optimism, Western Nihilism”, a revolutionary novel “Aurora” and a bestselling work of political non-fiction: “Exposing Lies Of The Empire”. View his other books here. Watch Rwanda Gambit, his groundbreaking documentary about Rwanda and DRCongo and his film/dialogue with Noam Chomsky “On Western Terrorism”. Vltchek presently resides in East Asia and Latin America, and continues to work around the world. He can be reached through his website, his Twitter and his Patreon.