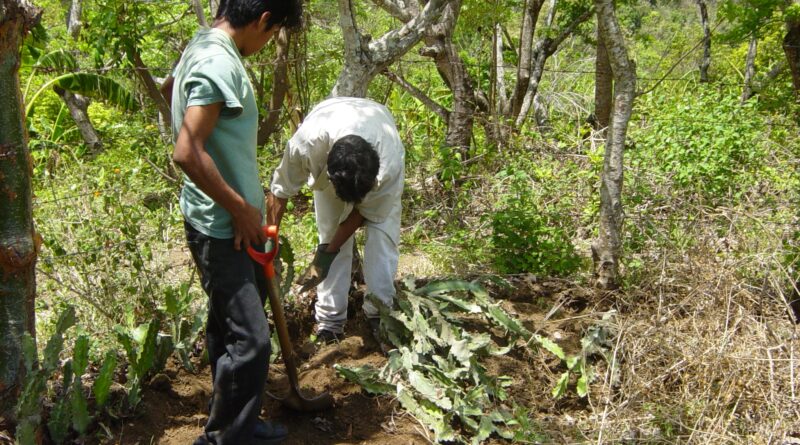 The UN Refugee Agency Is Exaggerating The Number Of Nicaraguan Refugees

Managua, Nicaragua – Two years ago, COHA reported on the manufactured “refugee” crisis around Nicaraguans living in Costa Rica. Now the United Nations Refugee Agency (UNHCR) is saying that “102,000 people fled Nicaragua and sought asylum in Costa Rica” in 2021. As this article shows, this statement is inaccurate, adding further to the myth that Nicaragua is suffering a refugee crisis.

On June 20, a group called “SOSNicaragua” which is based in Costa Rica, held a conference to mark World Refugee Day. Called “Breaking down walls, building hope,” it was addressed by the head of the Costa Rican government’s Refugee Unit, Esther Núñez. She confirmed that, since 2018, Costa Rica had received 175,055 applications for asylum, the majority from Nicaragua. However, the rest of her message must have been less welcome to the participants. Her unit had limited capacity to deal with these cases, she said, but in any case “a large proportion” of the people who apply for refugee status in Costa Rica do so “because they need to regulate their migratory status, but they do not really qualify for asylum” [my emphasis].

A closer look at asylum claims of Nicaraguans in Costa Rica

Núñez was repeating a point made by the then president of Costa Rica, Carlos Alvarado, when numbers of asylum claims first began to grow, after the violent, US-backed coup attempt in Nicaragua in 2018. He declared that more than 80% of recent asylum requests came from people who had been living in Costa Rica without documents before Nicaragua’s crisis. In the four years since this statement, Costa Rica has made a decision on just 7,803 asylum claims from Nicaraguans and has rejected 60% of them. Even getting an initial appointment to make a claim means a wait of two to three years, according to a Costa Rican NGO that assists refugees.

Yet the UN behaves as if all the asylum claims are not only justified but are made by people who have recently crossed the border, driven by political persecution in Nicaragua. On June 16, the UN human rights chief, Michelle Bachelet, warned that “sociopolitical, economic and human rights crises” in Nicaragua are forcing thousands to leave their homes, in a wave of migration that is growing in “unprecedented numbers.” Bachelet said that over the last eight months “the number of Nicaraguan refugees and asylum seekers in Costa Rica has doubled, reaching a total of 150,000 new applicants since 2018.″ She made no reference to the Costa Rican government’s assertions that most of these claims come from Nicaraguans already living there before 2018. Nor did she explain that claims have only “doubled” because significant numbers of them have reached the formal stages after sometimes waiting for years to be processed.

As Jeff Abbott points out in The Progressive, “Nicaraguans have been migrating to Costa Rica for decades. The two countries are historically and geographically tied together, with seasonal migration filling important jobs within the Costa Rican economy.” He quotes the coordinator of Costa Rica’s  Nicaraguan Links Association, describing the “economic interdependence between the two countries.” In fact, around 385,000 Nicaraguans are officially residents in Costa Rica, with perhaps another 200,000 there without official documents, totaling about 10% of the population. In a typical year, there are more than 900,000 official cross-border movements by Nicaraguans, with similar numbers leaving as there are entering the country: principally, migrant workers traveling back and forth, according to Costa Rica’s seasonal job opportunities (see table). Thousands more make unofficial crossings to avoid paying the border fees.

However, official cross-border movements fell by two-thirds in 2020, during the pandemic. Costa Rica was desperate to keep its Nicaraguan workers, with the then vice-president urging Nicaraguans to stay. But the country was hit hard by COVID-19, which badly affected its tourist trade: The Economist reported that government debt reached one of the highest levels in Latin America and, in return for loans to bail out the government, the IMF insisted on spending cuts. Poverty now affects nearly one-third of Costa Rican households. In 2021, over 5,000 more Nicaraguans left Costa Rica than entered it. Although traffic has increased in the first months of 2022, it is still less than half of pre-pandemic levels. Lack of job opportunities in Costa Rica, for Nicaraguans who have historically worked there, is one of the factors leading to more migration north to the United States.

Of course, Nicaragua was also affected by the pandemic, as well as the additional damage caused in November 2020 by two devastating hurricanes. Its economy grew by 10% in 2021, which returned it to pre-pandemic levels, but growth was still not sufficient for the country to recover from the harsh economic effects of the 2018 coup attempt. It is therefore not surprising that, while far fewer Nicaraguans are traveling to Costa Rica to work, a proportion of those already there are looking to regularize their immigration status by seeking asylum, as Esther Núñez pointed out.

Migrants are instead heading to the United States

The temporary breakdown of the historic economic ties between the two countries has almost certainly given extra impetus to Nicaraguan migration northwards, to the United States. Some 163,000 Nicaraguans have been encountered after crossing the U.S. border since January 2020, while before then numbers amounted to a few hundred each month. While (again) this increase is blamed (by the BBC, for example) on the “atmosphere of terror” in Nicaragua, the reality is more mundane.

As Tom Ricker points out, writing for the Quixote Center, while political instability may be a factor, it is certainly no more of a factor than it is for the larger migration flows from the “northern triangle” countries (Honduras, El Salvador and Guatemala). Post-COVID economic problems are also as great, perhaps greater, in the northern triangle. But there are factors unique to Nicaragua: reduced job opportunities in Costa Rica, the growing effect of U.S. sanctions, and the relatively more favorable treatment which Nicaraguans have received after crossing the U.S. border. Indeed, the BBC quotes the case of a Nicaraguan who declared himself to the U.S. border patrol, was detained for a few weeks and then released to await a court hearing on his case. Many new arrivals get travel permits to join relatives elsewhere in the U.S., and the government pays for bus and air transport. The perception that well-paying U.S. jobs are readily available to Nicaraguans has been created by advertising in social media and the activities of the “coyotes” who facilitate the journey north.

The UN Refugee Agency gets it wrong – again

However, the UN Refugee Agency (UNHCR) appears to be blind to economic factors driving migration, and ever keener to claim that Nicaraguans are escaping political repression. In its recently issued report on Global Trends 2021, it picks out Nicaragua on a world map showing forced displacement, and a chart shows Nicaragua ranked #2 in the world for asylum applications last year, below Afghanistan but ahead of Syria (see chart).

Of the 111,600 claims attributed to Nicaraguans in 2021, almost all (102,000) are made in Costa Rica. However, the official Costa Rican figure for claims registered by Nicaraguans in 2021 is only slightly more than half of this, at 52,894. How does UNHCR arrive at the higher figure? Key to understanding the statistics is awareness of the extreme slowness with which Costa Rica deals with asylum applications. By the end of 2021, it had dealt with fewer than 7% of the 116,970 applications from Nicaraguans received over the previous four years. In addition to these formal claims, there are around 50,000 more applications at various stages before registration, many of them lodged before 2021. In correspondence with the UNHCR statistics office, they revealed that “In agreement with the Government of Costa Rica,” they added this backlog of what might be called “pre-applications” to the official tally of registered claims, to produce a total of 102,000. But the Global Trends report, far from making this clear, treats this number as relating to new claims in 2021 alone, and concludes that 102,000 Nicaraguans “fled” their country last year (see picture). The caption maintains: “In 2021 some 102,000 people fled Nicaragua and sought asylum in Costa Rica.”

Why the UNHCR wants to portray Nicaraguans as being as much at risk as people fleeing Afghanistan and Syria is a question only they can answer. It is a convenient ploy for the Costa Rican government, since it receives UN financial assistance to respond to the plight of Nicaraguans. However, it also gives added momentum to the media message that Nicaraguans are fleeing persecution. Because the increase in Nicaraguan migration northwards is a focus of media attention, exaggerating the flows southwards to Costa Rica adds to the impression of a country in crisis. This adds fuel to the flames for Nicaragua’s opposition media, of course. For example, Confidencial, a web outlet much cited by international media, gives ever more exaggerated versions of the migration figures. It claimed in June that some 400,000 Nicaraguans had left the country since the beginning of 2020. Yet even adding together the encounters over that period at U.S. borders (163,000), with the accumulation of asylum applications in Costa Rica over the same period (93,000), only produces a total of 256,000. And as we have seen, this does not compare like-with-like.

The empirical evidence indicates  that migration to Costa Rica has almost certainly fallen sharply, while there has been a matching increase in migration to the United States. Economic motives are likely to be predominant, although there are political factors too. However, it is far from an “exodus” and it is ridiculous to create a headline (as the BBC does) suggesting that most people would “rather die” than stay in Nicaragua. Unfortunately, and irresponsibly, the UN Refugee Agency is adding to the scare stories, rather than sticking to the facts.