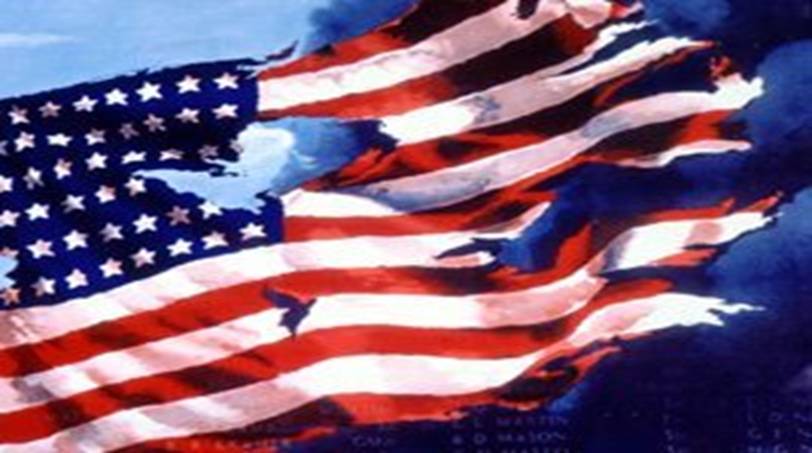 The United States Empire Is Falling. What Does That Mean?

In his latest book, “In the Shadow of the American Century: The rise and decline of US global power,” Alfred McCoy writes about the tools used by the United States to maintain global domination and how its status is declining. McCoy predicts that China will replace the US as the dominant global power holder by 2030. We speak with him about US Empire, what the decline will look like and how it will impact people in the US and around the world.

The World According to Trump; or how to build a wall and lose an empire by Alfred McCoy

In the Shadows of the American Century by Alfred McCoy

Alfred McCoy is the Harrington Professor of History at the University of Wisconsin in Madison and the author of many books on the global opium trade, the CIA and its use of torture, surveillance and the Philippines. Here is his bio from the UW website:

After earning a Ph.D. in Southeast Asian history at Yale, my writing on this region has focused on two topics — Philippine political history and global opium trafficking. My first book, The Politics of Heroin in Southeast Asia (New York, 1972), sparked controversy when the CIA tried to block publication. But after three English editions and translation into nine foreign languages, this study is now regarded as the “classic” work on the global drug traffic.

My more recent work on covert operations, A Question of Torture: CIA Interrogation, from the Cold War to the War on Terror (New York, 2006), explores the agency’s half-century history of psychological torture. A film based in part on that book, “Taxi to the Darkside,” won the Oscar for Best Documentary Feature in 2008. My latest study of this topic, Torture and Impunity (Madison, 2012), explores the political and cultural dynamics of America’s post 9/11 debate over interrogation.

The Philippines remains the major focus of my research. An investigation of President Marcos’s “fake medals,” published on page one of the New York Times (January 23, 1986) just weeks before the country’s presidential elections, contributed to the country’s transition from authoritarian rule. Analyzing the many coup attempts that followed, my book Closer Than Brothers (New Haven, 1999) documents the corrosive impact of torture upon the Philippine military.

My recent book, Policing America’s Empire: The United States, the Philippines, and the Rise of the Surveillance State (Madison, 2009), draws together these two strands in my research — covert operations and modern Philippine history — to explore the transformative power of police, information, and scandal in shaping both the modern Philippine state and the U.S. internal security apparatus. In 2011, the Association for Asian Studies awarded Policing America’s Empire the George McT. Kahin Prize, describing the work as “a passionate, elegantly written book that owes its mastery to McCoy’s narrative and analytical gifts, his years of painstaking research and his sure sense of the ominous global implications of his story.”

In 2012, the Yale Graduate School Alumni Association awarded me the Wilbur Cross Medal which is presented annually to “a small number of outstanding alumni” to recognize “distinguished achievements in scholarship, teaching, academic administration, and public service.” Simultaneously, the University of Wisconsin-Madison gave me the Hilldale Award for Arts & Humanities for 2012.

My most recent book, In the Shadow of the American Century: The Rise and Decline of U.S. Global Power, focuses on the key instruments in its exercise of this hegemony—including, geopolitical dominion, control of subordinate states, covert operations, worldwide surveillance, torture, and military technology. The work concludes by analyzing China’s challenge and the complex of forces that will likely lead to an eclipse of U.S. hegemony by 2030.