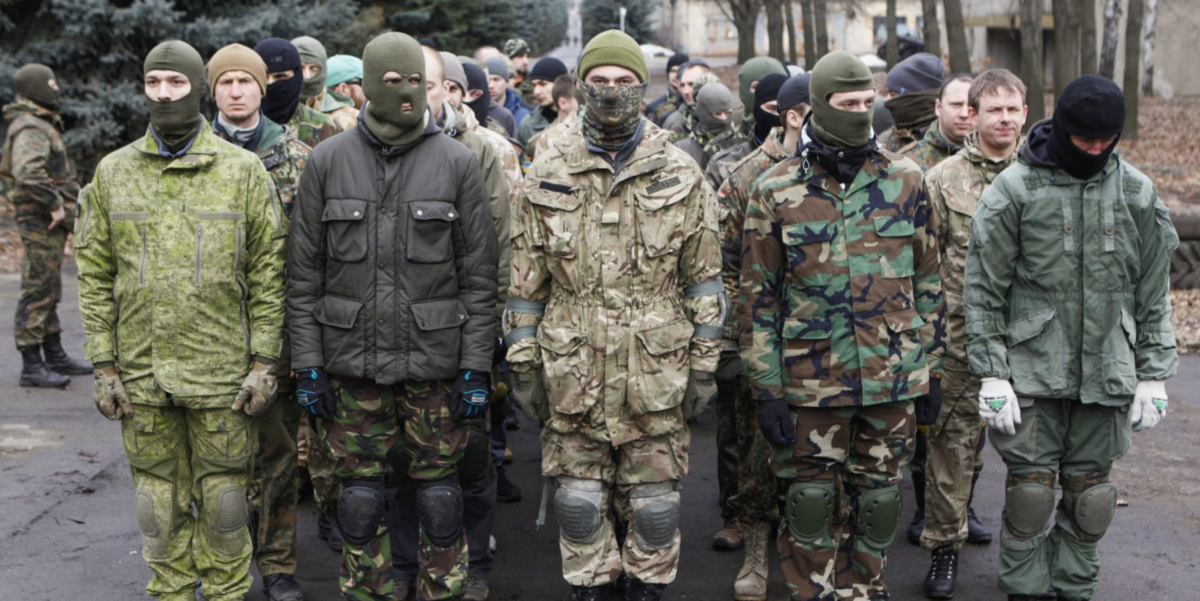 If you listen to the corporate media in the United States, you may believe the lies that say Russia is preparing to invade Ukraine. In reality, it is the United States, led by then vice president Joe Biden, that conducted a coup to replace the elected president of Ukraine in 2014 and has been training and arming Nazis to attack the ethnically Russian Donbass Region in eastern Ukraine ever since. There is daily violence against civilians and basic infrastructure. The Biden administration is escalating this aggression and trying to blame Russia with the support of the same corporate media that defended US attacks on Iraq, Libya and Syria. To clear the fog on this misinformation campaign, Bruce Gagnon of the Global Network Against Weapons and Nuclear Power in Space speaks about what is actually happening in Ukraine, the role of the US and the growing risk of war with Russia.

Between 1983–1998 Bruce was the State Coordinator of the Florida Coalition for Peace & Justice and has worked on space issues for over 35 years.  In 1987 he organized the largest peace protest in Florida history when over 5,000 people marched on Cape Canaveral in opposition to the first flight test of the Trident II nuclear missile.

He was the organizer of the Cancel Cassini Campaign (NASA launched 72 pounds of plutonium into space in 1997) that drew enormous support and media coverage around the world and was featured on the TV program 60 Minutes.

Bruce has been featured by artist Robert Shetterly in his collection of portraits and quotes entitled Americans Who Tell The Truth.  In 2006 he was the recipient of the Dr. Benjamin Spock Peacemaker Award.

Bruce initiated the Maine Campaign to Bring Our War $$ Home in 2009 that spread to other New England states and beyond.  This campaign makes the important connections between endless war spending and fiscal crisis throughout the U.S.  In 2011 the U.S. Conference of Mayors passed a Bring Our War $$ Home resolution – their first entry into foreign policy since the Vietnam War.

In 2003 Bruce co-produced a popular documentary video entitled Arsenal of Hypocrisy that spelled out U.S. plans for space domination.  Another of his videos, shot in 2009, was entitled Review of Obama’s Foreign Policy.  Both videos have been widely shown on Free Speech TV.  In 2010 Bruce was extensively featured in the award-winning documentary called Pax Americana and the Weaponization of Space.  In 2013 Bruce was featured in the documentary video called Ghosts of Jeju about the South Korean island fighting against construction of a Navy base.  He has worked to help build support for the Jeju Island issue for several years.

He is also host of a public access TV show called This Issue that currently runs in 17 Maine communities.  (This show can also be seen from the GN’s website.)

In 1968 Bruce was Vice-chair of the Okaloosa County (Florida) Young Republican Club while working on the Nixon campaign for president.

Bruce is a Vietnam-era veteran and began his organizing career by working for the United Farm Workers Union in Florida organizing fruit pickers.  Bruce is an active member of Veterans for Peace.