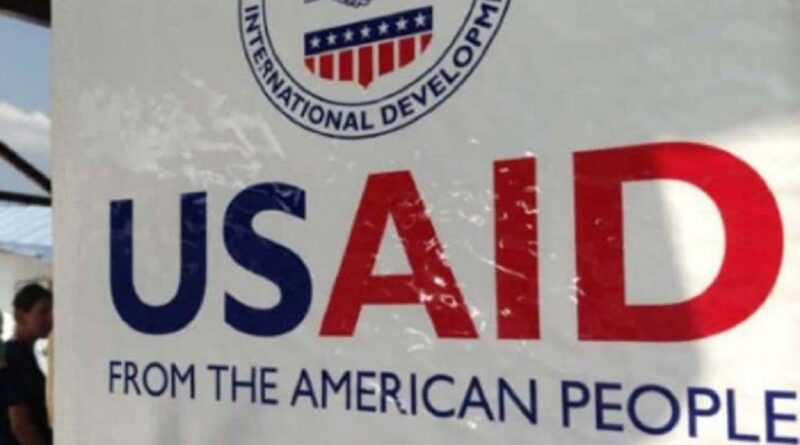 The United States Should Stop Interfering In Mexico

Above photo: USAID, a CIA cutout well-known for funding NGOs engaged in subverting administrations in countries trying to follow a sovereign path, is funding political groups disguised as NGOs in Mexico.

On Tuesday, May 19, Andrés Manuel López Obrador, president of Mexico, decried that the US government “is already taking too long” to respond to the diplomatic note sent to the US Embassy in Mexico, last May 6. The aforementioned note, sent by the government of Mexico, sought explanation regarding the financing of the NGO Mexicans against Corruption and Impunity (MCCI), as well as funding of other political groups disguised as civil associations. President López Obrador emphasized that the financing of local political organizations by a foreign government is “a clear example of foreign interventionism in matters that should only concern the Mexican people,” due to which he urged Washington to immediately suspend the funds funneled to these groups through the United States Agency for International Development (USAID).

MCCI, because of its economic power and strong political ties of its members, has become the most emblematic among the interest groups that resort to the “non-governmental organization” or “civil association” nomenclature to engage in covert politics. Such groups have not hesitated in bypassing local laws and the national sovereignty of Mexico to push for agendas favoring their private enrichment, usually acquired at the expense of public revenue.

Faced with the defeat of the neoliberal regime in 2018 and the total discredit of its representatives, such NGOs have supplanted many functions once enacted by the opposition parties, and have even become part of the actual opposition as the current electoral campaign is proceeding. In doing so, such organizations have perverted and destroyed the nature of democracy, since this removes political discourse away from the spaces provided by law, which should be the political parties, and transfers it to bodies that fall outside the scrutiny of electoral authorities. Such a scenario is already serious in itself, but it takes on an even more alarming dimension due to the blatant omission of duty by the National Electoral Institute (INE) and the Electoral Tribunal of the Federal Judicial Branch (TEPJF) that are not exercising their tasks of supervision and regulation over such entities which are clearly participating in the political process despite it being unconstitutional.

Moreover, Washington’s reluctance to stop illegal funding of such covert Mexican political organizations could be the first significant disagreement in a relationship that, contrary to what many had predicted would be filled with bilateral clashes, has so far been able to recur to the usual channels of institutional mutual understanding. Until now, reality has refuted the claims made by many commentators and intellectuals linked to the opposition, who have shown a determination to portend that López Obrador’s government is doomed to clash with Joe Biden’s, but such an augured disagreement could materialize if the current US Democrat administration continues its financing of political bodies disguised as civil society organizations.

To avoid such a clash, the White House should review, at least as far as Mexico is concerned, its traditional interventionist policy and support for opposition groups disguised as other things. Putting an end to such a conduct would be an elementary measure of respect towards Mexican law, sovereignty and its right to self-determination. It would be particularly deplorable if the US administration chooses to continue with its interventionist policies in the context of a bilateral relationship in which, thus far, agreements and cooperation have prevailed.