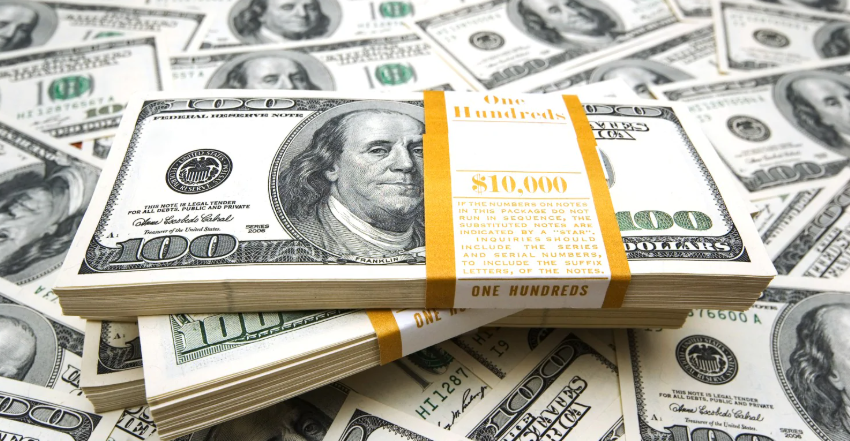 The University Community As A Microcosm Of The National Economy

In a recent article, Shawn Hubler surveys the impacts of the Covid 19 pandemic on the political economy of campus towns (The New York Times June 28, 2020). During the spring shutdowns of college campuses, millions of dollars were lost in revenues as students departed. Now with many universities and colleges contemplating reopening for the fall term, resistance has emerged from faculty, staff, and students because of the continuing threat of the spread of the virus. Some campuses have followed the lead of Purdue University in ordering equipment, trying to figure out on-campus teaching with social distancing, and preparing pledges students and faculty will be required to make to honor a health code.

Although the plans for the fall may sometimes sound bizarre, the impacts of not reopening universities would be drastic for what one might call “campus town political economies.” Whole university communities rely on dollars spent by thousands of students. Tuition makes up a larger share of university budgets today compared with twenty years ago as state funding for higher education has declined. Athletic programs attract alumni contributions and the sale of sports paraphernalia. To the host communities, losing revenue from student populations may be coupled with declining census figures because students will be elsewhere. With declining student residents, federal and state funding for community life could be reduced significantly. And, in addition, many universities are the largest employers in cities and counties so that a shutdown would constitute a massive rise in unemployment, in many instances larger than those coming from the plant closings of the 1980s.

Political Economy and the ideology of Balanced Budgets

Today the microeconomics of campus political economies and the macroeconomics of the nation, in general, face a horrific dilemma. On the one hand, recent data indicates that the pandemic may be spreading, not receding. And those states that either refused to honor the warnings of public health officials or had begun a phased reopening of their economies prematurely have seen dramatic spikes in the pandemic. Some states, such as Texas, Florida, and Arizona, with pandemic skeptics in leadership roles, are seeing enormous increases in viral infestations and many more dying from the disease. A high percentage of viral victims are young people, those presumably who have congregated in beaches and bars and who may be returning to college campuses. And, unfortunately, even other states which had honored the warnings, imposed rules to limit contact, and have only reopened their economies more carefully are also experiencing dangerous increases in pandemic victims.

On the other hand, while the victims of the pandemic increase, leaders from the Trump administration and some state governors and legislators challenge the efforts to limit social and economic interaction. Some are advocating a return to pre-viral economic and social interaction. The most crass spokespersons declare that victims of the disease are unfortunate but necessary resultants of the need to return to usual economic life. More frequently politicians, of both political parties, argue that the United States must return to normal economic activity because businesses and jobs depend upon it. As unfortunate as the pandemic is, they suggest, economic realities come first.

And for many of these politicians, the modest and ineffectual first Congressional bailout of business and workers cannot continue. Why? Because the federal government, and state governments with balanced budget rules, cannot afford to incur debt. In the face of the economic crisis brought on by the impacts of the virus on the economy, Republican Senators have argued that any future bailout would reward the financial mismanagement of blue states (such as the often-cited state of Illinois). But more generally, critics of government spending in the face of the multiple crises of the economy and public health claim that spending during these crises will lead to debt that will damage the economy by creating inflation now and a deeply indebted national economy in the future.

Even Democrats worry about what Stephanie Kelton calls, “The Debt Myth.” During the Democratic presidential race, most candidates proclaimed their opposition to deficit spending. They would endorse broadening medical coverage for example but castigate Medicare for All advocacy by asking: “How do we pay for it?” (Of course, this  question never gets raised when Presidents launch wars).

And the population at large has been raised from the cradle to believe that debt has very precise limits. We, as individuals, can charge items we purchase but we need to be concerned about the accumulation of too much charge card debt. And, the theory suggests, the same principle applies to all governments.

One illustration of this view was expressed by Mitch Daniels, President of Purdue University, and former Indiana governor. He called the national debt, the “new Red Menace.” In a National Review article (Jay Nordlinger, December 5, 2019) Daniels dismissed the word, “entitlements,” suggesting that Social Security, Medicare, Medicaid, and veterans benefits are the “drivers of debt.” Debt, he suggested, led to the “failed regimes of history.” Daniels’ comments are representative of a perspective that is broadly accepted by Congress and both political parties. Even while Congress has fashioned an emergency bailout during the health and economic crisis, the danger of burgeoning debt shapes the discourse and mindset of politicians.

It is Time to Examine Alternatives to The Debt Myth

During the last several years, newer generations of economists have begun to question the proposition that federal debt constitutes a fundamental threat to the survival of the US economy and polity. For example, Stephanie Kelton, a Professor of Economics at the University of Stonybrook,  builds on the emerging tradition of “modern monetary theory” (MMT). (The Debt Myth: Modern Monetary Theory and the Birth of the People’s Economy, Public Affairs, 2020).

Professor Kelton discusses four key elements of MMT. First, using the household budget as a metaphor for governmental budgeting is inappropriate. Family debt can be incurred but overtime must be repaid. In the twenty-first century, many households and individuals can charge goods and services they purchase but the expenditures have to be paid for in relatively short order. Politicians of both parties then argue by analogy that government expenditures have to be repaid. Therefore, short-term deficits should be avoided or repaid in subsequent national budgets. Of course, these strictures are not adhered to even by the most fiscally conservative politicians. They give blank checks to the military and they support pork-barrel legislation advantageous to their favorite lobbyists and districts. And, of course, these same politicians who oppose deficit spending are the first to endorse massive tax cuts for the rich.

Second, Professor Kelton argues, however, that while some spending might be irresponsible, sovereign governments are not analogous to the household or individual spenders. This raises the issue of sovereignty. Max Weber pointed out over one hundred years ago that states hold a monopoly on the legitimate use of violence. Modern Monetary Theorists argue that nation-states also have a monopoly on the issuing of money. States can print as much money as is needed by the economy. Contrary to individuals and families, who are not sovereign, governments do not have to repay themselves.

Third, therefore, sovereign governments can use their capacity to print money to support projects that promote the general health and welfare of society. They do not have to accept the myth that the debt will somehow punish future generations, create chaos, and destroy the normal course of social and political interactions.

Fourth, the deficit hawks warn that the printing of money could have negative consequences, the most often discussed is uncontrollable inflation. That is, with the printing of more and more money, the price of goods and services could skyrocket. Professor Kelton and others have referred to historical examples of unbridled inflation that destabilized economies and societies, what President Daniels called “the failed regimes of history.” Although Kelton argues that inflationary spirals can occur, and have historically occurred, it has been because too much money chased too few goods and services. In other words, if citizens/consumers acquire more money while the production of goods and services stagnate, the price of those commodities can rise to dangerous levels. What this suggests to MMT is that the printing of money should be proportional to societal needs, the availability of goods and services, and the employment of workers.

In sum, MMT suggests that the printing of money can be calibrated to the fulfillment of short and long term needs.  Money could and should be provided for health care for all, support for education (K through university), structural renovation, transitioning away from fossil fuels, the creation of jobs for all and universal basic income programs, and support for a Green New Deal. These programs were vitally needed before the pandemic and are even more essential since its onset. Of course, cutting military spending, pork-barrel legislation, and creating a progressive tax system helps. But the human needs articulated by progressives should be defended. And doing so requires a realistic assessment of the causes and consequences of the national debt. History has shown that the idea of “the debt” has been an ideological tool used to challenge the creation of a just society.

Returning to the campus town political economy example during the pandemic, funds should be made available to keep universities alive, provide for the continued jobs and incomes of campus workers, and for support for small businesses in campus towns. Providing for the economic necessities in local settings could be replicated in the national economy as well; both to maintain the economic life of the population and to enhance social and economic justice. And, of course, programs to enhance social and economic justice were needed even before the pandemic occurred.