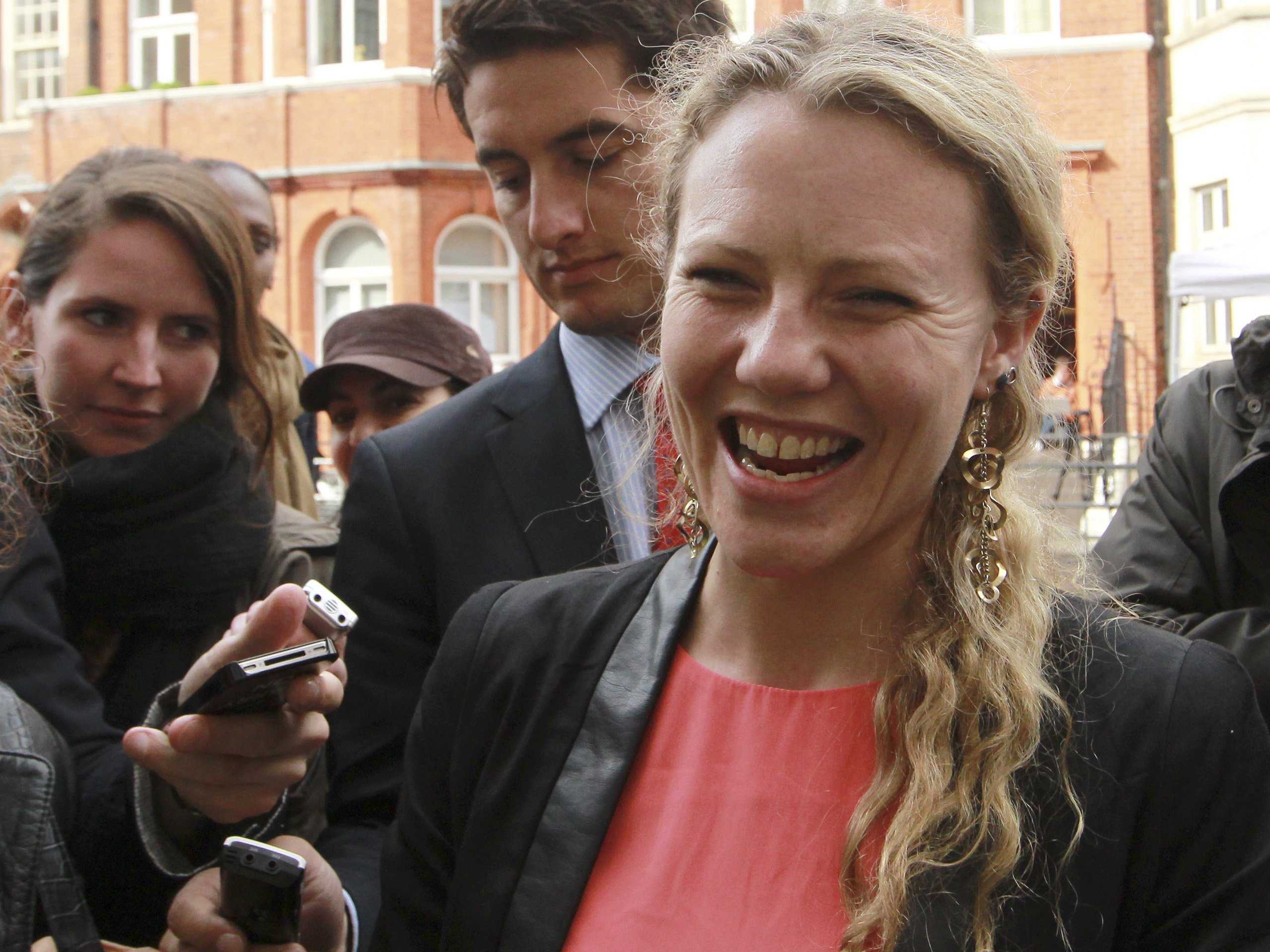 The Unsung Hero of the NSA Revelations

How many people can look back on their lives and say they have done something significant for the betterment of society? Oftentimes selfless and noble actions of individuals go unrecognized. There are always those who act quietly behind the scenes at crucial turning points in history. Such a person is Sarah Harrison.

After Edward Snowden came forward as the source behind the release of the NSA classified documents and the Obama Administration’s aggressive international manhunt began, Harrison, a 31 year old British native emerged on the world stage as the mysterious woman who accompanied this high profile whistleblower in his quest for asylum.

On June 23, WikiLeaks published her profile on its website. It described Harrison as a journalist and legal researcher who worked as section editor for WikiLeaks and as an investigative researcher for The Bureau of Investigative Journalism and the Centre for Investigative Journalism. In July 2012, while Assange was unavailable, Harrison stepped forward to announce the release of the Syria Files at the Frontline Club in London.

She played a crucial role in enabling Snowden to leave Hong Kong and accompanied him on the fateful journey to Russia. As the United Statesrevoked the passport of the former NSA contractor and attempted to extradite him, WikiLeaks, through Harrison provided means for his safe passage to Moscow and she stayed with him, assisting with his asylum applications to various countries.

Washington Post ran a story on Harrison on July 5, recounting her path into the world of journalism; from an unpaid internship to becoming one of Assange’s close advisers. In the Post story, those who knew Harrison were cited including Gavin MacFadyen, director of the Center for Investigative Journalism and Vaughan Smith, founder of the Frontline Club, who offered Assange residence at his English estate while he was under house arrest. MacFadyen, who welcomed Harrison with no prior experience to his crew of investigative journalists described how “she’s smart, determined and fully believes in the moral principle of shedding light.” Vaughan Smith said, “It’s not as if she’s getting anything out of this other than doing something that she believes is right; helping a whistleblower.” He also noted how Harrison is driven by her own conviction. It is clear that her commitment to justice led her to step forward and help Snowden.

As the media focused on Snowden’s saga, she remained in the background. She was there beside him when he held the Press conference at the Sheremetyevo airport with local human rights groups, handling the situation professionally as the inflamed rhetoric regarding Snowden’s precarious situation grew. She was there as Snowden holed up in the transit zone for almost six weeks, providing protection and a steady presence. She was last seen on August 1, leaving the airport with Snowden when he was granted temporary asylum in Russia. Reports are now circulating about Snowden’s life in Russia, yet Harrison’s situation and whereabouts seem to have slipped under the radar. Yet, in the same way that Snowden’s life has changed forever because of his choice, it would be naïve to think that Harrison could ever go back to her pre-Snowden life back in the UK.

On August 18, WikiLeaks tweeted “How can WikiLeaks journalist and UK citizen Sarah Harrison feel safe to return home? ….” On the following day, once again WikiLeaks stated that Harrison was now in self-exile.

This action is not based on an unfounded fear. The partner of the Guardianjournalist Glenn Greenwald, David Miranda was held at London’s Heathrow Airport under Section 7 of the British Terrorism Act for the maximum time he could be detained. After the incident, The Guardianrevealed the British government’s media intimidation. The Guardian editor, Alan Rusbridger spoke of how the British government threatened the newspaper with possible legal action unless they either destroyed Snowden’s documents or handed them to British authorities. Jacob Appelbaum, a computer security researcher, journalist, and advocate for the Tor Project, outlined the extreme measures being used to intimidate journalists. He said that the US is increasingly becoming a place that is not safe for those that tell truth to power. Describing this as forcing “the birth of a generation of dissidents”, Appelbaum noted the trend of journalists exiling themselves because of likely government reprisal as a result of their work. Glenn Greenwald is in Brazil. Both award-winning filmmaker Laura Poitras, who filmed the Guardianinterview of Snowden and also Appelbaum now live in Berlin. Appelbaum has spoken of how he feels he cannot practice journalism in his home country.

Considering the US government’s draconian reactions to whistleblowing site WikiLeaks and others who expose government crimes and illegality, Harrison’s involvement with this organization already raises concern for her safety. Harrison is one of the few publicly known and acknowledged associates of Julian Assange beside Kristinn Hrafnsson and Joseph Farrell. WikiLeaks is under investigation by the US Justice Department, which has invoked a secret grand jury seeking information on Assange and staffers that are tied to the organization.

Recently, after the NSA scandal revealed that the agency has spied on the Brazilian government, their citizens and even the private communication of Brazilian President Dilma Rousseff, Rousseff canceled a state visit to the US. In an email sent to the Brazilian daily Folha de Sao Paulo, Assange is reported to have acknowledged this act of the president as symbolically important and he then urged Brazil to grant Harrison asylum.

We live in an age of secrecy where elected leaders hide their true actions behind a facade of democracy. The acts of whistleblowers who bring transparency, revealing the vile nature of what is concealed are heroic. From Chelsea Manning to Snowden, what marks them as extraordinary is their courage and commitment to what they believe is right.

In an interview with Israeli news organization Haaretz, Greenwald spoke of how meeting Edward Snowden changed his life. He then stressed that the risk Snowden took was without any personal gain and done simply for the public good and stated that this fits the “definition of a hero: someone who is prepared to take upon himself a fate that would terrify most people in the name of a noble goal.”

The degree of risk might be different, but this is also what Harrison did and she was truly brave. After Snowden made the one way trip to Hong Kong, he soon felt the imperial hands of the US government reaching for him, which he had expected. The drumbeat from Washington was getting louder with the rhetoric of traitor as they aggressively attempted extradition, even charging him with Espionage on June 21. When no other organization stepped forward to offer Snowden help, WikiLeaks effectively intervened on his behalf. With the organization’s commitment to source protection, Harrison carried the mission to secure the safety of the world’s most wanted whistleblower.

When Sarah Harrison decided to accompany Edward Snowden, she aligned herself with his courageous act. She stepped up to unite her fate with this historic deed of conscience. She had a choice, and she chose to risk her own security. Such an act was also heroic. Harrison’s brave deed is an example of the significant, yet often missed links that help shape history. It brought the world one step closer to a just society where conscionable acts of whistleblowers are protected and rewarded and abuses of power are revealed and punished. This kind of courage needs recognition and heroes such as these need support and protection.

Nozomi Hayase is a contributing writer to Culture Unplugged and a global citizen blogger at Journaling Between Worlds. She brings out deeper dimensions of socio-cultural events at the intersection between politics and psyche with fiction and reality to share insight on future social evolution. She can be reached at: nozomimagination@gmail.com.Read other articles by Nozomi.