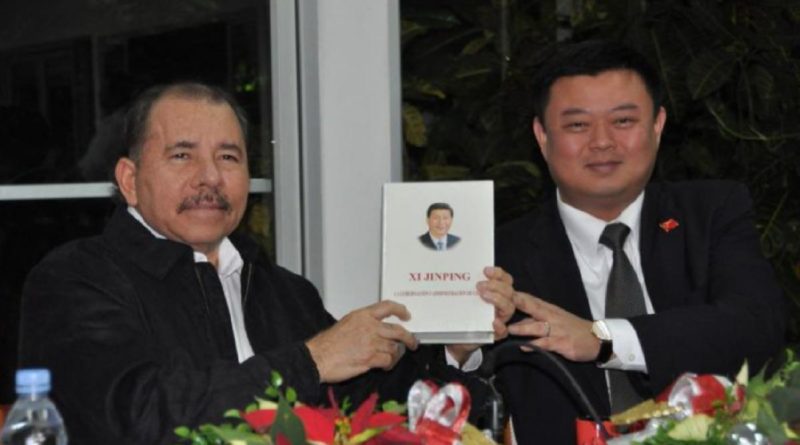 The US Is At A Loss In Central America

In November 2008, while ambassador to Nicaragua, death-squad manager nonpareil John Negroponte’s long time torture and terror campaign sidekick, Robert Callahan, remarked to a reporter in Managua, “US foreign policy toward Latin America has not changed in 50 years and is unlikely to do so under President Obama”. Just months later, the June 2009 coup in Honduras against President Manuel Zelaya proved him to be right. In fact, the veteran US war crimes insider’s comment explained unwittingly why US and allied foreign policy lurches from one mass murdering catastrophe to another.

Callahan and Negroponte, himself a veteran of the Phoenix Program in Vietnam, were the enforcers in Honduras of the US war against Nicaragua in the 1980s. Back then, they facilitated death squads that disappeared over 180 left wing Honduran leaders of rural workers, student and labor organizations. To the end of his career, Callahan embodied the atrocious US foreign policy history whose continuity he affirmed back in 2008. Since then, only thirteen years have passed but the world continues changing at a vertiginous pace even more rapid than the notable acceleration of international instability following the disastrous Iraq war, in which Callahan also served, assisting yet another of Negroponte’s terror campaigns.

The North American ruling elite and their European and Pacific allies follow the same murderous, despotic unilateral policies they have always done. At home, they apply a woke, quasi-anti-racist, pseudo-feminist, false human rights gloss to pacify domestic liberal or social democrat qualms and progressive dissent. All the while they repress their impoverished lower classes with austerity, and, more recently, undeniably harmful, arbitrary public health restrictions. Overseas, Western elites continue to destroy or destabilize dozens of countries, falsely claiming to promote freedom and democracy, which even their own repression-drunk populations find ever harder to believe.

Recent events in Central America have underlined the malevolence, stupidity and incompetence of US foreign policy, especially in what US policy makers continue to view through their Monroe Doctrine blinkers as their exclusive sphere of influence. Last November 28th mass political resistance in Honduras made possible a coalition that has inflicted a truly humiliating electoral defeat on the US backed narco-terror regime fronted by President Juan Orlando Hernandez. Two weeks earlier, in Nicaragua, Daniel Ortega’s Sandinista government won re-election with massive support from voters for their poverty reduction policies, economic democratization and defense of basic rights to food security, health care and education.

Honduras now looks forward to a government promising to follow the successful socialist-inspired policies which, prior to the ruthless campaign of US destabilization and aggression in recent years, transformed life for the impoverished majorities of Bolivia, Nicaragua and Venezuela. Among the measures president-elect Xiomara Castro has suggested she may take on assuming office is the rupture of relations with Taiwan, allowing Honduras to open full diplomatic relations with China. Over the last few days, following President Ortega’s re-election, Nicaragua has now recognized China’s territorial integrity. No one should be perplexed about why Nicaragua has opened up to China nor why Honduras may well do the same.

In 2008 prior to Honduras joining the ALBA regional bloc of countries, founded by Venezuela and Cuba, then Honduran President Manuel Zelaya visited then President George W. Bush in Washington asking for substantial development aid and investment. Bush told him there was nothing doing beyond the meagre assistance already on offer. So Honduras joined ALBA and began to get significant support facilitating Manuel Zelaya’s ambitious national development program. Unwilling to accept the regional implications of Zelaya’s advocacy of progressive poverty reduction policies, the US government and its European allies helped promote the coup and legitimize violent repression of protests and the subsequent elections, only making possible Zelaya’s return to Honduras after months of persecution and exile.

After that bitter experience and the experience of US and EU support for the electoral fraud of 2017, Xiomara Castro knows she can expect no useful economic aid or respectful political acceptance from either the US or its European Union allies. Nor is Venezuela in any condition to be able to help Honduras, after itself suffering a decade of North American and European economic aggression. So opening up Honduras to China is practically the only realistic option for Honduras to access the kinds and amounts of development support it needs to recover from over a decade of US inspired economic catastrophe that has left over 70% of Hondurans living in poverty.

The landslide electoral wins for Daniel Ortega and Xiomara Castro, along with the volatile unpredictability of President Bukele in El Salvador, have significantly complicated US policy options in the region. If Honduras does indeed open full diplomatic relations with China, only Belize and Guatemala of the eight Central American Integration System countries will still recognize Taiwan. Apart from purely commercial reasons for moving to recognize China, Nicaragua’s Sandinista government has effectively stymied current and looming overt and covert US economic coercion. The incoming government in Honduras could also likewise pre-empt potential US trade and economic aggression.

Nicaragua’s recognition of China also negates the US government’s boycott of loans from the World Bank and the Inter-American Development Bank or support from the IMF, whose resources pale beside the massive financial power of China’s state-controlled banking system. The US authorities recently deepened already existing measures attacking Nicaragua’s economy with the punitive Renacer Act. Nicaragua has countered that economic aggression by placing itself to benefit from the substantial bilateral support it can now expect from China. The same would apply in the case of Honduras. But beyond those reasons Nicaragua may share with Honduras for resuming full diplomatic relations with China, other related factors certainly influenced Nicaragua’s decision.

Its new relations with China also complement Nicaragua’s already strong economic and trade relations with the Russian Federation, and other member countries of the Eurasian Economic Union like Belarus. The move also enhances its trade prospects with member countries of the Asia-Pacific countries Regional Comprehensive Economic Partnership, apart from already longstanding trade partners, South Korea and Japan. In that context, Nicaragua is of strategic importance to both the RCEP countries and more particularly to China’s Belt and Road Initiative, especially given the advanced stage of planning and preparation for the country’s proposed interoceanic canal carried out since 2013 by China’s HKND company.

Underlying all these economic and trade reasons for Nicaragua to resume full diplomatic relations with China after a break of over thirty years, is also Nicaragua’s global moral and diplomatic commitment to peaceful negotiations for the resolution of international conflicts, Ever since taking office in 2007, President Ortega has encouraged Taiwan to reach a negotiated settlement with the People’s Republic of China.

However, especially since her re-election last January, Taiwan’s President Tsai Ing-wen has pushed an implacable militarist agenda rejecting negotiation and dialogue in favor of provocative confrontation with China, cynically supported by the US government. Nicaragua could hardly have continued recognizing Taiwan in a context where Taiwan is counting on US military intervention in a potential war with China.

For Honduras, any move to recognize the People’s Republic of China may possibly involve no more than the same low key disapproval on the part of the US that met the same policy decision by Costa Rica, El Salvador and Panama. But given increasing US desperation at losing its accustomed control of Central America, more high profile intimidation is probably more likely, certainly as regards Nicaragua. Back in 2005, then US Trade Representative Robert Zoellick made clear that the Central American Free Trade Agreement was as much a political as a trade measure, in large part aimed at corralling countries into even deeper trade dependence on the US.

So it would come as no surprise if the US formally threatened to withdraw from CAFTA unilaterally, as it has done from numerous other treaties, most notoriously perhaps the Joint Comprehensive Plan of Action over Iran’s nuclear program. When it comes to sadistic, vindictive, gangster-style menaces nothing is off the table as far as the US authorities are concerned. Consequently, wayward Central American countries like El Salvador, Nicaragua and perhaps Honduras can well expect all kinds of threats covering issues like migration rules and quotas, development cooperation, or even the family remittances so vital to the survival of millions of families in Central America.

On the other hand, however, Mexico should welcome the new development options for the region opened up by China’s growing influence in Central America. Mexico is a decisively important country for the region and prioritizes social and economic Central American regional stability as an imperative. China’s win-win cooperation philosophy offers new options for development cooperation, investment, trade, technology transfer and financial support, far preferable to the current US model of heavily conditioned neocolonial cooperation. Apart from Central America, should Nicaragua and China indeed go ahead with the proposed interoceanic canal, that project would diversify regional trade and shipping options not only for Cuba and neighboring Caribbean island nations but for Venezuela too.

Both Xiomara Castro’s electoral win in Honduras and Nicaragua’s recognition of China threaten US control in the region. Faced with a Chinese-built interoceanic canal through Nicaragua, the US will probably intensify its current diplomatic and economic aggression and also progressively devise more direct provocations. For example, it may encourage its ally Colombia to escalate its navy’s continuing violations of Nicaragua’s maritime territory which ignore the 2012 judgment of the International Court of Justice. More generally, the entrenched US military and naval presence across Central America and the Caribbean is a constant, menacing reality. Even so, recent events in the region mark a new phase of notably more resilient and savvy popular resistance to the most recent episodes of over 150 years of Yankee intervention.