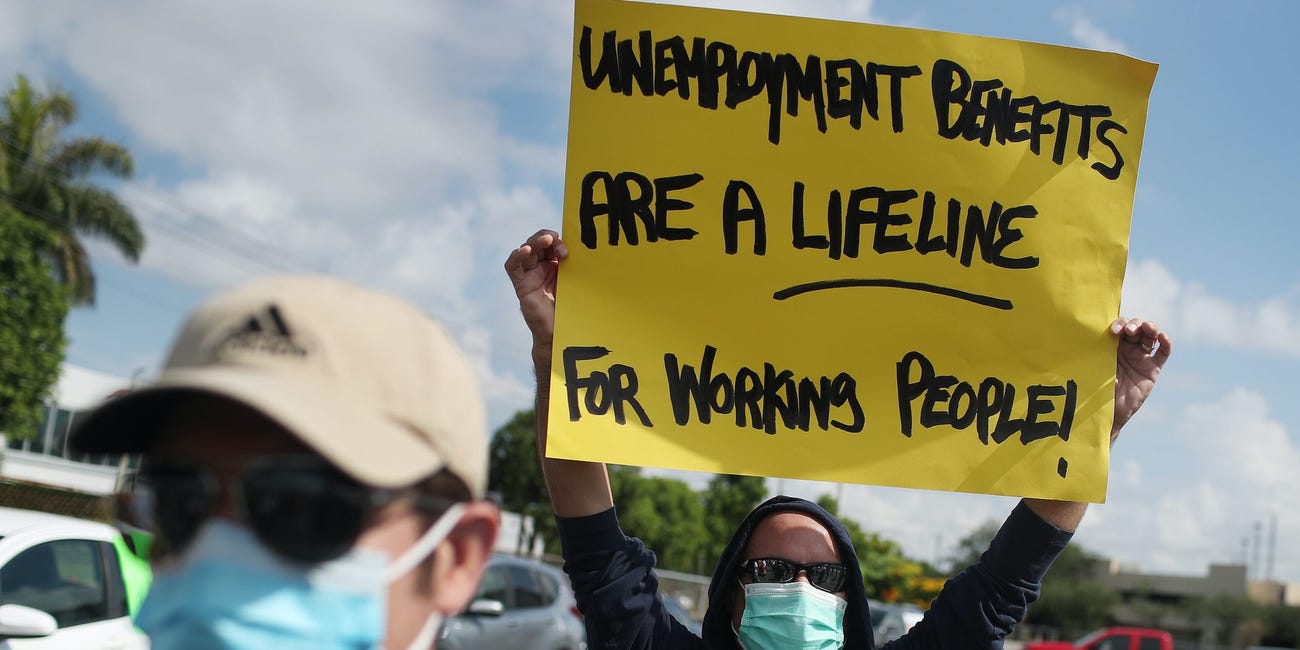 With millions of Americans as guinea pigs.

Partisan politics, Congress’ legislative language, and interest group lobbying are about to turn America’s 160 million workers into guinea pigs. We’re all about to be part of a huge study on whether unemployment insurance keeps people out of the labor market.

The biggest variable in this 50-state experiment is the new unemployment benefits created during the pandemic. Republican governors in nearly two dozen states are rolling back key benefits that helped people through the downturn: expansions in unemployment insurance to workers not previously covered, increased length of coverage for unemployed workers, and topped-up weekly payments are some of the initiatives.

While experimentation within states can generate superior solutions, it can also have its downsides in states that eschew equity. In these cases, federal power is the last line of defense for marginalized people, but Washington has a long history of abandoning them instead of taking a stand.

In 1932, Supreme Court Justice Louis Brandeis noted “It is one of the happy incidents of the federal system that a single courageous State may, if its citizens choose, serve as a laboratory; and try novel social and economic experiments without risk to the rest of the country.”

This notion that policy experimentation at the state level could land on the right answer faster than top-down public policymaking from Washington has been a popular justification for a light touch from the federal government. The “50 laboratories” theory has also helped social scientists study the effects of policy change by observing the differences between states.

Brandeis’ famous quote came in a dissent to a Supreme Court decision which effectively rolled back a state’s effort to forge its own path, in this case Oklahoma was attempting to set new regulations on businesses operating in the state. Brandeis disagreed with the majority, which said Oklahoma could not impose its own rules on an ice manufacturer.

Brandeis was the son of an abolitionist Kentucky family and a progressive Boston lawyer, arguably the father of the legal concept of “right to privacy” in the United States and a key anti-corporate voice who supported government intervention against concentrated monopoly power. He played a role in the development of the Federal Reserve and defended workplace and labor law in court.

Brandeis supported the idea that Oklahoma be allowed to regulate an ice manufacturer, but argued for it in a language more consistent with conservative ideals of state sovereignty or business supremacy that has since been co-opted in the popular imagination. No need for federal intervention if a state enacts harmful policy — they’ll eventually see the light! This attitude was also visible late in Brandeis’ career in several decisions that took teeth out of The New Deal during the Roosevelt Administration.

The American system is generally loath to enforce national standards on states. One good example is Medicaid, the country’s low-income healthcare system. Instead of being run by the federal government, Medicaid is technically voluntary and administered by states. The federal government only encourages participation in its various programs through substantial funding incentives.

This has left some states to ignore Medicaid programs that could be a huge help to their citizens. As recently as 1981, Arizona did not participate in Medicaid at all and 13 GOP-run states have refused to implement a huge expansion of the program passed in 2010 as part of the Affordable Care Act.

With labor markets still sorting through the giant shock of COVID, these benefits have been the target of businesses who rely on large pools of low cost labor. Restaurants especially have railed against the payouts, arguing that the benefits are causing a “labor shortage” and raising their labor costs. Service industry groups have lobbied aggressively to kick people out of the UI system so they can get back to their preferred labor market — one where there is a large pool of people who are willing to accept low wages.

Evidence from the JP Morgan Institute and Indeed.com show little evidence that cutting off expanded UI is likely to fuel large increases in labor supply. But that hasn’t stopped more than half of the governors in the country from refusing free money from Washington and halting payments to the unemployed in a brutal form of economic shock therapy.

As the various phase-outs of expanded UI roll in over the next few months, we will be able to compare labor market outcomes in states that do or don’t phase out benefits. The 50 laboratories will be working away to the benefit of greater labor market understanding. But the small gain of having a few real-world experiments for academics to be able to write papers about pales in comparison to the human cost of culling unemployment insurance.

Biden and Brandeis: birds of a feather

Allowing this sort of experiment — with American workers as the subject — isn’t set in stone. The Biden Administration could at least be pitching a fight against this outcome but has so far not stepped into the fray. As noted by Senator Bernie Sanders in May, the text of the CARES Act —which the UI expansion is built on — says the Department of Labor “shall provide” benefits to individuals, which could be interpreted as mandating payments regardless of what states want. But nobody in the administration has tried to force this issue with states refusing payouts.

Both Brandeis and Biden share a belief that the right argument will win out eventually, and that outright exercise of power by the federal government should be used carefully. Their cautious and light touch approach has direct costs that must be acknowledged in an era where exercise of political power on behalf of those without it is a forgotten habit.