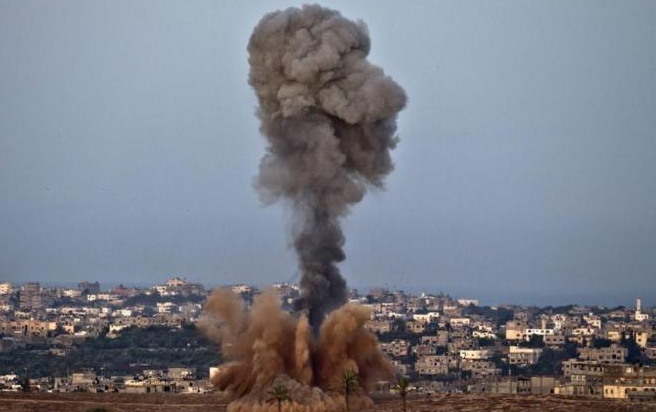 The US Media Cannot Be Trusted On Israel-Palestine

Since Israel’s brutal 21-day assault on Gaza in the winter of ’08-’09 (dubbed by Israeli politicians as Operation Cast Lead) that led to over 1,400 Palestinian deaths – of which 930 were civilians including many women and children – followed by its deadly raid on a civilian Turkish ship headed to Gaza in June 2010 that resulted in nine casualties and dozens injured, many Palestinians as well as their advocates in the West have spoken of a significant “sea change” in the western media’s once hegemonic support for Israel. However, since this latest military operation began – already claiming more than 30 lives and injuring hundreds – evidence of any changing tide has been scant.

The New York Times and the BBC have always been reliable mouthpieces for Israel’s line of justification for bombarding Palestinians, and they have not failed the Zionist state in this instance. However, their so-called liberal counterparts have scarcely hit a different tone.

Consider two of the loudest cheerleaders for the DNC and Barak Obama’s reelection: MSNBC and Mother Jones magazine. On November 16, former spokesperson for the US State Department, James Rubin, appeared on MSNBC host Alex Wagner’s programme. During the chummy discussion, Rubin described Netanyahu as a “sharp character” and placed a “huge chunk” of the blame on Palestinians for why there are currently no “peace negotiations” between Israel and Palestine, while carefully displaying his judicious side by ascribing “some part” of the blame to the Israeli Prime Minister.

Wagner and Rubin wholeheartedly agreed that Romney would be approaching this very differently, although how exactly was not discussed. In light of the fact that the Democratic-led Senate just voted unanimously to support Israel’s “right to defend itself” and President Obama has repeatedly pledged his unequivocal support for Netanyahu and the current course the Israeli Prime Minister is taking, we are simply left to ponder how it could be much worse for Palestinians.

On November 15, Mother Jones published their one and only piece on the recent attacks, which focused entirely on the Israeli army’s novel use of social media to tweet their truce-breaking assassination of Hamas leader, Ahmed Jabari.

National Public Radio’s All Things Considered explained that “the strikes were in retaliation for the launching of more than 100 rockets at Israel in recent days”, as noted by Fairness and Accuracy in Reporting.

To her credit, Amy Goodman had the outstanding Palestinian journalist from Gaza, Mohammed Omer, on her show, Democracy Now!, but failed to ask him pertinent questions about the background of the situation or provide it herself.

Some mainstream liberal media outlets have discussed the imbalance between the rocket launches from Gaza resistance groups and the attacks executed by one of the mightiest armies in the world. While some may take this as a sign of newfound “support” or “empathy” for Palestinians, this is precarious logic. If Hamas’ rockets were to become more powerful, as they are proving to be, will these outlets retract their critique of Israel’s actions? Or is support for Palestinians contingent on them remaining “victims” and will vanish at any sign of their resistance becoming more powerful or effective?

A focus on “who started it?” consumes the mainstream media’s discussion on the latest violence, leading commentators to discuss timelines as though they were opinions rather than verifiable facts to consider and, to a one, even getting that wrong, with media outlets from NPR to the NYT declaring that Israel’s – rather than Hamas’ – strikes were retaliatory.

Meanwhile pundits feverishly try to tease out a political motive to explain Israel’s latest massive assault on Gaza. So far, the realpolitick most commonly alluded to is the impending Israeli election, scheduled for January 22, giving Prime Minister Netanyahu and Defence Minister Ehud Barak strategic reasons for timing an assault on Gaza now.

The other pervasive rationale has been that Israel is “testing” the Muslim Brotherhood government in Egypt as well as, to a degree, President Obama in his second and last term in office.

While it is understandably appealing for pundits and spectators to search for a reason for yet another indefensible assault on Palestinians in Gaza, this focus separates Israel’s military actions in the Gaza Strip from its ongoing policies to implement the “Iron Wall”, a term coined by the far-right Zionist leader, Ze’ev Jabotinsky, and referring to a strategy used throughout all Israeli regimes since 1948. As John Mearsheimer explains in his latest piece for the London Review of Books‘ blog, the Iron Wall is “an approach that in essence calls for beating the Palestinians into submission”.

When it comes to looking behind the scenes of Israeli military assaults on Gaza (or Lebanon), there is always a general hoping for a promotion, a politician looking for votes, and an arms dealer making profits, but the rationale that enables that triumvirate to enact the lethal policies we are seeing play out in Gaza right now is the same one that allows the Israeli government to calculate how many calories each Palestinian in the Gaza Strip needs to survive, and to then intentionally allow fewer trucks and supplies in to meet that need.

And it’s the same rationale that motivates the Israeli occupation authorities to prevent construction in Area C of the West Bank and East Jerusalem, to encourage widespread drug addiction in Area B, and to make near-daily incursions into Area A to arrest political leaders, activists and journalists.

It’s the rationale of a coloniser, who wants land but not the people on it.

When the media starts speaking about this, then we’ll know there’s been a sea change.