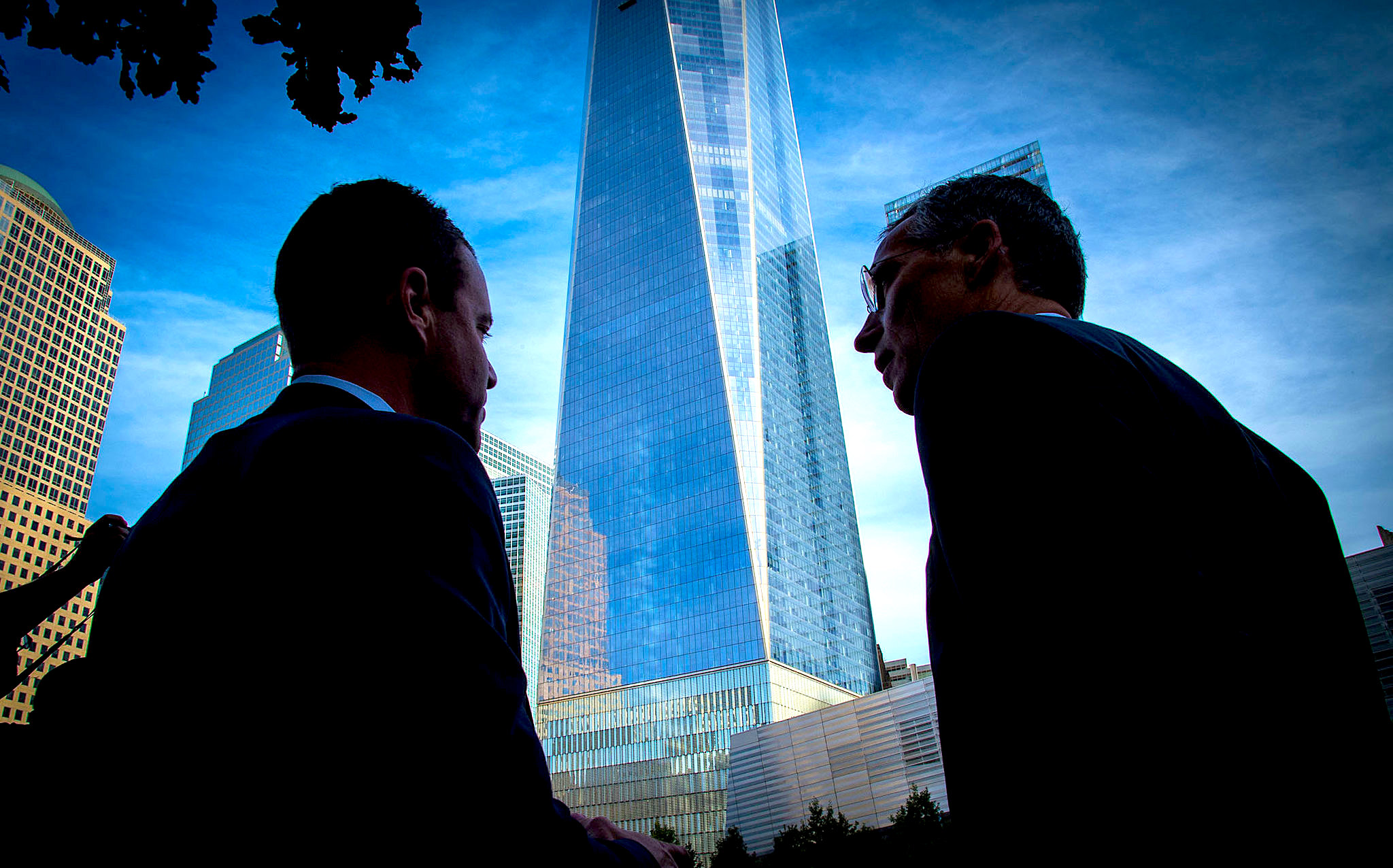 The US, NATO And The Article IV Trap In Ukraine

The ongoing Russian invasion has torn asunder whatever passed for geopolitical stability in Eastern Europe in the years since NATO expansion brought Poland and the three former Soviet Baltic Republics of Lithuania, Latvia and Estonia into its membership.

While peeved, Russia had accepted the resulting equilibrium with stoic grace, bristling at every NATO effort at muscle flexing, but not overreacting. Even in the face of NATO and EU intervention in the affairs of Russia’s neighbor and ostensible ally, Belarus, in the aftermath of a contested August 2020 presidential election and sustained border crisis over immigration policy, Russia kept its cool, reining in Viktor Lukashenko, the impetuous Belarussian president, while trying to calm the situation with the four NATO members in question.

The Russo-Ukrainian War has changed this equation, with Poland and the three Baltic States using the conflict as an excuse to trigger Article IV of the NATO Charter to call for consultations among the NATO membership regarding a situation the four Eastern European nations view as a pressing national security matter.

The Parties will consult together whenever, in the opinion of any of them, the territorial integrity, political independence or security of any of the Parties is threatened.

NATO is an ostensible defensive alliance whose core tenet of collective self-defense is enshrined in the oft-cited Article V of the NATO Charter. While NATO has been engaged in several conflicts in the past 30 years, however, none of them involved invoking Article V. Indeed, the collective defense clause has only been used once, in the aftermath of 9/11, when, at the insistence of the United States, NATO recognized the terrorist attack as a triggering moment.

The invocation of Article V was, however, more about political theater than genuine collective defense, with NATO deploying several airborne surveillance aircraft over North America, as well as assembling a small flotilla of ships in the Mediterranean Sea.

The real meat behind NATO’s actual use of military force in a combat environment has historically been Article IV; it was invoked to justify the dispatch of NATO troops to lead the Implementation Force (IFOR) and Stabilization Force in Bosnia and Herzegovina (SFOR) in the 1990’s; NATO aerial assault on Serbia and related deployment of troops into Kosovo as part of the Kosovo Force (KFOR) in 1999; the deployment of NATO troops to Afghanistan as part of the International Security Assistance Force (ISAF) in 2001; the deployment of a training mission to Iraq in 2004 and the aerial bombardment of Libya in 2011.

While some of these missions had a legitimate peacekeeping function, at least three (the bombing of Serbia, the intervention in Afghanistan, and the bombing of Libya) were offensive in nature and associated with regime change policies.

The situation confronting Poland and the three Baltic States today in Ukraine is one that resonates across NATO and Europe — how best to respond to a Russian invasion that threatens fundamental principles of sovereignty and respect for international borders that had, in theory at least, served as the foundation of European peace and security since the end of the Second World War. (The case of the creation of Kosovo, carved as it was from the territory of Serbia, serves as an uncomfortable exception to this European narrative.)

Despite NATO’s decades-long courtship of Ukraine, and the fact that the Ukrainian military had been transformed into a virtually interchangeable part of NATO through a massive training and equipping operation that saw thousands of NATO troops rotate through Ukraine on an annual basis and thousands of Ukrainian troops operating alongside NATO forces abroad, the reality was that, as a non-NATO state, Ukraine could not benefit from the collective defense protections offered by actual NATO membership. That is something both President Joe Biden and NATO Secretary General Jen Stoltenberg have repeated several times before and after the Russian invasion.

NATO has been struggling with how best to support Ukraine. Prior to the Russian invasion, NATO member states — on an individual basis — were providing military equipment and supplies to Ukraine, most notably in the form of “lethal weaponry” such as anti-tank missiles and surface-to-air missiles. While this weaponry has proven effective on the battlefield, it has not been able to stem the tide of the Russian military advance, prompting these individual NATO members to continue supplying the same lethal aid.

Complicating the arms shipments is that Russian President Vladimir Putin’s threat to any nation that interferes with the Russian action in Ukraine. “Now a few important, very important words for those who may be tempted to intervene in ongoing events from the outside,” Putin declared at the end of his Feb. 23 address announcing the beginning of Russia’s military operations in Ukraine. He said:

“Whoever tries to interfere with us, and even more so to create threats to our country, to our people, should know that Russia’s response will be immediate and will lead you to such consequences as you have never experienced in your history. We are ready for any development of events. All necessary decisions in this regard have been made. I hope that I will be heard.”

While stopping short of threatening the use of nuclear weapons, Putin’s comments left no doubt that any intervention by NATO as an organization, or individual NATO members, in Ukraine would result in war with Russia.

This threat has resonated as NATO considers its next move under Article IV. While NATO has activated, for the first time in its history, the 40,000-strong Response Force, and individual nations, including the United States, have mobilized additional military forces above and beyond those assigned to the Response Force, all of these troop movements have been declared to be defensive in nature, involving as they do the reinforcement of NATO’s eastern flank.

NATO is playing a risky game, however, by continuing to supply lethal weapons to Ukraine that originate from and are shipped through NATO members’ territory. While international law is insufficiently clear on the matter, it appears that the provision of weapons to Ukraine does not by itself open the door to legally justifiable military countermeasures by Russia. (For example, Russia can’t bomb Germany or Poland for facilitating arms transfers.)

But this is not the case when it comes to fulfilling one of Ukraine’s most oft-repeated requests, establishing a “no-fly zone” over Ukraine. If NATO aircraft were to engage in such an action, it would lead to direct contact with Russian aircraft in a theater of war, a result which would most likely end in combat between the opposing sides. Moreover, this is exactly the  kind of “intervention” Putin warned about on Feb. 23. NATO has, to date, consistently ruled out implementing a “no-fly zone” over Ukraine.

Ukraine has also requested NATO provide it with military aircraft, in particular MIG-29 fighters, that could be used to reinforce Ukraine’s much-diminished air force. While technically the provision of weapons is not a triggering moment for Russian countermeasures under international law, the delivery of combat aircraft too closely resembles the imposition of a no-fly zone and, given what that entails regarding a Russian reaction, has been deemed by the Pentagon to be untenable.

While the threat of NATO overreach in providing air support to the Ukrainian government exists, the greatest potential for a NATO-Russian clash in Ukraine rests in the ongoing flow of refugees from Ukraine into neighboring territories.

To date, more than 2 million Ukrainians have fled to sanctuary in Poland, Moldova, Hungary and Romania. The capacity of these nations to absorb these refugees is rapidly reaching the saturation point. If Russia begins its long-anticipated assault on Kiev, or otherwise engages in action which dramatically alters the situation in the rest of Ukraine, it is anticipated that millions more Ukrainians will be seeking refugee status, creating the real potential for one of the greatest humanitarian emergencies since the end of the Second World War.

Faced with such conditions, Ukraine’s neighbors may feel compelled to create a humanitarian buffer zone along Ukraine’s border with Europe which would require the deployment of some sort of peacekeeping force, operating under either the U.N., EU or NATO Article IV authority. The question of how Russia would respond to such an intervention is unknown.

If Russia were to militarily confront such a peacekeeping force on the soil of Ukraine, there is a distinct probability that NATO heavy forces might be brought in to protect the peacekeepers, raising the unthinkable prospect of a direct confrontation between Russian and NATO forces.

No one can predict with any degree of accuracy how events during war will unfold; no plan survives initial contact with the enemy, and the enemy always gets a vote.

However, if the war in Ukraine continues unabated at a level equaling or exceeding its current scope and scale, it is not a stretch of the imagination to think that there will be a refugee-induced crisis that will require some form of humanitarian intervention.

To the degree that such an intervention would be construed by Russia as a threat worthy of military countermeasures is unknown. Perhaps it is time for NATO and EU diplomats to act in a proactive fashion, reaching out to their Russian counterparts in an effort to anticipate both the problem, and the solution, in a manner which does not create the conditions for inadvertent military conflict.