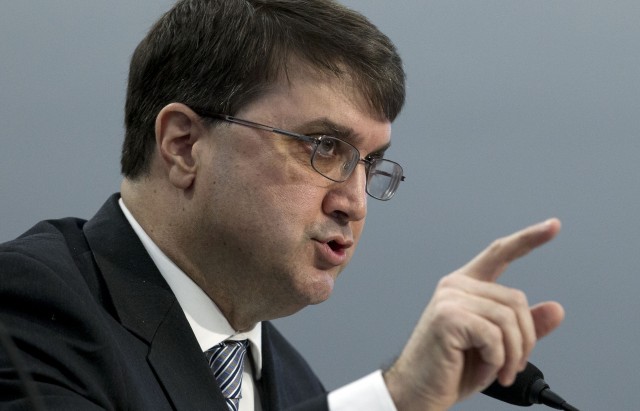 Acutely aware that its privatization plan has little support among veterans, the VA has launched a PR blitz to obscure what it’s doing.

The Trump administration’s multipronged effort to privatize the VHA and push millions of veterans out of the VA system remains deeply unpopular among American veterans. But rather than adjust its proposals to meet the needs and wishes of veterans, the administration has a better idea: deny that the changes—which include funding private care at taxpayer expense—amount to privatization at all.

Over the past several weeks, VA Secretary Robert Wilkie and his advisors from the Koch brothers-funded Concerned Veterans for America (CVA) have launched a PR offensive refuting critics who contend that the agency’s plan to funnel money to private care will lead to VHA privatization. In multiple press releases, Wilkie adamantly denied that channeling millions of veterans—and billions of taxpayer dollars—to private-sector health care providers amounts to VA privatization. Wilkie even convinced four former VA secretaries, including one who served under President Obama, to publish an op-ed at FoxNews.com echoing the VA party line. The VA’s Office of Public and Intergovernmental Affairs followed up with a press release reasserting that, “The former secretaries also pushed back strongly against predictable and false claims that the new standards amount to privatization of the VA.”

VA leadership has also sent out a number of directives instructing VHA public affairs officers and staff to refute veterans’ concerns about VA privatization. A document entitled “Veteran Community Care (VA MISSION Act)—Eligibility and Access Standards,” obtained by the Prospect from several sources who preferred to remain anonymous, has a long section advising how to counter any questions from veterans uneasy about privatization. Staff are directed to respond with, “There is no effort underway by anyone or at any level to privatize the VA.”

In yet another set of talking points delivered to VA staff and public affairs officers, VA leaders claim that outsourcing more and more VHA care doesn’t constitute privatization because privatization only occurs with “the transfer of ownership, property or business from the government to the private sector.” It goes on to say, “There has never been a proposal to do this, not from the Administration, Commission on Care or from any Veterans organization, including Concerned Veterans for America.”

In asking staff to serve as a mouthpiece for the CVA, the VA leadership is taking yet another step toward an organization that has long been hostile to the VHA.   Indeed, Darin Selnick, who has been a senior advisor to CVA, is now overseeing the implementation of the MISSION Act inside the VA. As one VHA staffer who preferred to remain anonymous said, “I don’t know if Selnick wrote this document or just edited it.”

CVA’s current executive director, Dan Caldwell, then published his own op-ed in which he indicated that opponents to the proposal are making false attacks and engaging in scare tactics, noting “It’s not about privatizing or destroying the VA.” Then continuing their privatization denial, the VA’s spokesperson Curt Cashour announced in a February 23 article in Stars and Stripes that, “Privatization is a myth that has been thoroughly debunked.”

As concern builds over Wilkie’s proposal, it is critical for veterans, veterans service organizations, legislators, and the public to understand that the VA’s narrow definition of privatization is erroneous. The vast literature on privatization makes abundantly clear that privatization is a spectrum of activities. As sociologist and Prospect Co-Editor Paul Starr has written, privatization involves “the contracting out of services formerly provided by government organizations to private producers.”

This shift can involve, at one extreme, the wholesale auctioning off of public-sector activities to private businesses, as well as the gradual outsourcing of public services to private-sector providers, use of vouchers, and “privatization by attrition,” in which a government lets public services run down.In transferring taxpayer money from public agencies to private businesses, privatization starves the public, and enriches the private sector. Tellingly, privatization often involves a propaganda assault depicting government programs as broken beyond repair and government employees as callous or incompetent.

In their push to transform the VA, Republicans in Congress, the Trump administration, and the CVA have copied every move in the privatization playbook over the past five years.

In their push to transform the VA, Republicans in Congress, the Trump administration, and the CVA have copied every move in the privatization playbook over the past five years. The CVA’s former CEO, veteran Pete Hegseth, has consistently attacked government provision of veterans’ health care, crowing in 2014 that the CVA “intentionally broadened the debate to include big government dysfunction generally.” Hegseth later went on to become a Fox & Friends host, and was praised because President Trump has sought him out often “so he could weigh in on the further privatization of veterans health care.”

When Darrin Selnick was appointed to the Commission on Care, he championed total VHA privatization in what was called the “Strawman Document.” In his written dissent from the Commission’s 2016 final report, Selnick also proposed emulating military insurance programs like TRICARE, which would ultimately turn the VHA into an insurer, rather than a primary provider, of care.

While Secretary Wilkie can protest as much as he likes, the fact remains that the VA’s new proposal for drive time alone will lead to a fivefold increase of eligibility for private care. Costs for expanding private care starting this June have been estimated at $21.4 billion for the next five years (or as high as $32.1 billion). Without additional funds appropriated by Congress, money to pay for private care will come directly out of the VHA budget—which will force VA layoffs, the termination of needed programs and even the shuttering of facilities. On February 27, Wilkie told the House Committee on Veterans Affairs that he hopes to expedite the VA Asset and Infrastructure Review Commission recommendations regarding which facilities to close, condense or expand. When a VA facility is closed, every one of its patients will be shifted to private sector care. If all this isn’t privatization, what is?