The Victims Of The Kenosha Protest Shooting

Above photo: People gather to protest Wednesday, Aug. 256 2020 in Kenosha. Anger over the Sunday shooting of Jacob Blake, a Black man, by police spilled into the streets for a fourth night. AP Photo/Morry Gash.

Two men killed at a protest for Jacob Blake were a father and a skater who tried to disarm the shooter.

A third injured man was a volunteer medic.

Friends and family remembered two men shot dead while attending protests Tuesday night for Jacob Blake, a Black man shot in the back Sunday by a Kenosha, Wisconsin, police officer.

Police arrested and charged 17-year-old Kyle Rittenhouse with murder in the shooting of several people at the protest. Two men were killed, and a third was seriously injured.

Here’s what we know about the victims. 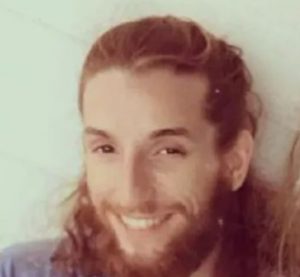 Huber, 26, was from the Silver Lake community in Kenosha County, the Milwaukee Journal Sentinel reported. An avid skateboarder, Huber was “really sweet” and “really friendly,” friends told the newspaper.

“He was one of the most amazing people,” Huber’s girlfriend, Hannah Gittings, said at a gathering Wednesday night near the location where he was killed. “He took down an armed gunman with nothing but his fucking skateboard, and he took that fucking bullet.”

A GoFundMe page has gone up to support Gittings and her daughter.

Gittings posted on Facebook asking people to “skate as hard as you can” in Huber’s memory. Mourners gathered at a local skatepark Huber frequented, the Chicago Sun-Times reported. 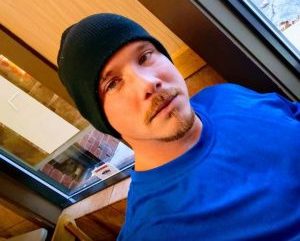 Rosenbaum, a 36-year-old father, lived in Kenosha, the Milwaukee Journal Sentinel reported. Rosenbaum originally came from Texas and is survived by his fiancee and 2-year-old daughter.

Rosenbaum, known by friends and family as “Jojo,” was a jokester and “loved his daughter very much,” his sister told the Chicago Sun-Times.

Grosskreutz, 26, was shot in the arm Tuesday and is recovering in the hospital, the Journal Sentinel reported. A resident of West Allis, Wisconsin, Grosskreutz was at the protest with the social justice group the People’s Revolution Movement.

Friends told Milwaukee TV station WTMJ that Grosskreutz was a volunteer medic at Tuesday’s protest and had also been at other Black Lives Matter protests over the summer. Other friends launched a GoFundMe page to raise money for his medical costs.

Rittenhouse had expressed his love of guns and police on his Facebook profile, which has been taken down. It was full of “Blue Lives Matter” and other pro-police slogans. He was also reportedly a onetime police cadet.

Wisconsin Attorney General Josh Kaul on Wednesday identified the police officer who shot Blake as Rusten Sheskey. Sheskey shot Blake in the back while Blake was getting into his car.

Blake is still in the hospital and is paralyzed below the waist, his family said.

UPDATE: Jacob Blake is handcuffed to his hospital bed even though he is paralyzed and can’t go anywhere.