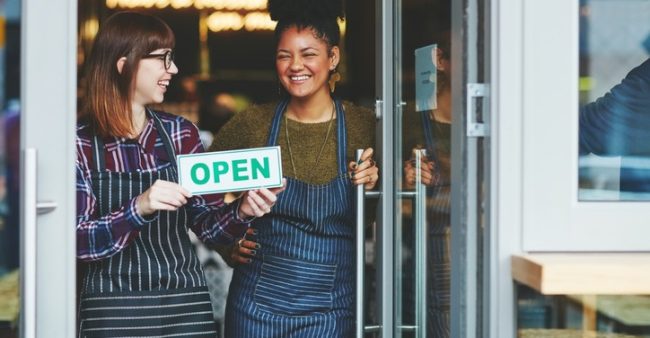 Above Photo: Fifty By Fifty aims to increase the number of employee-owners in the United States from 10 million today to 50 million by 2050. Photo by Tinpixels / Getty Images.

And she has a plan to do it.

For decades Marjorie Kelly has looked for ways that businesses can better contribute to the good of society. In 1987, after getting a master’s degree in journalism, she founded Business Ethics magazine to showcase socially responsible corporations. But after 20 years as president and publisher, she sold the magazine. She had come to an epiphany: Encouraging individual corporations to behave better was an insufficient route to improving society. Significant change would require a shift in the ownership structure of business. Kelly’s 2012 book, Owning Our Future, lays out ways to expand democratized ownership models, including employee ownership.

Research shows that when employees own the company, they make higher wages.

Through the Fifty By Fifty Network, which Kelly co-founded with Jessica Rose, she is now putting those ideas into action. Fifty By Fifty is based at the nonprofit Democracy Collaborative, where Kelly is executive vice president. It aims to increase the number of employee-owners in the United States from 10 million today to 50 million by 2050. It’s a shift they believe will transform our economy and our democracy.

Fran Korten caught Kelly at her home in Salem, Massachusetts, to learn more about the network, and its ambitious plans.

Korten: What makes you so passionate about expanding employee ownership?

Kelly: It’s the advantages it provides employees. Research shows that when employees own the company, they make higher wages, have about double the retirement savings, and are one-fourth as likely to be laid off. Their companies are more likely to be environmental stewards, and they don’t export their jobs overseas.

With employee ownership, a lot of things we worry about in the economy are on their way to being solved. That’s because you no longer have absentee shareholders looking only at their returns. It’s a radically different vision of a company.

Another reason I’m passionate about this work is that I see employee ownership as the first alternative business model that’s ready to go to scale. It’s a significant, proven model.

Asset ownership is the secret to security.

Korten: What led you to feel that owning assets is so important?

Kelly: I grew up in a family of eight children. My dad owned his own company, a small business that supplied photographic plates to the printing trade. There were 10 of us supported on one salary, and we lived pretty well. My father never saved a dime, but he owned a business. He and my mother owned a house. He owned some real estate. And I learned, not in words but from the arc of his life, that asset ownership is the secret to security. It’s the key to a comfortable retirement.

Financial security is what so many people lack today. I’ve always felt safe because my father provided a foundation of asset ownership. We weren’t rich, but we were secure.

Korten: Where did Fifty By Fifty’s goal of 50 million employee-owners come from?

Kelly: Thomas Dudley, a Ph.D. student at the Stanford Business School, conducted research that showed that half of all employees in the U.S. could own their companies. When you can find one employee-owned company in an industry, that shows it can work in that industry. The ICA Group, one of our network partners, believes there are whole industries that employees can own. Home care is an example. Employee-owned companies could dominate the whole industry.

So we think our goal is doable. Our 50 million employee-owners goal would be about 20 to 25 percent of the workforce in 2050. That would be larger than all manufacturing employment in the United States at its height, in about 1980.

Korten: How would our economy and our society be different if you and your colleagues could actually reach that goal?

Kelly: We believe it would begin to restore the middle class. It would reduce inequality and stabilize companies with local ownership so they’re not sending jobs overseas. When companies are locally owned, three times as much money circulates locally. Other companies in the area—accountants, lawyers, grocery stores—tap this local wealth. So there are large economic benefits locally.

We also think expanding employee ownership can begin to restore democracy. The 99 percent cannot really be empowered as long as the 1 percent owns nearly all the assets.

Our greatest enemies are ignorance and invisibility.

Korten: How does the idea of employee ownership play politically?

Kelly: It crosses the aisle. Employee ownership is the only policy approach that I can think of that has been favored by both Ronald Reagan and Bernie Sanders. It was under Reagan when a lot of the tax advantages were put in place for Employee Stock Ownership Plans. And many of the business owners who are selling to their employees are Republicans—often in rural areas. Take Galfab, a company that sells waste-hauling equipment. It has 150 employees in rural Indiana. “Taking care of all the employees was foremost in our mind,” CEO Jerry Samson said when he announced the sale of the company to his employees. He decided not to take the highest bid he received. He didn’t want the company sold and moved to some other place, with all those people losing their jobs.

Korten: Are there forces out there that are against what you are trying to achieve?

Kelly: Our greatest enemies are ignorance and invisibility. There is a shocking lack of awareness about employee ownership—how big it is, how successful it is.

Korten: What are some employee-owned companies that I might recognize?

Eileen Fisher clothing, which has about $350 million in annual revenue, is substantially employee-owned. Fisher has said that she didn’t want her company to be just a little morsel that’s devoured by some big company so they can go devour somebody else tomorrow. She put the ownership of her company in the hands of the people that she thought would steward the company’s mission. That’s her employees.

But the problem is that the public doesn’t know that Eileen Fisher or these other companies are employee-owned. We want to give a face to employee ownership. Eileen Fisher is known for putting her employees in her ads. It would be great if those ads said these are employee-owners. We want employee ownership to be as cool and as well-known as organic or buying local or green building. It should be one of these ideas that everybody thinks is great. It may help if employee-owned companies are certified. That’s a need Thomas Dudley is filling with his recently established organization, Certified Employee Ownership.

Korten: When you say “employee-owners,” are you talking about employees in a worker cooperative, or something else?

There are many forms of employee ownership. The worker cooperative is one.

Kelly: There are many forms of employee ownership. The worker cooperative is one. The Employee Stock Ownership Plan is another. ESOPs represent a much bigger proportion of worker-owned companies. That’s partly because ESOPs have financing advantages that worker co-ops don’t have. For example, bankers often are more willing to lend in an ESOP transaction. In a worker co-op, its not so clear who is on the hook if that debt that goes bad. There are solutions to that, but it can be a challenge. So, for a variety of reasons, worker co-ops tend to be smaller companies. ESOP companies can be huge. W.L. Gore & Associates has 10,000 employees and more than $3 billion in revenue.

Korten: I’ve heard some people say that ESOPs aren’t as democratic as worker-owned cooperatives. Is that right?

Kelly: There’s a lot of variety in ESOPs. The National Center for Employee Ownership, one of our Fifty By Fifty Network members, counts about 7,000 companies that have ESOPs. Some are publicly traded companies where the employees own just a tiny amount. Among the 10 million employee-owners today, about two-thirds are at these kinds of companies. When employees own, say, just 5 percent of a company’s stock, it doesn’t amount to much of a change in the company. But there are at least 1,600 ESOPs—with roughly a million employees—whereemployees own the majority of the stock. When employees own at least 30 percent of the stock, you can start to have a genuine empowerment culture.

Korten: Getting to 50 million employee-owners in this country sounds like a big challenge. How do you and your colleagues hope to get there?

And reaching out to civil society groups can help. There are Black empowerment groups that are promoting worker co-ops. They are building on the long tradition of worker co-ops in the Black community. That experience was beautifully documented in Jessica Gordon Nembhard’s recent book Collective Courage: A History of African American Co-operative Economics in Thought and Practice.

Korten: What can an ordinary person do to advance employee ownership?

Every economy is defined by its predominant form of asset ownership.

Kelly: Well, they should go to our website FiftyByFifty.org and sign up for our blog about advances in employee ownership. They can shop at companies that are employee-owned. They can encourage their senators and [congress members] to support federal legislation such as the WORK act, introduced by Sens. Bernie Sanders, Elizabeth Warren, and Kirsten Gillibrand. It would fund state employee ownership centers. A second bill would establish an employee ownership bank.

There are some opportunities to invest in employee-owned companies, like Equal Exchange. People should also think about whether employee ownership is possible at companies where they work. Or look for that when they’re job hunting. Citizens can encourage their city to advance employee-ownership. Cities are always surprised when companies that have been in their city for a long time are closed or sold. But the city could identify vulnerable companies and help them stay locally owned and, in some cases, shift to ownership by their employees.

Korten: So in conclusion, it sounds like you and your colleagues are attempting to change the very nature of our economy. Is that right?

Kelly: Absolutely. In studying history, I saw that every economy is defined by its predominant form of asset ownership. In a monarchy, the king and aristocracy own all the land. In a feudal economy, lords own the land. In communism, the state owns the means of production. In early-stage capitalism in the United States, the robber barons and railroad kings owned a lot of the economy. More recently ownership has passed into the financial markets. The next stage is to democratize asset ownership. If we want to have a more democratic country, then we need to have more democratic asset ownership.