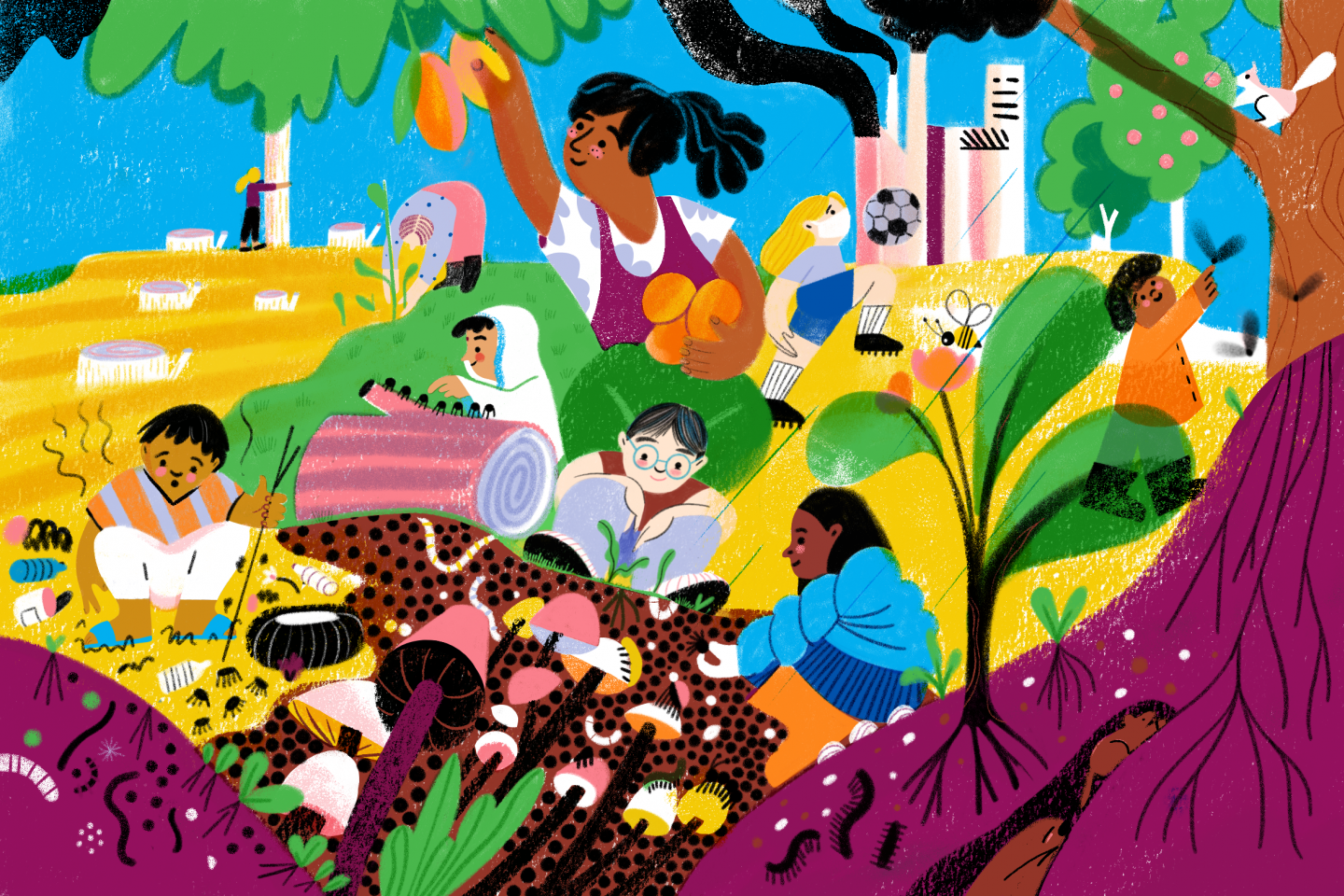 There can be no biodiversity without human diversity

Above Photo: By Cynthia Alonso for UNICEF

The idea that humans are a danger to nature is deeply rooted in some minds. However, it is based on an ethnocentric vision of what the term ‘human’ encompasses. Not all human beings destroy the earth. It is our consumerist lifestyle and economic model based on infinite growth that are at the root of the climate crisis and the decline of biodiversity. Other human societies have a completely different relationship with nature and do not, like Western societies, have this profound dissociation between human and nature. As the famous French anthropologist and student of Claude Lévi-Strauss, Philippe Descola, says: “the opposition between nature and culture is not universal”.

In an interview for the French news site Reporterre, he made the following comment: “Not only…are humans present everywhere in nature, but nature is the product of the human factor, including in areas that appear to be absolutely untouched by human action.”

Indeed, recent studies have shown that large areas of the Earth that are considered ‘wild’ – such as the Amazon, the African plains and the jungles of India – have been shaped largely by human societies over thousands of years.

Yet this vision – that nature and humans are separate and that nature can only be saved if it is free of all human presence – was the founding tenet of the environmental movement created in the United Sates in the late 19th century.

It gave rise to a model of nature protection known as ‘fortress conservation’ since it encloses nature in a ‘bubble’, the protected area.

This racist approach considers the original inhabitants of the territory – and local communities – as pests who do not know how to manage their environment. They are evicted, and human rights violations such as torture, rape or murder abound if they attempt to return to their lands to eat, visit their sacred sites or collect medicinal plants.

But not all human beings are targeted by these expulsions. Many protected areas invite mass tourism and are often host to trophy hunting, logging and mining. Under this model of nature conservation, the Indigenous populations are not allowed to hunt for food, but tourists are welcome to practice hunting for sport.

It is another form of colonialism, green colonialism, considered by many Indigenous peoples to be one of the greatest threats they face.

Instead of seeing Indigenous peoples and local communities as key partners, this form of nature conservation harms, alienates and destroys the environment’s best allies.

‘Protect 30 percent of the earth’ – but from whom?

It is important to challenge the miracle solution to the current crisis proposed by certain governments, beginning with France, and certain organisations. They claim that by protecting 30 per cent of the earth by 2030, we can save biodiversity and mitigate climate change. What they fail to say is that this measure would destroy the lives of millions of people, around 300 million according to a recent study. It would be the biggest land grab in history.

Forced from their land, Indigenous peoples and local populations would be deprived of their self-sufficiency, reduced to poverty and would add to urban overcrowding.

And what will be the result? There is no scientific evidence that protected areas are actually effective in protecting biodiversity. Worse, you don’t have to be an expert in biodiversity to understand that, if we continue to consume and produce as we do, protecting 30, 40 or 50 per cent of the earth in other countries will not stop the climate crisis.

Added to this is the fact that we are witnessing a financialisation of nature which has become a capital good. Nature-based solutions, and carbon offsets in particular, are a perfect example: it’s okay to keep polluting, as long as you plant a few trees somewhere. In other words, we can pay to pollute.

If we want to save biodiversity, we must tackle the real causes, namely the exploitation of natural resources for profit and growing overconsumption, .

The COP15 for biodiversity will be held four months from now, and is due to decide on the adoption of the 30 per cent target. More than 230 organisations and experts, including Survival International, have signed a joint statement addressed to governments and organisations, warning of the disaster that this goal would represent if adopted in its current form. Hopefully the call will be heard – for the sake of Indigenous peoples, nature and all humankind. Without human diversity, there is no biodiversity.