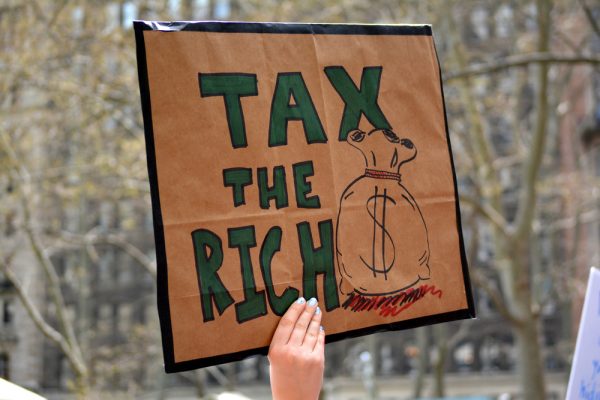 Note: This article was written the day the CBO issued its reports on the latest Republican plan — repeal the ACA and replace it later. The result would be devastating, the worst Republican score yet: “Thirty-two million fewer people would have health coverage, health insurance premiums would double and the insurance market would destabilize over the next 10 years under legislation the Senate may take up next week.”  The column below is right — the market cannot fix healthcare but what he does not mention is the ACA is also a market-based law and has also failed to solve the US health crisis. Tens of thousands are dying each year under the ACA and hundreds of thousands are going bankrupt. The first step to solving the health crisis putting in place improved Medicare for all, a single payer health program — publicly funded and delivered by private hospitals, doctors and other health providers.

A fully privatized system can never adequately provision the nation.

The Republicans have big plans for health care in this country: to eliminate coverage for millions of Americans while delivering a big tax cut to the rich.

As someone who stands to benefit from that tax cut, let me just say: I don’t need it, and I don’t want it. No tax cut is worth excluding millions of Americans from the health services they need.

Any new health care legislation should be focused on providing the best available health services for all Americans, not deliberately putting them out of reach. And yet, this is exactly what the twin monstrosities that came out of the House and Senate would have done.

According to the Congressional Budget Office, the House bill would’ve left 23 million Americans uncovered by 2026. The Senate version was only a shade better, leaving 22 million people out. Those bills were nonstarters with the public — the party was forced to pull them, along with any immediate plans to repeal the Affordable Care Act (aka Obamacare).

This Republican-majority Congress has shown their cards: They favor less coverage for workers and the elderly and lower taxes for the wealthy.

Republicans in both chambers claim they’re doing this to support “freedom” and “choice” for the American people. They say the “free market” is the only way to provide Americans with access to affordable health care. They claim deregulation will help drive down health costs.

Well, for starters, so-called “free markets” are unicorns — fanciful creatures with magical powers that don’t exist in the real world. All markets are designed; they don’t emerge spontaneously from nature. We form, structure, regulate, and enforce markets through policy and institutions which reflect private and public interests.

When it comes to health care, we’re talking about something closer to a “natural monopoly” like electricity, not an industry like autos or breakfast cereals. Everyone needs basic medical services on a regular basis, and we need to make sure the same quality is available to everyone — even in hard to reach or low-income areas.

This will always require some form of direct government funding of services, especially with respect to primary care. Failing to do so means we’re not serious about the goal of quality care for all Americans.

This doesn’t necessarily mean an entirely government-run system — there’s plenty of room for private medical practices and businesses to provide the spectrum of services we need. But it does mean some degree of public funding is essential.

A fully privatized system can never adequately provision the nation. Rural communities don’t have adequate medical facilities and staff. Underdeveloped urban communities suffer from the same lack of basic resources, and their residents often don’t have the ability or time to travel to other locations.

Republican leaders claim they want affordable access to quality health care for all Americans, but all of their proposals have focused on lowering taxes on businesses and the rich, regardless of the very real cost in terms of human life.

It’s a false choice, and the effects will be cruel.

A healthy nation is a prosperous nation. This is primarily a challenge of real resources and the distribution of those resources, not of money. Congress can and should authorize any necessary funding to achieve the stated public goal simply by appropriating the funds.

This includes designing a system that will ensure there are enough facilities, doctors, nurses, specialists, transportation systems, and all the other elements of quality care in close proximity to all who need it — at any level of need and ability to pay.

Members of the House and Senate were put there by the voters and have an obligation to fight for and protect all of their constituents, not just the ones wealthy enough to bankroll their campaigns.