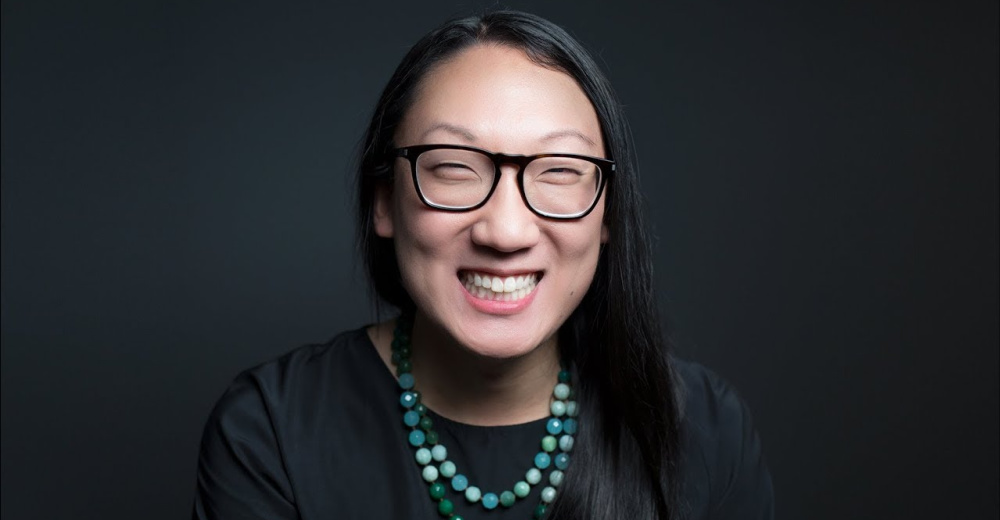 ‘These Attacks Are On Children And Their Families’

It’s frustrating to read media accounts that say “LGBTQ advocates” disagreed with or were concerned about this event, because, actually, pretty much every relevant medical and legal authority weighed in immediately to say not only do those statements not reflect the legal understanding of child abuse, but they fly in the face of the fact that support for gender-affirming medical procedures comes from, for instance, the American Medical Association, which states that not only is gender-affirming care appropriate, but that the absence of it leads to poor mental health outcomes.

In the same week, Joe Biden told trans youth, “I will always have your back” in the State of the Union address. So here to help us contextualize this past week in trans news is Andy Marra, executive director of the Transgender Legal Defense and Education Fund. She joins us now by phone. Welcome to CounterSpin, Andy Marra.

Andy Marra: Thank you for having me, Janine.

JJ: Let’s start with Texas. It seems important to say that laws don’t have to change for people’s lives to change, for people to be harmed. What do you think, maybe what you’re hearing from folks in Texas, but what are your concerns about the effect of the statements on people, whether or not they changed the law?

AM: Well, the first thing that needs to be made clear, nothing said by Governor Abbott, or the attorney general in Texas, has any legal basis whatsoever.

AM: There hasn’t been a court in Texas, or a court anywhere in the country, that has found gender-affirming care to be considered “child abuse.” It’s just pure politics. And in light of the fact that Texas just concluded a primary, it seems pretty obvious that Governor Abbott was more than likely drumming up support amongst his base, at the expense of transgender young children in our country and the parents who love them dearly.

JJ: I think for a lot of people, it’s like a joke, that you would say that parents who support their child are abusers. And parents who abandon or deny or punish them? Well, they’re the healthy ones. But “this is so obviously absurd and hateful that surely nothing will come of it”—that’s not really proven such a successful approach.

AM: Well, it’s not legally binding, what Abbott and Paxton have both declared, but it is having a profound impact on our young people and their families. People in Texas, as a result of hearing the remarks and the actions taken, they might be afraid to bring their trans children to a doctor now, which is in no one’s best interest. Medically necessary care should be accessible, and should be determined by the patient and the healthcare provider. And, unfortunately, the governor and the attorney general are sending the completely opposite message.

Let’s talk about the actual effects that this political rhetoric is having on our young people. The Trevor Project, a partner of TLDEF, conducted a report, and they found 86% of LGBTQ young people in this country have said that recent politics has negatively impacted their well-being.

JJ: There’s like 195 state bills proposed in 2022 alone, and it’s just March. So we’re wrong to say “this is ridiculous.” We do have to engage at every level to push back against these bills, even if they’re just at a low level, even if they’re just maybe not going to bubble up to become actual law, they still are having an effect.

AM: You make a great point about the volume of anti-trans bills that are cropping up in state legislatures across the country. 2021 was no exception. There was a similar number of anti-trans bills introduced in state legislatures, including in the state of Texas. And it’s not a mistake, it is not a coincidence. What is happening is the result of a highly coordinated effort by a number of opponents who would seek to harm our young people in this country.

Organizations like the Alliance Defending Freedom and the Heritage Foundation, Concerned Women for America, these organizations have consistently attacked LGBTQ progress in this country. And their latest and greatest strawperson happens to be young people. It’s not only, in fact, despicable, it’s quite frankly putting some of our most vulnerable people in this country at risk. We are putting trans young people in actual risk for their safety and for their well-being. And for parents, there is an incredible amount of fear and confusion about how they can best support their children during these times.

So I just want to underscore, this is not a mistake, this is not a coincidence. This is a highly coordinated effort in an attempt to derail progress in this country. And sadly, for me, from a very infuriating position, the next generation is being attacked. And it’s downright despicable.

JJ: Are there any particular things that you would like news media to do more of, or maybe less of, in terms of their reporting on trans issues and these predations on trans people’s human rights?

AM: First things first, we need to remember that these attacks are on children and their families. This isn’t a trans rights issue. This is an infringement on the rights of families.

And we also need to remember that when we talk about gender-affirming care, it’s not an ambiguous, abstract concept. It is medically necessary, life-saving care that is backed up by every major medical association in this country.

We know that when trans people of all ages have access to gender-affirming care, it enables trans people to thrive. It improves their health and well being. And I would encourage news outlets across the country to pay attention, and to look for stories that explore more deeply the positive and lasting impacts of healthcare.

Politicians should not have the final say when it comes to who should receive medical care. That is completely up to a doctor. And for media outlets, as well as those of us who consume news, we have to remain skeptical of the political theater and the distraction from politicians like Governor Abbott and the attorney general in Texas.

JJ: I hear that, and I also hear how crucial intersectionality is, and how often that is missing from reporting, which tends to isolate issues and harms. You can be trans on Monday, but if you’re also Black, well, we’re going to do that story on Thursday, right? If you have a disability, well that’s Sunday. And I really appreciated Gabriel Arkles, senior counsel at TLDEF, who was reminding folks that things like organizations being allowed to use religious exemptions to deny services to LGBTQ people, that that’s especially bad and differently bad for poor people and working-class people, because they’re more likely to rely on services that wealthier people can avoid.

And he also noted that, if we’re talking about child removal—actually, genuinely taking kids out of families—well, that’s a much more real threat for some families than for others. And so I know you know that you can’t isolate issues, and if we’re talking about responses, we have to talk about intersecting those responses. And this is as true for trans youth as it is for many other folks.

AM: Absolutely. And on the matter of religious exemptions, look, in this country, we not only have civil rights protection, we also have religious exemptions as well. And both of those things have existed in this country for decades. And, look, TLDEF is a proponent and supporter of the Equality Act, which is a piece of federal legislation that would explicitly codify gender identity and sexual orientation as protected classes.

JJ: And Biden mentioned it, called it out last night.

AM: Absolutely. And we know that with this bill, and also the reality of the Senate’s composition, this is an issue that is going to require bipartisan support. And, sadly, our opponents, who do not want to see this crucial piece of legislation passed, have twisted very long standing and common sense principles, like religious exemptions, and distorted them to derail progress, more specifically to derail the passage of this bill.

So I would encourage listeners, and particularly media outlets, to delve even deeper on that particular subject, because, look, our opponents are fighting tooth and nail to ensure that either progress is completely derailed, or to slow it down to the fullest extent possible. And, quite frankly, the trans community, but more broadly the LGBTQ+ community, communities of color, communities of faith, would all benefit from this piece of legislation.

JJ: Let me just ask you, finally: One of the things I liked about another piece I read from Gabriel Arkles was the reminder that courts, not even the Supreme Court, don’t have the final say on an issue. The people do. And I think you’ve just touched on it, but if you could just say, where would you like to see people using their voice? It’s easy to get discouraged when we see things like Governor Abbott and those statements, and it’s easy to get confused about what actual impact that can have, and then, even if it’s not law, it still has an impact. What would you have listeners do to make their voices heard on this set of issues?

AM: I have received numerous emails and phone calls over the past several days related to developments in Texas, and I have been on the phone for many hours with our colleagues on the ground. And a lot of folks are asking: “What can I do in this moment? How can I be of help when it feels like there is nothing that can be done?” And I would say, pick up your phone, or go on your computer, and call or contact your US senator and call on them to pass the Equality Act.

There’s a crucial need for federal protections in this country that would not only strengthen existing civil rights laws in the United States, but would also expand them to include deeply marginalized community members. And for TLDEF, and for me as a trans woman, as a trans woman of color, it matters when the president gets up in front of the world and delivers the State of the Union that calls on his colleagues in Congress to pass the Equality Act. That matters. And for listeners that are looking for one thing to do in support of trans equality, I would encourage you all to contact your US senator right now and call on them to pass the Equality Act.

JJ: Thank you. We’ve been speaking with Andy Marra, Executive Director of the Transgender Legal Defense and Education Fund. You can find and follow their work online at Transgenderlegal.org. Thank you so much, Andy Marra, for joining us this week on CounterSpin.

AM: Thank you for having me.