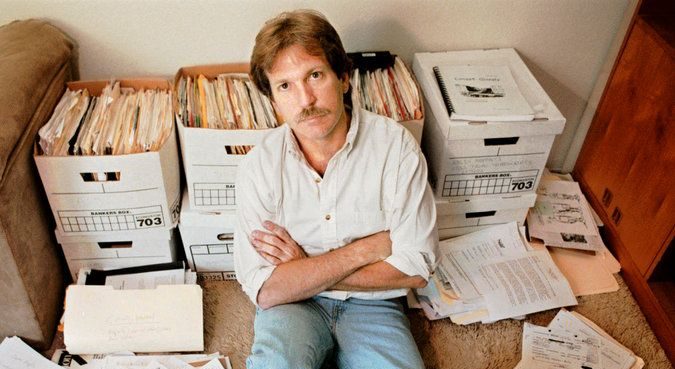 Thirteen Years After His Passing, Gary Webb’s Work Lives On

Above photo: From YouTube.com.

Thirteen years ago on December 9, the world lost one of the few remaining investigative truth tellers. Gary Webb, formerly of the San Jose Mercury News ,authored one of the most epic series outlining the cooperation of the CIA and cocaine traffickers from the US backed anti-communist CONTRA rebels.

While the circumstances of his death are highly suspect of foul play, his series ‘Dark Alliance’ exposed in tremendous detail as to how the most destructive drug, crack cocaine, was introduced to black neighborhoods in America. While some may still cast his work into the genre of conspiracy theory, much of his work has held up as truth, as described by Robert Parry in his review of the movie ‘Kill the Messenger’

So, when you’re watching this movie or responding to questions from friends about whether they should believe its storyline, you might want to know what is or is not fact. What is remarkable about this tale is that so much of it now has been established by official government documents. In other words, you don’t have to believe me and my dozens of sources; you can turn to the admissions by the Central Intelligence Agency’s inspector general or to evidence in the National Archives.

As the evidence presented itself as the one of the most egregious violations of a social contract in America, causing mass incarceration of millions from black communities nationwide, ruined lives, and countless deaths, the mainstream media were unrelenting in the attacks on this journalist who stood his ground despite threats to his life and livelihood.

The Washington Post was not alone in orchestrating a character assassination of this truth teller, but it’s worth challenging their claim that Webb was unable to hold up to the standard of ‘An extraordinary claim requires extraordinary proof.’

The US government and mainstream media tried to hide this dark episode of American history behind the idea of national security or national liability, but Gary Webb’s work and inspiration lives on. He will always be remembered as one of the world’s most courageous journalists of our time.