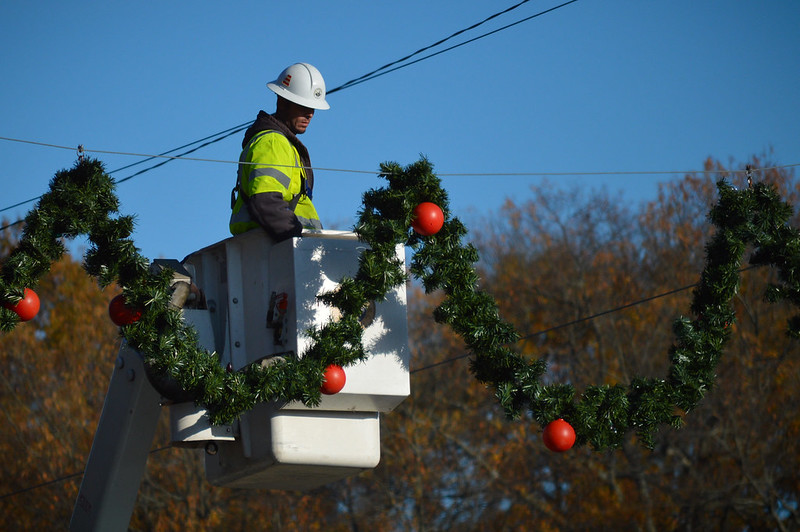 This Holiday Season, American Workers Have Little To Celebrate

Every year, much of the U.S. population celebrates Thanksgiving and Christmas to show appreciation for their families and friends. Thanksgiving normalizes the colonial origins of the United States and erases the brutality of the English settlers who massacred indigenous people to prepare the land for capitalist accumulation. Christmas is the annual holiday of big business. On no other day are workers more encouraged to spend their wages on the latest consumer product to gift to their loved ones. The holidays bring with them a deep pressure to be merry. Yet on this holiday season, workers have little to celebrate.

A new study by Brookings Institution provides a snapshot into the devastation wrought on the working class by American capitalism. Forty-four percent of all workers between the ages of 18-64 are employed in low-wage sectors and earn an average of $16 or less per hour. The study excluded workers who logged over 98 hours per week over the last year as well as certain sections of the college-educated population such as those living in dormitories and attending graduate school. Had these groups of workers been counted, the percentage of low-wage workers out of the total population would likely be even higher. This verifies prior datasets which proved that around half of the U.S. population makes less $30,000 per year.

The growing poverty of the American worker is a major contributor to the growth of toxic stress and mental illness. Half of all U.S. adults will develop a mental illness over the course of their life. Serious mental health conditions afflict nearly ten million people in the United States and over a quarter of these individuals live below the official poverty line. Suicide rates are at a thirty-year high. An obvious connection exists between rising poverty and the worsening mental health of the American worker.

Workers in the United States see no future under the current stage of capitalism. They struggle to afford rent in a nation where the federal minimum wage cannot pay for a two-bedroom apartment anywhere in the country. They indebt themselves in the trillions to attend college and obtain healthcare. They work in redundant, service sector jobs where hours are long and mistreatment, abuse, and injury are all too common. The American worker is increasingly alienated from themselves and each other. Union density rates in the U.S. have fallen to just ten percent of all workers since World War II.

The shrinking labor movement has followed a larger trend in U.S. society. Privatization has decimated the public sector. Workers have few places to socially convene independent of the machinations of consumer capitalism. Workers are competing for fewer jobs, most of which are not worth competing for at all. Homelessness, mass incarceration, and endless war remind workers that they can easily be turned into cannon fodder if they step out of line. In such an environment, addiction and self-destruction is encouraged while organizing for justice is discouraged.

Economic insecurity and alienation place more pressure on families to make up for stagnant wages and exorbitant amounts of debt. More young workers are living with their parents than at any other time in the last one hundred years. Older workers are not only forestalling retirement but also finding themselves without family or community support as siblings and adult children chase the highest paying jobs and the lowest rents and property values. Couples feel compelled to remain in toxic relationships for economic reasons. A strong link exists between domestic violence and poverty.

Contrary to the messages in Hallmark cards or the corporate media, the holidays are far from a time of celebration. Many workers view the holiday season as a harsh reminder of the loss, alienation, and despair that they’ve experienced over the course of their lives. Holidays place added pressure on workers to dismiss the ills of capitalism and the personal stressors associated with them. It should come as no surprise that most workers already struggling with mental health conditions report that the holidays only worsen their symptoms. Instead of embracing humanity, the holidays encourage workers to embrace rampant commercialism and the nuclear family.

To break from a culture steeped in the profit motive, workers will need to create their own traditions based upon solidarity and social transformation. Not everything about the holidays needs to be thrown out in the process. Spending time with family and friends during a day off from work can and should be rewarding to the psyche and to society. The conditions of capitalism prevent the holidays from serving a social purpose. Holidays under capitalism breed despair but brand themselves as moments of pure joy.

While workers may have little to celebrate this holiday season, there are reasons for the working class to be optimistic in the years to come. Teachers in cities such as Chicago and Los Angeles have won key gains in 2019 by using the most powerful weapon at the disposal of organized labor: the strike. At the beginning of the year, the Los Angeles Teachers won smaller class sizes and more support staff. The Chicago Teachers Union massively increased the number of nurses in the school district by forcing the city to hire nurses rather than continue the inefficient and harmful practice of hiring private contractors. The UAW’s strike of General Motors (GM) earlier this Fall made global headlines even if it was unable to win every demand that the workers put forth. These strikes reflect a growth of class consciousness in the United States. The continued growth of class consciousness will be critical toward building the kind of struggle capable of bringing about massive political and economic change for the working class.

Furthermore, workers around the world are leading the way in the struggle against class inequality and foreign-sponsored wars. Massive protests in Haiti, Chile, Honduras, and Algeria are just a few of many occurring around the globe. The protests have mainly targeted repressive U.S.-backed governments and their neoliberal economic agenda. China is leading the world in poverty reduction. Cuba is the most sustainably developed nation in the world. A vast majority of workers around the world want to see an end of the miseries imposed by global capital and are actively fighting to make their demands a reality.

The question is whether workers in the United States can decisively break from the despair, the racism, and the extreme alienation shaping their current condition. Being determines consciousness. At this moment, the neoliberal race to the bottom has rendered most workers too fearful, disorganized, and full of self-blame to fight back. However, millions of workers have rallied behind the political campaign of Bernie Sanders. Labor unrest is likely to continue as neither political party appears interested in implementing Bernie Sanders’ social democratic agenda. Workers in the United States are in desperate need of a revived labor movement to quench their thirst for a better life. Putting our energies into building this movement will go a long way toward shaking the Holiday Blues and giving workers something to really celebrate: a society run by workers, in the interests of workers.