Above Photo: BETTMANN VIA GETTY IMAGES

That surpasses a previous milestone set between 1997 and 2007, when then-President George W. Bush signed minimum wage legislation. Obama, stymied by Republicans on Capitol Hill, became the first president since Ronald Reagan to not put a pen to a minimum wage bill throughout his tenure.

Even though the federal wage floor has remained the same, its purchasing power has fallen since 2009 due to the rising cost of living. 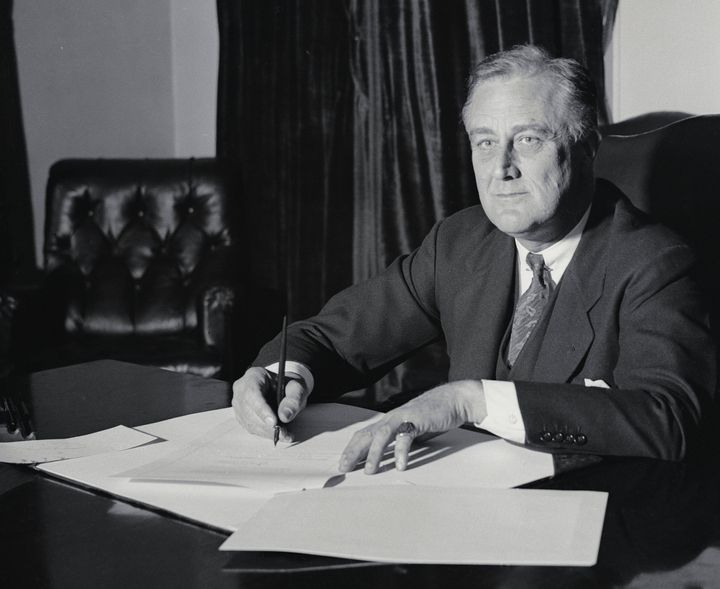 The federal minimum wage prevails in any state that doesn’t mandate a higher one. While Congress and the White House have left it alone for nearly a decade, more and more states have opted to hike their rates on their own, either through legislation or the ballot box. Now a majority of states have a higher wage floor than $7.25, with some now on a trajectory to $15.

But the federal minimum wage currently reigns in 21 states. While many of those states have relatively lower costs of living, Democrats have said the federal rate needs to rise because $7.25 per hour isn’t enough to survive on anywhere, including in rural areas.

There’s no mystery as to why the federal minimum wage hasn’t gone up in nearly a decade: in recent years Republicans have controlled either the House, the Senate or the White House, or all three. Democrats had full control of the government at the start of Obama’s first term, but the increases approved under Bush had just been phased in ― and the economy was in the tank ― so most Democrats chose not to pursue one. 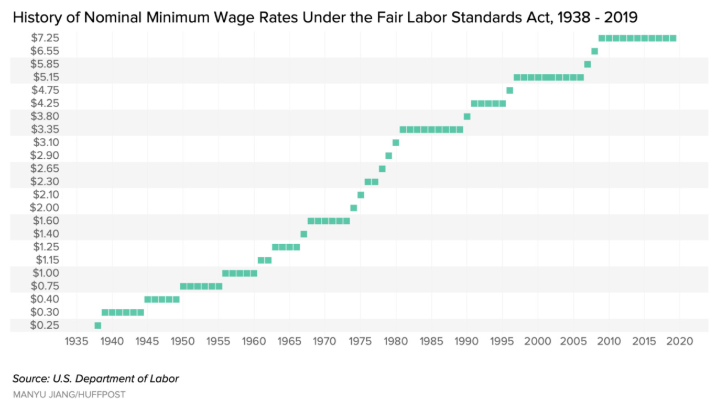 With the Senate still in GOP hands and President Donald Trump in the White House, the federal minimum wage won’t be going anywhere in the near future. Democrats now run the House and are pursuing a bill for $15, but not all of the more moderate members are on board. Even if they manage to pass it, the legislation stands virtually no chance in the current Senate.

If the House and Senate wanted to hash out a deal, it isn’t clear where Trump would come down on a minimum wage increase. It seems to be one of the president’s favorite issues to flip-flip on. As The Washington Post detailed in a helpful guide, Trump has said he opposes a wage floor hike, only to later say he supports one, before reverting to opposing one, and then coming back around to supporting one.

While his own proclamations have been confusing, one thing is certain: Trump has not advocated for a minimum wage increase since taking office, and he’s been eager to peel back regulations on low-wage employers, not add new ones.