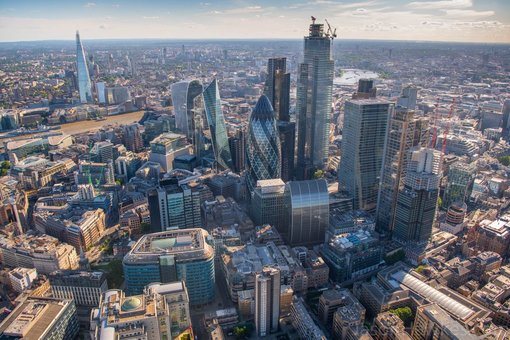 This London Firm Helps The Wealthy Hide Assets – Or Steal Them. Luckily We Have 15 Years Of Their Client Communications.

It is my cheerful duty to announce the acquisition of around 85 gigabytes of leaked emails, phone calls, faxes, and other documents originating from the London-based tax shelter firm Formations House, best known to the public for the assortment of often colorful scandals involving such figures as former Ukranian president Viktor Yanukovych, and best known to the global kleptocracy as a cheap and discreet option by which to avoid taxes or steal them altogether. These materials, which cover fifteen years from the company’s founding in 2001, were recently obtained by Distributed Denial of Secrets, the transparency organization founded by longtime researcher, activist, and Freedom of Information Act request record-holder Emma Best to facilitate and host leaks from state and corporate actors. My own non-profit Pursuance, meanwhile, has partnered with DDOS to help oversee early access by reporters, and thereafter to implement experimental crowd-sourced research protocols by which networks of volunteers will sift through this immense field of data to better ensure that critical stories are discovered and made public over the coming months and years.

Formations is among the considerable number of firms that have proliferated in recent decades to provide a focused array of financial services to clients around the globe. We must hasten to add that the majority of these are not engaged in any significant wrongdoing, while the list of services includes all manner of perfectly mundane business functions such as accounting, VAT registration, and domain hosting. The most widely utilized of its more undignified practices – providing customers with a suitably handsome ersatz physical address in one of London’s most respectable and thus expensive neighborhoods – is neither criminal nor even terribly shameful, and no more fundamentally deceptive than anything else in 2019.

But thanks to a series of successful prosecutions as well as several years of keen journalism – most notably on the part of The Guardian’s Oliver Bullough – it’s gradually become clear that a key segment of its clientele has used Formations for a range of considerably more illicit purposes, often involving “shelf” companies – pre-made corporations built on a template, including a ready-made board of directors and other forms of what amounts to a sort of institutional camouflage by which to skirt revenue collectors and regulators. But in some cases, the scam has gone well beyond the millennia-old tendency of wealthy citizens to avoid paying their share for the very infrastructure, diplomatic apparatus, and international security arrangements that benefit them the most, or in some cases exclusively. At least one of the known convictions involving Formations involves high-stakes confidence tricks employing the classic “Spanish prisoner” advance payment hustle – by one of Formations’ own directors. At least one of his partners is still on the run.

But the most important stories that will gradually be yielded from these materials will concern the looting of public resources, which institutions across the West have continued to facilitate despite the incalculable damage that results to entire populations. In 2016 Bullough summarized the Yanukovych affair – and much else – as follows: “If it was difficult for a Brit to discover that a registered address at 29 Harley Street was meaningless, it was even harder for a Ukrainian… investigative journalists in Kiev could see that a piece of state-owned land in a forest outside the capital had been illegally privatised, but they did not know who by.”

What makes this story unique is that the millions of pounds in assets pilfered with the help of a London “financial services” firm were ultimately recovered. If even one of the “400,000 companies, partnerships, and trusts” Formations notes having set up for its clients since the turn of the century are discovered to serve a similar function, and the stolen funds returned to the developing the nation that can scarce afford to have lost them, this project will have served its purpose.

As it happens, we can expect more. In the 48 hours since we began recruiting press for early access, we’ve brought on journalists from outlets like ProPublica, CNN, The Daily Beast, and the Columbia Review of Journalism, with further partnerships arranged in principle with CounterPunch and Investigative Journal. Over time, we’ll be expanding access to the entire cache on the part of both traditional outlets and experiment research collectives of the sort Emma Best and I have been overseeing in similar contexts for nearly a decade, along with many of our volunteers. To ensure the greatest yield and accommodate the widest possible access, we’ll also be allowing journalists and anti-corruption officials who may be precluded from engaging with such leaks directly to instead submit names and other keywords to be searched by our team, with any responsive documents to be securely relayed back to the inquirer.

Other special requests, along with press inquiries/requests for access and questions about volunteering for this and similar projects, should reach out to Distributed Denial of Secrets via their contact page.

To ensure the safety of those involved, the circumstances under which this cache was acquired and made available to DDOS will remain private for the time being.

The estimated 85 gigabytes are roughly divided along the following lines:

50GB – SQL table containing every email received by the firm

We reserve the right to refuse to offer any service or process any order or part of an order even if the order has been placed and accepted on our system, if in the light of further investigation if we feel that processing the order would damage our reputation.

Our email service is limited to 100mb of storage, any further use of storage and your emails will be deleted.