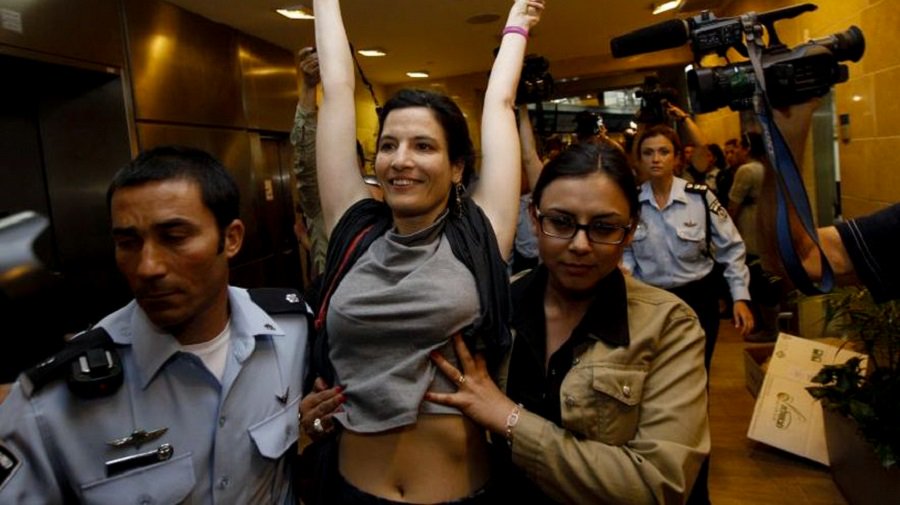 Above Photo: From Davidicke.com

Israel and the US are simultaneously stepping up repression in the form of travel restrictions against critics of Israel’s human rights violations.

TEL AVIV/WASHINGTON — Israel and the U.S. are simultaneously stepping up repression in the form of travel restrictions against critics of the apartheid state.

A Palestinian activist has been barred from entering the U.S. while an advocate with a leading human rights NGO – Human Rights Watch (HRW) – faced a ruling on Tuesday in Israeli courts which upheld the government’s deportation order against him.

Last week, the U.S. banned a founder of the Boycott, Divestment and Sanctions movement, one Omar Barghouti, from entering its soil. Though the government’s official explanation was “immigration reasons,” there is plentiful evidence to suspect the ban was meant as a reprisal for his non-violent advocacy.

The Boycott, Divestment, and Sanctions movement, or popularly, BDS, is a campaign to economically pressure apartheid Israel into compliance with international law through boycotts of the government and Israeli companies.

Breaking: An Israeli court has reinstated my deportation, saying @hrw’s work calling on businesses to stop facilitating abuses in settlements constitutes boycott. They have given me until May 1 to leave, but we’re appealing to Supreme Court. Our statement https://t.co/3118R0VWmf https://t.co/bCuUEQkRzn

I was denied entry and deported from Israel–even despite my being Jewish–solely for my political positions and peaceful BDS work for Palestinian rights. Last week the Trump administration partnered with Israel in the destruction of free speech when they denied BDS movement founder Omar Barghouti entry to the U.S”

Now Israel is deporting Omar Shakir, a human rights researcher from one of the world most credible human rights organizations–Human Rights Watch–for his and HRW’s peaceful advocacy to call on Israel should abide by international law and end its human rights abuses. This is shameful!”

Prior to her deportation, Gold had obtained a visa to study at Hebrew University. Anti-BDS minister (also known as the Minister for Strategic Affairs) Gilad Erdan said at the time:

We prevented Ariel Gold, an extreme boycott activist, from entering the country. Our policy is clear: Those who campaign towards boycotting Israel and come here in order to cause harm — won’t be allowed to enter the country. The rules have changed, and Israel will not show restraint towards those who try to hurt it.”

Her deportation followed a ban passed in Israel against Codepink and 19 other activist organizations.

Omar Barghouti – the BDS co-founder – had lined up some speaking engagements for his U.S. trip during which he planned to attend his daughter’s wedding. He had also scheduled meetings with journalists and politicians in New York City, Philadelphia, Washington, D.C. and Chicago where Barghouti was scheduled to speak at a synagogue.

That was until he went to board his flight at Ben Gurion Airport. That is when the U.S. consulate told airline staff that he was banned, despite having obtained a visa.’