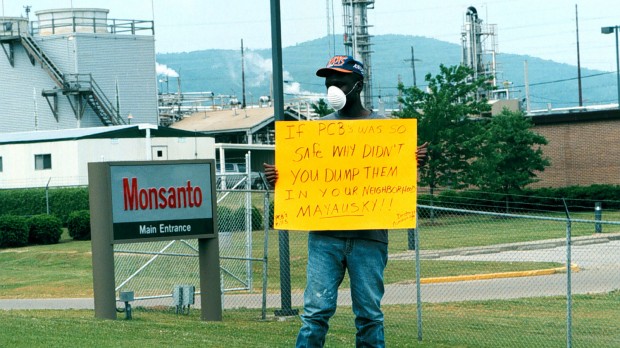 Above Photo: From mintpressnews.com

Tens of thousands of schools could be contaminated with PCBs, which can cause cancer and birth defects, but exact figures are hard to come by because EPA regulations don’t require thorough testing for the substance.

AUSTIN, Texas — A toxic chemical that used to be prevalent in construction materials may still be hiding in the walls of thousands of American schools, and experts believe the EPA is doing too little to prevent it from poisoning a new generation of children.

Polychlorinated biphenyls, a family of chemicals better known as PCBs, were commonly used in building materials until 1979, when they were finally banned due to the threat they pose to human health.

But the damage had already been done, according to Al Letson, the host of the Reveal podcast.

“By the time PCBs were banned in the late 70s, tens of thousands of public schools had been built, and today no one knows how many of those schools have a ticking timebomb,” Letson said in a June 11 episode devoted to this toxic threat. Reveal is a project of The Center For Investigative Reporting, which collaborated with WNPR in Connecticut for the PCBs report.

While EPA regulations ban PCBs and require it to be removed if it’s found in schools, the Reveal investigation found that the regulations do not require widespread testing. With budgets getting slashed nationwide, school districts often can’t afford to grapple with the consequences of discovering PCBs. WNPR’s David DesRoche reported that some schools have even been forced to close their doors:

“In December 2014 Clark School was slated to be renovated. The school officials decided to test for PCBs. They found the school was saturated with them in window caulking, in dust, in fireproofing and paint. It even leached into brand new ceiling tiles. It was so bad they eventually closed the school for good. Five other schools in Hartford have also tested positive. In one case the district replaced a single window, but there were 30 other schools in the city that were also built before 1979 and they haven’t been tested.”

Thanks to lax regulations and the high costs of addressing problems when they’re found, it’s easier not to test at all. “Proper PCB remediation is expensive and time-consuming, and so the workaround is this: If you don’t find them — that is, if you don’t test for them — you’ll never know you have them,” DesRoche said.

This, of course, leaves teachers, staff and students at risk. Schools in Malibu, California, became a focus of concern after three teachers who worked in a single classroom at Malibu High developed cancer. Other health problems followed, including birth defects. Subsequent testing of window caulk in the school found levels of PCBs that were 11,000 times higher than the acceptable limits under EPA regulations.

Without a mandate for widespread testing, the full extent of the problem remains unknown.

Experts say industry influence is behind the lax EPA regulations. Swann Chemical Company, one of the original manufacturers of PCBs, was bought out by Monsanto, the massive corporation known today as a manufacturer of pesticides and genetically-modified seeds, in 1935.

Although Monsanto no longer manufactures PCBs, it continues to face lawsuits over the chemicals’ lingering effects on the environment and human health. And stricter EPA regulations could leave the agribusiness giant open to increased legal risks. DesRoches reported:

“I asked Hugh Kaufman, who’s also with the EPA, and he put it pretty bluntly. He said it’s because of Monsanto’s liability. He says the EPA doesn’t want school districts getting together and suing Monsanto in a class action lawsuit.”

The EPA is rife with ties to the same industry it’s meant to regulate, DesRoches said. He explained:

“There’s a history of people moving back and forth between the EPA and various industries, and when the PCB problem first surfaced, the person who managed the whole school PCB problem for the EPA was a former consultant for a major chemical lobbying group, and the number 2 person at the EPA at the time was a former executive with Monsanto, who later went on to DuPont.”

Meanwhile, attempts to clean up known sources of contamination continue to face hurdles. In March 2015,America Unites for Kids, a Malibu-based NGO, launched a lawsuit against the Santa Monica-Malibu Unified School District to force the immediate remediation of PCBs. The group also started a petition demanding that the EPA support widespread PCB testing in U.S. schools built between 1950 and 1979.

“This caulking is in arm’s reach of children. PCBs have been found in the air, dust, soil. The law requires PCBs to be immediately removed. Removal is the only action that will comply with the law and ensure protection of human health,” the organization noted.

“Every child has a right to a great education free from toxic PCBs.”

Watch “PCB-Free Schools Across America” from America Unites for Kids: