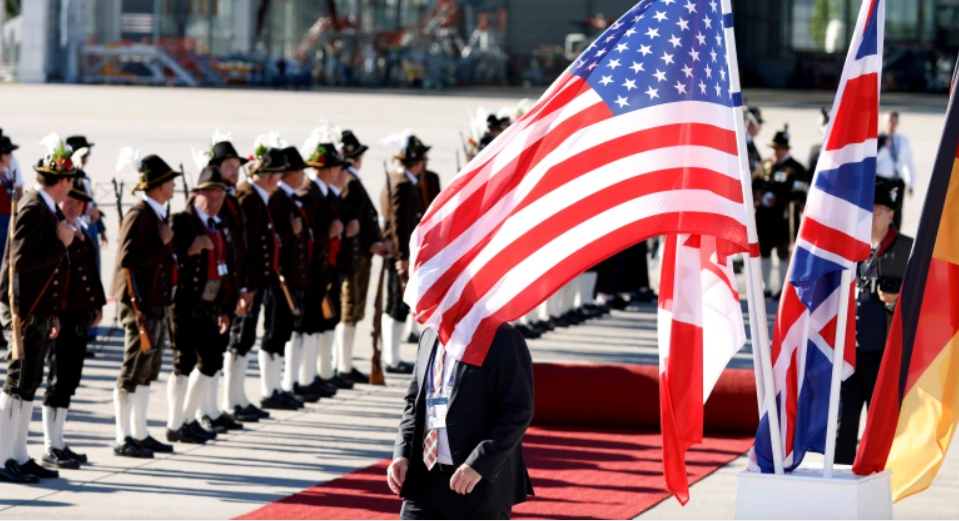 Above photo: People prepare for arrivals of leaders at Franz-Josef-Strauss airport in Munich to attend the G7 summit. Michaela Rehle/Reuters.

The agenda of the summit in Munich includes Russia’s war on Ukraine, climate change, energy and a looming food security crisis.

About 4,000 protesters gathered in Munich as the Group of Seven (G7) leading economic powers prepared to hold their annual gathering in Germany’s Bavarian Alps.

Organisers said they hoped to mobilise up to 20,000 protesters in the Bavarian city and were disappointed by the initial low turnout at Munich’s Theresienwiese park, German news agency dpa reported.

Uwe Hiksch, one of the protest organisers, said potential participants might consider it inappropriate to challenge the world’s wealthiest democracies during Russia’s invasion of Ukraine.

“We have the impression that many people are unsettled by the war in Ukraine,” Hiksch told dpa.

About 18,000 police officers are deployed around the summit site and the protests.

Fifteen groups critical of globalisation, from Attac to the World Wildlife Fund, have been calling on people to participate in the demonstrations. Their various demands include a phase-out of fossil fuels, the preservation of biodiversity, social justice and greater efforts to combat hunger.

“My demands for the G7 are that they have a clear commitment to energy transition, that is the exit from fossil fuels, all forms of fossil fuels, by 2035 at the latest, so we can stop financing wars and conflicts,” said Kilian Wolter from Greenpeace.

Members of Oxfam posed at an earlier protest in the city wearing oversized heads of the G7 leaders, demanding more global equality.

“We need concrete action to cope with multiple crises of our times,” a spokesperson, Tobias Hauschild, said. “That means the G7 have to act immediately. They have to fight hunger, inequality and poverty.”

“Russia’s brutal war against Ukraine is also having an impact here,” German Chancellor Olaf Scholz said in a video podcast, referring to rising prices for groceries, gas and energy.

Scholz said the G7 leaders would discuss the current situation triggered by the war in Ukraine “and at the same time ensure that we stop man-made climate change“.

The chancellor was set to welcome the leaders at the Elmau resort near Garmisch-Partenkirchen on Saturday evening.

The G7 summit itself will take place in Bavaria’s Elmau from Sunday through Tuesday. After the meeting concludes, leaders of the 30 countries in the NATO alliance will then gather for their annual summit, which is being held Wednesday through Thursday in Madrid, Spain.