Above Photo: The march was being billed as the ‘biggest ever’ by organisers. Picture: PA

Thousands of people have attended a pro-Scottish independence march through the streets of Edinburgh.

Groups and organisations who support separation from the UK joined the All Under One Banner (AUOB) procession on Saturday.

Organisers AUOB hope to get at least 100,000 people to take part in the rally.

Gemma MacFadyen has backed Scottish independence since she was a child.

The 34-year-old from Edinburgh said: “I’m here to support the cause for independence.

“To be honest, after the last referendum I was a bit deflated and disenfranchised and I was not going to be taking part anymore.

“But recently after a trip to the west coast of Scotland I’ve been re-inspired – so I’m here today.

“I’ve not really been caught up in the whole Brexit debate, I’m not bothered about that.

“But I am for another independence referendum, as soon as possible – it should’ve been ages ago.”

Bands, bikers, dogs, people in fancy dress and countless Saltire flags were all part of the rally towards the Meadows.

Chants of “What do we want? Independence” could also be heard roaring up the Royal Mile.

Harry Baird, 19, wanted to join what he believed would be the biggest rally in the country’s history.

The apprentice marine engineer from Orkney said: “There’s a lot more than I thought I would see, to be honest.

“Any change from what it is now would be worth it.”

The march began at Holyrood Park at 1pm and began proceeding up the Royal Mile from there.

AUOB’s rally through Edinburgh in October last year was estimated by organisers to have attracted more than 100,000 people, although Police Scotland put the attendance figure to around 20,000.

Scotland’s First Minister Nicola Sturgeon did not join the event but said she was there “in spirit”.

She tweeted: “Good luck to everyone marching for independence in Edinburgh later. I’m not able to be there in person today, but I will be with you in spirit. Have a great day. And be in no doubt – independence is coming. #indyref” 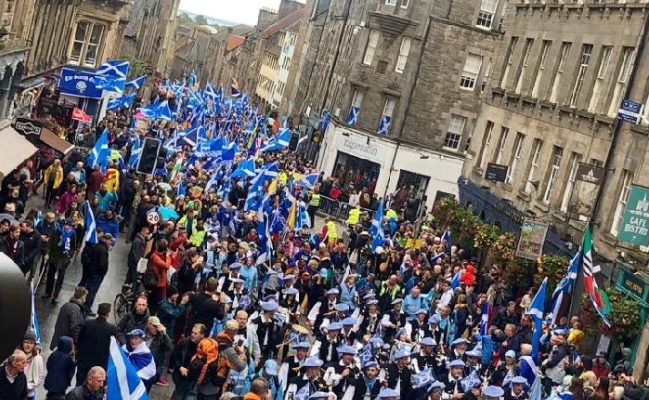 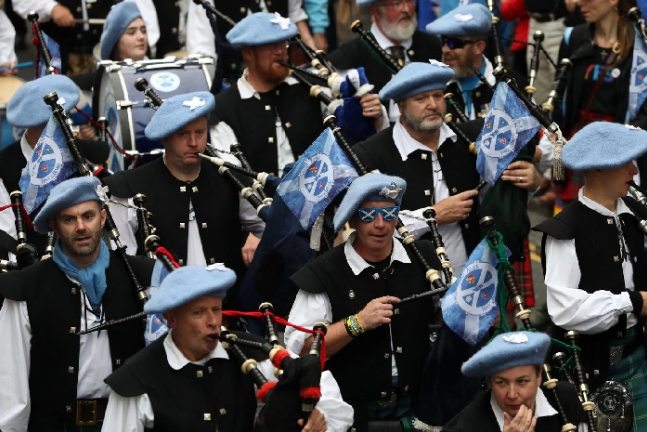