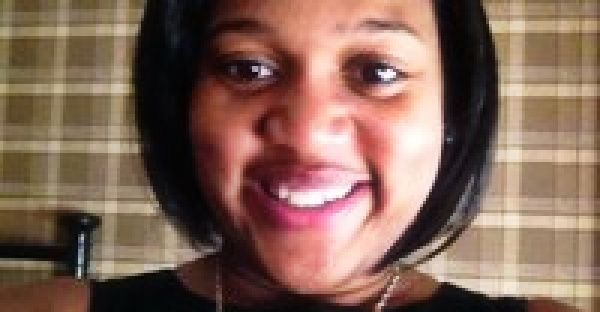 Threats Are Being Made Against Teachers Who Are Teaching The Truth

Janine Jackson interviewed Stevana Sims about defending anti-racist education for the October 8, 2021, episode of CounterSpin. This is a lightly edited transcript.

Janine Jackson: Biden rescinded the Trump executive order that threatened efforts to address racial disparities in the workplace under the implausible guise of “combating anti-American race and sex stereotyping.”

But just because the push to stop people from talking or learning about racism, sexism, heterosexism or this country’s history of oppression has moved off the front page does not mean that it’s gone away. Legislators in some 27 states are trying to require teachers to avoid what are termed “divisive concepts” in classrooms and curricula, an extremely thinly veiled effort to force teachers to propagandize about US history rather than teach it, and to punish those that don’t toe the line.

It’s deeply disturbing. But it turns out teachers don’t take kindly to being told to underserve their students by distorting historical and present reality. A major campaign is underway to push back, and reassert the importance of critical education and the professional judgment of educators.

We’re joined now by Stevana Sims. She is a member of Black Lives Matter at School’s Steering Committee, and a school counselor in Montclair, New Jersey, public schools. Welcome to CounterSpin, Stevana Sims.

Stevana Sims: Oh, thank you so much. I am so happy to be here.

JJ: The American Association of University Professors, the American Historical Association, PEN America—a number of really mainstream, respected organizations are sounding the alarm that these bills around the country are an infringement on the right of faculty to teach, and students to learn. And yet here we are. So I just wanted to ask you, first, what is this looking like and feeling like for the K–12 teachers that you interact with? How is this all affecting them day to day?

SS: It is a direct attack on our K–12 teachers. It is to the point where teachers are getting fired and losing pay. It is to the point where there was a teacher who had a Black Lives Matter flag in her classroom, and was asked to take it down. And because she refused, she was then removed from her position. There was a principal in Texas who was also accused of teaching critical race theory within his school, and he was removed from his job. It’s coming to a point where threats, violent threats, are being made against teachers and educators who are teaching the truth and teaching education. It is scary, honestly. But it is necessary for what we are going to talk about really soon.

JJ: Absolutely. I think folks should know that, even if you are not in a county or a region where there’s actually a bill moving through, it still has that chilling effect.

SS: Absolutely. Before this bill was even passed, to think about the teachers, the Black teachers, that even I had in my school system, that were pushed out because they were teaching critical race theory within the classroom, and exposing systemic racism to juniors in high schools, and telling them to use their voice and empowering students. And so, even before this bill had been passed, there have still been attacks on teachers teaching critical race theory, and using a critical race lens within their classrooms.

So the saga continues, unfortunately. And this is showing how important critical race theory is, because if it wasn’t that important, they wouldn’t be trying to silence it.

JJ: Absolutely. And we should note, and listeners probably know, that the proponents of this campaign, this gagging campaign, they don’t know what critical race theory is.

JJ: It’s jargon to them. Christopher Rufo, the architect of the campaign, said, “The goal is to have the public read something crazy in the newspaper and immediately think critical race theory.” They’re just throwing out there that the school systems that they’re going after may never have said the words critical race theory. It’s just about teaching about inequity.

JJ: That’s why Black Lives Matter at School and African American Policy Forum, where I’m on the board, that’s what this whole #TeachTruth, #TruthBeTold, these campaigns are about.

JJ: So I just want to ask you, what are you all up to this month, and what are the goals of these actions?

SS: We are working. My, my, my, my. All the people that have been coming to these working group meetings, we’re working.

So with that being said, there are spaces where organizations can endorse the Day of Action for October 14. There are spaces where they can share on social media, they can amplify what we are trying to do. And just imagine what social media would look like if all you see is #TeachTruth, #TeachTruth, #TruthBeTold and all these hashtags. Just imagine the reverberation that is going to be.

So we have to amplify. We have to share the message. We have to let people know that on October 14, we are all mobilizing to teach the truth in our classrooms, in our conversations, in our schools. If teachers are unsure where to start, because we are all in different places in our activism—

And so we have a curriculum. Black Lives Matter at School has been working on curriculum, because it fits within our Year of Purpose. But within that, you can go on BlackLivesMatterAtSchool.com and you can find the curriculum. So not only do we have curriculum for this year’s Year of Purpose, but we also have archived curriculum as well that teachers can have access to.

JJ: October 14 is a Day of Action, and that is a focus. But this is a much bigger project.

JJ: When you talk about that Year of Purpose, what are you talking about?

We know that one hit is not going to change anything. There has to be this constant push against this critical race theory bill. And Zinn Education Project as well does have resources, but Black Lives Matter at School curriculum is on the website that can be used to guide your Year of Purpose in teaching the truth.

JJ: It seems like such classic backlash politics. Because we have social movements, and  just a general recognition of the continued existence of racism and of inequity, they haven’t disappeared, we’re not a shining city on a hill….

JJ: And just the idea that we have to stop talking about that, and that will somehow make it untrue, it’s so regressive. And that’s why I’m concerned that I’m not sure where I’m hearing the free speech folks. It just feels like teachers are on the frontline and leading the charge here, which is terrific. But, I mean, we need some allies and support.

SS: It’s very true. And it’s funny that you say that. I was just at the last working group meeting. America is a very much an anti-history place.

SS: When we talk about slavery, and we talk about Indigenous people being taken off their land and their land being stolen, it’s like, oh, you need to forget that. That happened so many years ago. When we move in this anti-historical space of America, it really stunts us, to warp what’s actually happening now. Because, as we know, history already affected the future in which we live, right.

JJ: And I’m just thinking about students. Haven’t we gotten beyond the “empty vessel” idea of teaching, that students come in just empty and then teachers fill them up with stuff?

JJ: So when you have a Mexican American, a Somali American, African American, to tell them, “Your people did nothing and are nothing,” that’s just a crime, it seems like to me.

SS: Absolutely. And just imagine how dehumanizing that is, and why sometimes our kids of color disconnect from education because of the messages that are being sent.

JJ: Folks may be getting tangled up, thinking it’s about critical race theory, and they  don’t really know what that is. Or it’s somehow about special lesson plans. But it’s also, in a fundamental way, about power, and about who gets to decide what educators do in their classroom. I’m not sure people understand quite how radical this move is, to tell teachers what they can and cannot teach.

SS: Actually, it infringes on academic freedom. It infringes on, like you said earlier, freedom of speech. But what I think is beneficial, though, for our K–12 teachers is that the National Education Association has endorsed the Day of Action of Teach Truth, which is huge. ‘Cause our unions are our biggest advocates, at times. And so to have the National Education Association endorse the Day of Action is huge, and with that, alongside AAPF, they will be doing a Know Your Rights session. And an AAPF Teach Truth Celebration will be at 3 pm on October 14. And the NEA will be doing a Know Your Rights for K–12 educators.

JJ: And that’s something that everyone can get involved in. You don’t have to be a teacher.

JJ: And it affects all of us, all the time, in terms of what we’re able to talk about.

Let me just ask you, I can imagine teachers feel frightened and disturbed and threatened. But I also hear a lot of energy and a lot of positive—

JJ: —we know what we’re about here.

SS: Absolutely. And it’s uplifting for sure. And so it’s just about finding those spaces. So, once again, the resources at BlackLivesMatterAtSchool.com, ZinnEdProject.org, making sure that you join us on the Day of Action on October 14.

JJ: We’ve been speaking with Stevana Sims. We will keep our eyes on this story. Thank you so much, Stevana Sims, for joining us this week on CounterSpin.