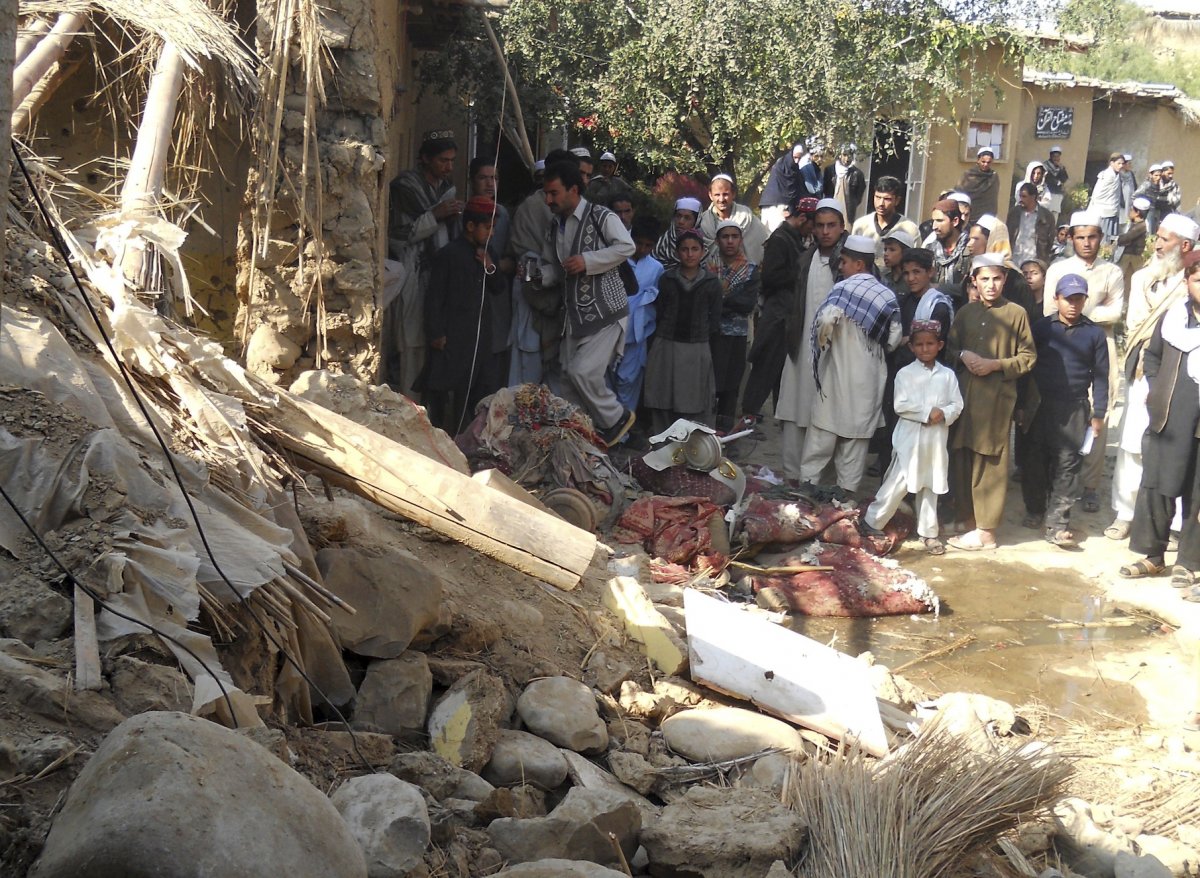 Three Arrested Delivering Order Of Protection At Hancock Air Base

This afternoon, December 9, 2013, two Yale Divinity School students and a Catholic Worker were arrested as they attempted to deliver an Order of Protection on behalf of Afghan children and their families at the Hancock Air Base main entrance on East Molloy Rd. near Syracuse, NY.

Since October 25, 2012, over 50 citizens have been arrested – and issued Orders of Protection – for protesting the killing of children by Reaper drones piloted from Hancock Air Base.

The local DeWitt Town Court has issued these Orders at the request of the Hancock colonels. Such Orders suppress the First Amendment right of all those arrested to petition their government for redress of grievances at Hancock.

The grievance is that Hancock’s 174th Attack Wing technicians pilot weaponized Reaper drones over Afghanistan, engaged in the targeted killing of civilians.

The three declared, “This is the season for naming and wrestling with the reality of death in our life together. Advent’s austere themes of Death, Judgment, Heaven and Hell challenge us to see, to mourn and to resist the forces of death that hold our age in their power, forces that murder children overseas (and on our own streets) for the sake of corporate profit and the military-industrial complex. We are engaged in this action because we believe we can only see Christian hope when we confront the reality of bombs being dropped on children by remote-controlled killing machines.”

The three are Mark Colville of the new Haven Catholic Worker, Greg Williams and Creighton Chandler both of Yale Divinity school. They were arrested and charged with obstruction of governmental administration, trespass, and disorderly conduct. Mark was given an additional charge of Criminal Contempt for violating his order of protection that was issued from a year ago for a Commander at the base.

They tried to deliver this:

THE PEOPLE’S ORDER OF PROTECTION FOR THE CHILDREN OF AFGHANISTAN AND THEIR FAMILIES:

Whereas good cause has been shown for the issuance of this order of protection, the people of all nations committed to peace, having overwhelmingly made a determination in accordance with both the Spirit of and the Letter of the United Nations Charter do hereby order that the above named, and more specifically their Hell Fire missiles and 500 pound bombs fired from the MQ9 Reaper drones operated at Hancock Airfield, home of the 174th Attack wing of the New York State Air National Guard, are to stay away from the Children of Afghanistan and their families, and:

And further the above named shall refrain from:

Assault, stalking, harassment, menacing, bombing, killing, maiming and terrorizing, criminal obstruction of breathing or circulation, disorderly conduct, criminal mischief, forcible touching, intimidation, threats or any criminal offense or interference with the victims of the alleged offenses perpetrated by the offenders named in this order.

There shall be no more improper touching of the Children of Afghanistan or their families with your Hell Fire missiles and your 500 pound bombs.

There Shall be no more menacing and reckless endangerment of the children and their families.

It is further ordered that this order of protection shall remain in force forever. Failure to comply with this order will result in the people’s continued nonviolent resistance to this illegal and immoral behavior.

And further please see attached plea from the people of Afghanistan making this request.

ORDER personally served at the gates of Hancock Air Base, site of where war crimes are being committed.

David Swanson’s new book is War No More: The Case for Abolition. He blogs at  http://davidswanson.org  and  http://warisacrime.org  and works for http://rootsaction.org. He hosts Talk Nation Radio. Follow him on Twitter: @davidcnswanson and FaceBook.