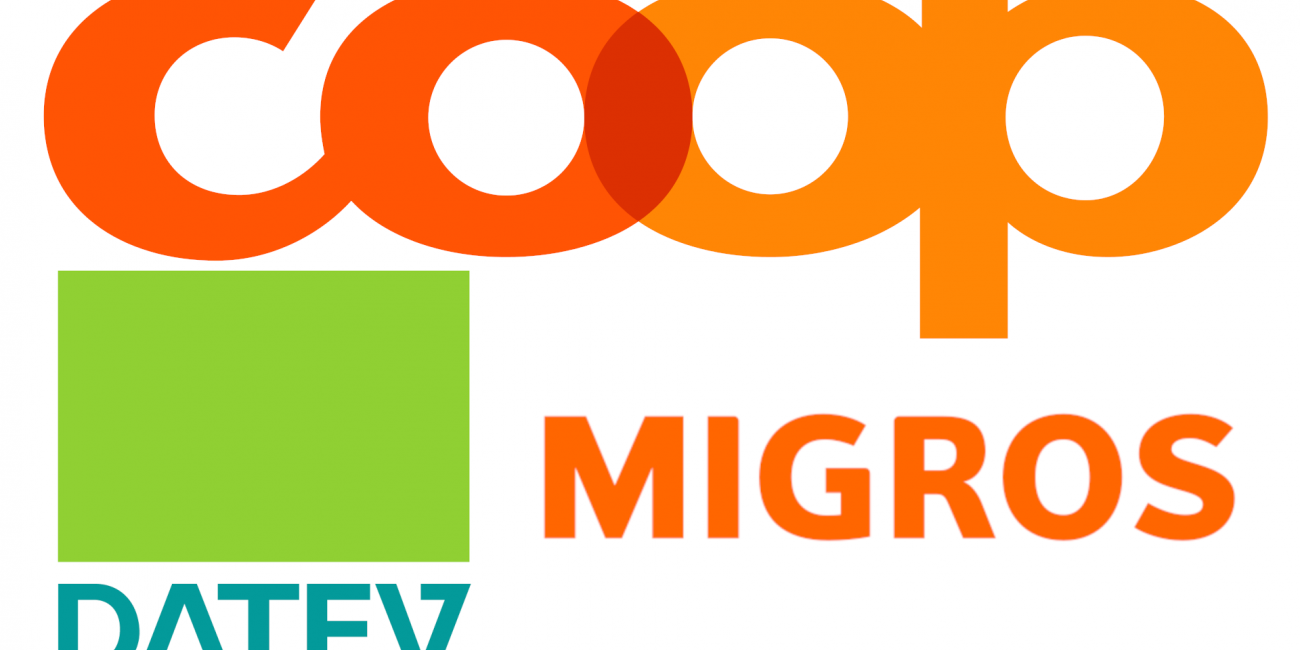 The Escalating Backlash Against Big Tech.

The most valuable companies in the stock market today can be found in the technology sector. The first publicly traded company in history to reach a $1 trillion valuation was Apple in 2018. While it took the company more than 40 years to reach that milestone, less than four years later its valuation has increased by a further two trillion, reaching another record breaking $3 trillion. The “trillion dollar club” has also since expanded to include three more companies – all of them in the technology sector.

However, the markets appear to be falling out of love with the big tech . Earlier in 2022 Facebook lost $230bn in value in the biggest one-day stock plunge in history. It has since been overshadowed by several similar collapses that have (as of today) erased more than $2.6 trillion from the value of the five largest tech companies since the start of the year.

The public sentiment also appears to be turning against big tech. For example, Americans who view big tech companies in a negative light now outnumber those who have a positive view, whereas the reverse was true as recently as 2019. Furthermore, 2021 marked a turning point where Gallup reported that for the first time since they started polling on the topic 20 years ago, more people in the US viewed the internet industry in a negative than positive light.

Increasingly, people are becoming concerned about the monopolistic behaviour of these increasingly powerful tech companies and demanding a more accountable digital economy that spreads the value generated by technological progress more widely. Cooperatives cannot afford to miss out on this great opportunity. However, some might be sceptical about the ability of the cooperative model to spearhead innovation.

This is partly due to few being aware of the fact that cooperatives have historically proven to be perfectly capable of making groundbreaking innovations. For example, the 1945 Nobel prize in chemistry was given to Artturi Virtanen for his work as the head of research and development in the Finnish dairy cooperative Valio. Online banking was first introduced by the Stanford Federal Credit Union. Numerous cooperatives are also leaders in their respective technology industries in their respective countries – below are three such examples.

Datev is the third largest IT firm in Germany, owned as a cooperative by over 40,000 accountants and lawyers. The turnover exceeds 1.2 billion euros and the workforce is over 8,000 employees. It provides software to around one third of all German businesses and handles the monthly payslips of 14 million workers.

The cooperative was formed by six Nuremberg based accountants in 1966 when it was becoming apparent that computers were about to transform accounting. Instead of individual accountants entering a deal with IBM, which was the dominant company in the industry at the time, the founders sought to organise their colleagues to cooperate instead and therefore collectively bargain a better deal. In an effort to reduce its reliance on IBM, the cooperative built its own data centres and developed its own software. They now provide over 200 software solutions to over 2.5 million businesses across Germany and have even started to expand abroad.

What makes the international expansion noteworthy is that many of the subsidiaries outside Germany are also formed as cooperatives – in contrast to most other large cooperatives who typically expand to other countries by setting up conventional firms owned by the parent cooperative.

It is also worth noting that the democratic member control of Datev is not an inconsequential curiosity. The cooperative has witnessed vibrant electoral campaigns and debate among its members. For example, in 2005 an extraordinary general meeting was held as a result of a campaign by a group of members to allow software to be provided directly to the clients of the cooperative members. A vote was held with roughly 85% of the members approving the motion pushed by the campaign group.

Successful German tech cooperatives are not limited to Datev – DENIC and Iteratec are two other noteworthy examples. DENIC, a cooperative owned by 300 businesses and organisations, is responsible for managing the registry of all 17 million domains in the internet that end in “.de” (the country code domain for Germany). Iteratec is a worker owned software development cooperative with over 400 workers, most of whom are members.

There are a few countries where the largest retailer is a cooperative, such as Italy, Singapore and Finland. However, there is only one country where the two largest retailers are both cooperatives: Switzerland. The two consumer owned Swiss giants Migros and Coop are both roughly equal in size and together account for a whopping 88% market share in retail. In addition, two producer cooperative owned retailers account for most of the remaining market.

The dominant position of cooperatives also expands to ecommerce, more so than anywhere else in the world. The picture below shows the revenue of the largest ecommerce platforms in Switzerland in 2020, the stores that are fully or majority owned by consumer cooperatives are coloured blue. Not only is the largest e-commerce retailer in the country 70% owned by the consumer cooperative giant Migros: 6 out of the 10 largest online stores are either fully or majority owned by either Migros or Coop.

The Swiss consumer owned retail cooperative giants have also used technology to strengthen their distinctive cooperative characteristics by providing new solutions to some of the age-old issues the movement continues to face. For example, cooperatives everywhere share the challenge of engaging their members in ways that are meaningful for the individual member and make the cooperative more effective for everyone. For a decade now, Migros has used Migipedia, an online platform that enables members to rate, discuss and even design products.

Whereas member participation in cooperative decision making has typically referred to voting in the board elections, with Migipedia members can cast votes online to influence smaller details that they care about. Hundreds of reviews and comments are posted every day, with orders of magnitude more members viewing the reviews to help their shopping.

Not only does this provide valuable insights to Migros as a whole and individual members directly, it provides an easy and tangible way for members to exercise cooperative principles of member control and fosters a sense of ownership.

The process starts off with Migros defining a question and posting it to the community for brainstorming. After two weeks of community discussion, the cooperative boils down the ideas, tests prototypes and makes a post to the community asking members to evaluate the ideas for a week or two.

Not only does this help Migros with new ideas, an idea is more likely to be popular among customers if they themselves participated in inventing it. Not only do customers know best what they want, they also want to see products they helped create succeed. Perhaps this helps explain why products invented by the Migipedia community have shown a lower flop rate than other products. Those interested in other real-life examples of cooperatives turning direct democratic membership participation into competitive advantage should consider reading an earlier issue of our newsletter where we covered C’est Qui Le Patron cooperative. This relatively new venture has emerged as the fastest-growing new food brand in France by tapping into the wisdom of the crowds by engaging their rank-and-file members directly in product design.

It is also worth noting that the largest Swiss car-sharing company is the user-owned cooperative Mobility – and that car-sharing is more common in Switzerland than anywhere else in the world. While one could argue that Mobility should not be labelled a technology company, it would then follow that neither should AirBnB be labelled as such. Both are examples of companies operating in the sharing economy through a digital platform, as Mobility members use the service through an app.

OCLC is a cooperative consisting of over 30,000 libraries, museums and similar institutions around the world. Its core focus is facilitating cooperation in cataloguing books and other similar documents – in fact, its WorldCat catalogue is the largest bibliographic database in the world.

It was founded in 1966 by a Yale educated medical librarian Frederick Kilgour who, in his own words, sought to “merge the latest information storage and retrieval system of the time, the computer, with the oldest, the library.” He used the newly developed inventions in computer technology to reduce cataloguing costs to libraries by minimising the need for each library to separately add information about the titles they hold. Kilgour helped OCLC develop the world’s first online shared cataloguing system in 1971, and it proved to be a great success immediately. Ohio University was the first to use it and discovered that they could catalogue 30% more books with 17 fewer staff members. It has proven especially useful for small libraries, whose inventories include mostly books that are also available in other, larger libraries and who therefore benefit the most from reducing duplication effort of cataloguing their titles.

These examples demonstrate that it is perfectly feasible to structure a large tech company as a cooperative. Helping generate more success stories like the ones described in this article could be an overlooked and underutilised approach toward creating a more accountable and equitable technology sector – something that increasingly many are calling for more and more loudly.

One key obstacle is access to sufficient amounts of appropriate types of funding. To identify what type of funding should be provided in order to create big tech cooperatives, it can be valuable to start by looking into the type of funding that gave birth to the currently largest tech companies: venture capital. While only 0.5% of all new US firms are started with venture capital, this type of funding has generated 7 out of 8 largest publicly-traded companies in the world. Venture capital is based on a distinct dynamic – investment is provided to a group of early-stage companies with the expectation that a minority of them will enjoy success so tremendous it is more than enough to compensate for the majority of the firms that fail. An analysis of 7,000 venture capital deals spanning between 1984 – 2014 in the US suggests that little more than half of all investments lost money while the best 6% of deals made up 60% of all returns.

While cooperatives cannot (and should not) simply copy venture capital, they should be provided with opportunities to access funding that is based on a similar dynamic of experimenting with many bold new ideas. The key mission for us in Coop Exchange is to produce the right investment instruments for this purpose and design them in a way that does not require cooperatives to compromise on their principles.If you believe in our mission, join us by subscribing to this newsletter. In the upcoming issues, I will be describing two clever strategies advocated by widely acclaimed tech pioneers who have explicitly mentioned cooperatives when describing their ideas.