Jonathan Cook analyzes what progressives can glean from a major squabble between different wings of the same neoliberal establishment.

Here are three important lessons for the progressive left to consider now that it is clear the inquiry by Special Counsel Robert Mueller into Russia-gate is never going to uncover collusion between Donald Trump’s camp and the Kremlin in the 2016 presidential election.

No. 1: Painting the Pig’s face

The left never had a dog in this race. This was always an in-house squabble between different wings of the establishment. Late-stage capitalism is in terminal crisis, and the biggest problem facing our corporate elites is how to emerge from this crisis with their power intact. One wing wants to make sure the pig’s face remains painted, the other is happy simply getting its snout deeper into the trough while the food lasts.

Russia-gate was never about substance, it was about who gets to image-manage the decline of a turbo-charged, self-harming neoliberal capitalism.

The leaders of the Democratic Party are less terrified of Trump and what he represents than they are of us and what we might do if we understood how they have rigged the political and economic system to their permanent advantage.

For them, it may look like Russia-gate was a failure, but it was actually a success. It deflected the left’s attention from endemic corruption within the leadership of the Democratic Party, which supposedly represents the left. It diverted the left’s political energies towards the convenient bogeymen targets of Trump and Russian President Vladimir Putin. 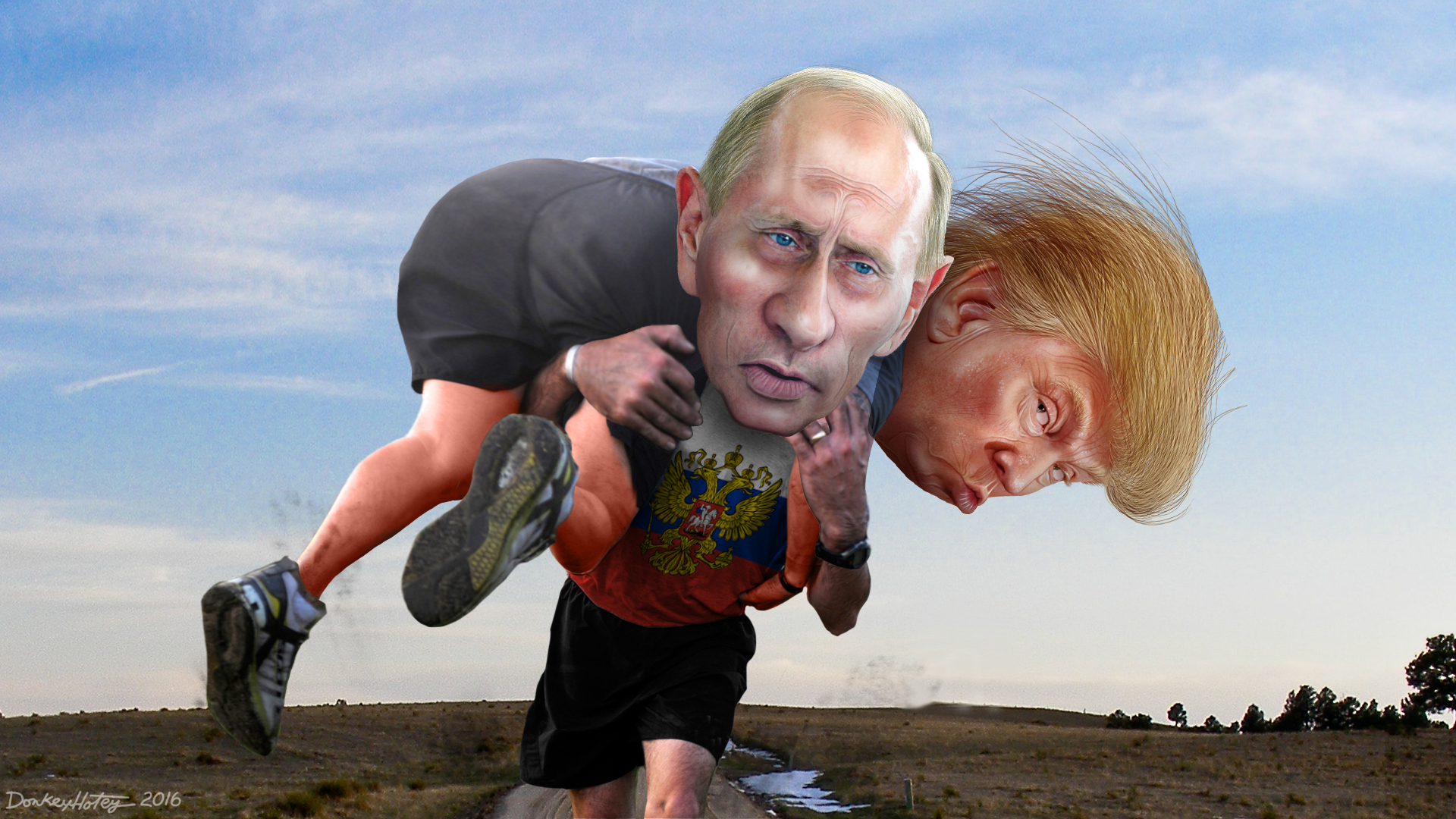 What Mueller found – all he was ever going to find – was marginal corruption in the Trump camp. And that was inevitable because Washington is mired in corruption. In fact, what Mueller revealed was the most exceptional forms of corruption among Trump’s team while obscuring the run-of-the-mill stuff that would have served as a reminder of the endemic corruption infecting the Democratic leadership too.

An anti-corruption investigation would have run much deeper and exposed far more. It would have highlighted the Clinton Foundation, and the role of mega-donors such as James Simons, George Soros and Haim Saban who funded Hillary’s campaign with one aim in mind: to get their issues into a paid-for national “consensus.”

Further, in focusing on the Trump camp – and relative minnows such as Paul Manafort and Roger Stone – the Russia-gate inquiry actually served to shield the Democratic leadership from an investigation into the much worse corruption revealed in the content of the Democratic National Committee emails. It was the leaking / hacking of those emails that provided the rationale for Mueller’s investigations. What should have been at the front and center of any inquiry was how the Democratic Party sought to rig its primaries to prevent party members selecting anyone but Hillary as their presidential candidate.

So, in short, Russia-gate has been two years of wasted energy by the left, energy that could have been spent both targeting Trump for what he is really doing rather than what it is imagined he has done, and targeting the Democratic leadership for its own, equally corrupt practices.

But it’s far worse than that. It is not just that the left wasted two years of political energy on Russia-gate. At the same time, it empowered Trump, breathing life into his phony arguments that he is the anti-establishment president, a people’s president the elites are determined to destroy. 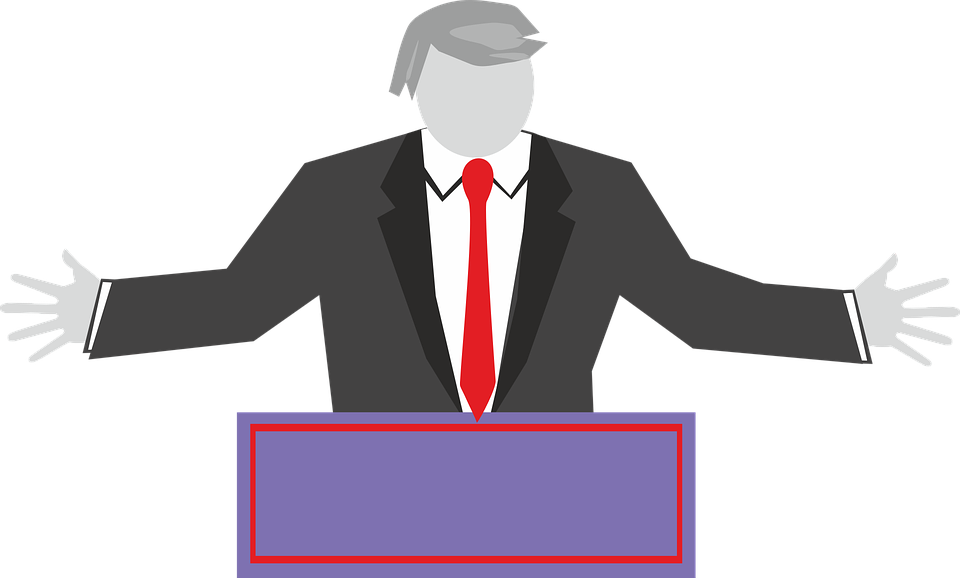 Trump faces opposition from within the establishment not because he is “anti-establishment” but because he refuses to decorate the pig’s snout with lipstick. He is tearing the mask off late-stage capitalism’s greed and self-destructiveness. And he is doing so not because he wants to reform or overthrow turbo-charged capitalism but because he wants to remove the last, largely cosmetic constraints on the system so that he and his friends can plunder with greater abandon – and destroy the planet more quickly.

The other wing of the neoliberal establishment, the one represented by the Democratic Party leadership, fears that exposing capitalism in this way – making explicit its inherently brutal, wrist-slitting tendencies – will awaken the masses, that over time it will risk turning them into revolutionaries. Democratic Party leaders fear Trump chiefly because of the threat he poses to the image of the political and economic system they have so lovingly crafted so that they can continue enriching themselves and their children.

Trump’s genius – his only genius – is to have appropriated, and misappropriated, some of the language of the left to advance the interests of the 1 percent. When he attacks the corporate “liberal” media for having a harmful agenda, for serving as propagandists, he is not wrong. When he rails against the identity politics cultivated by “liberal” elites over the past two decades – suggesting that it has weakened the U.S. – he is not wrong. But he is right for the wrong reasons.

The corporate media, and the journalists they employ, are propagandists – for a system that keeps them wealthy. When Trump was a Republican primary candidate, the entire corporate media loved him because he was TV’s equivalent of clickbait, just as he had been since reality TV began to usurp the place of current affairs programs and meaningful political debate.

The handful of corporations that own the U.S. media – and much of corporate America besides – are there both to make ever-more money by expanding profits and to maintain the credibility of a political and economic system that lets them make ever more money.

The “liberal” corporate media shares the values of the Democratic Party leadership. In other words, it is heavily invested in making sure the pig doesn’t lose its lipstick. By contrast, Fox News and the shock-jocks, such as Trump, prioritize making money in the short term over the long-term credibility of a system that gives them license to make money. They care much less whether the pig’s face remains painted.

So Trump is right that the “liberal” media is undemocratic and that it is now propagandizing against him. But he is wrong about why. In fact, all corporate media – whether “liberal” or not, whether against Trump or for him – is undemocratic. All of the media propagandizes for a rotten system that keeps the vast majority of Americans impoverished. All of the media cares more for Trump and the elites he belongs to than it cares for the 99 percent.

Similarly, with identity politics. Trump says he wants to make (a white) America great again, and uses the left’s obsession with identity as a way to energize a backlash from his own supporters.

Just as too many on the left sleep-walked through the past two years waiting for Mueller – a former head of the FBI, the U.S. secret police, for chrissakes! – to save them from Trump, they have been manipulated by liberal elites into the political cul-de-sac of identity politics. 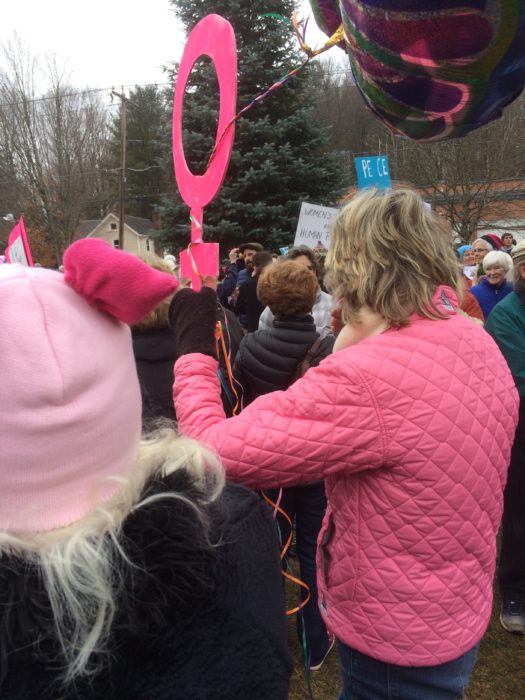 Just as Mueller put the left on standby — into waiting-for-the-Messiah mode — so simple-minded, pussy-hat-wearing identity politics has been cultivated in the supposedly liberal bastions of the corporate media and Ivy League universities – the same universities that have turned out generations of Muellers and Clintons – to deplete the left’s political energies. While we argue over who is most entitled and most victimized, the establishment has carried on raping and pillaging Third World countries, destroying the planet and siphoning off the wealth produced by the rest of us.

These liberal elites long ago worked out that if we could be made to fight among ourselves about who was most entitled to scraps from the table, they could keep gorging on the main course.

No. 3: The Corbyn Experience

But the most important lesson of all for the left is that support among its ranks for the Mueller inquiry against Trump was foolhardy in the extreme.

Not only was the inquiry doomed to failure – in fact, not only was it designed to fail – but it has set a precedent for future politicized investigations that will be used against the progressive left should it make any significant political gains. And an inquiry against the real left will be far more aggressive and far more “productive” than Mueller was. 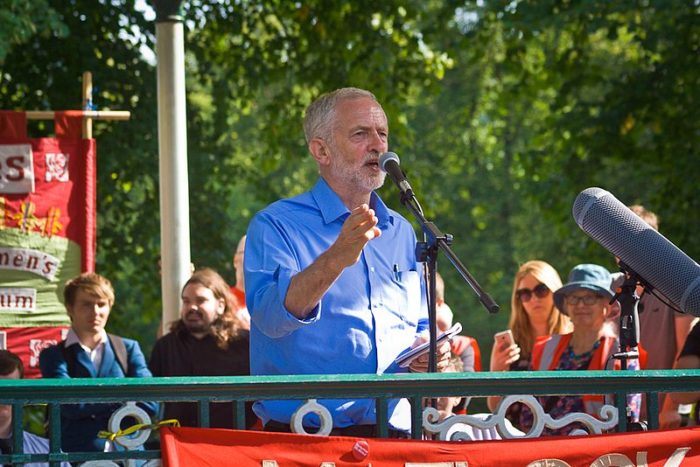 If there is any doubt about that look to the U.K. Britain now has within reach of power the first truly progressive politician in living memory, someone seeking to represent the 99 per cent, not the 1 percent. But Jeremy Corbyn’s experience as the leader of the Labour Party – massively swelling the membership’s ranks to make it the largest political party in Europe – has been eye-popping.

I have documented Corbyn’s travails regularly in this blog over the past four years at the hands of the British political and media establishment. You can find many examples here.

Corbyn, even more so than the small, new wave of insurgency politicians in the U.S. Congress, has faced a relentless barrage of criticism from across the U.K.’s similarly narrow political spectrum. He has been attacked by both the rightwing media and the supposedly “liberal” media. He has been savaged by the ruling Conservative Party, as was to be expected, and by his own parliamentary Labour Party. The U.K.’s two-party system has been exposed as just as hollow as the one in the U.S.

The ferocity of the attacks has been necessary because, unlike the Democratic Party’s success in keeping a progressive left-winger away from the presidential campaign, the U.K. system accidentally allowed a socialist to slip past the gatekeepers. All hell has broken out ever since. 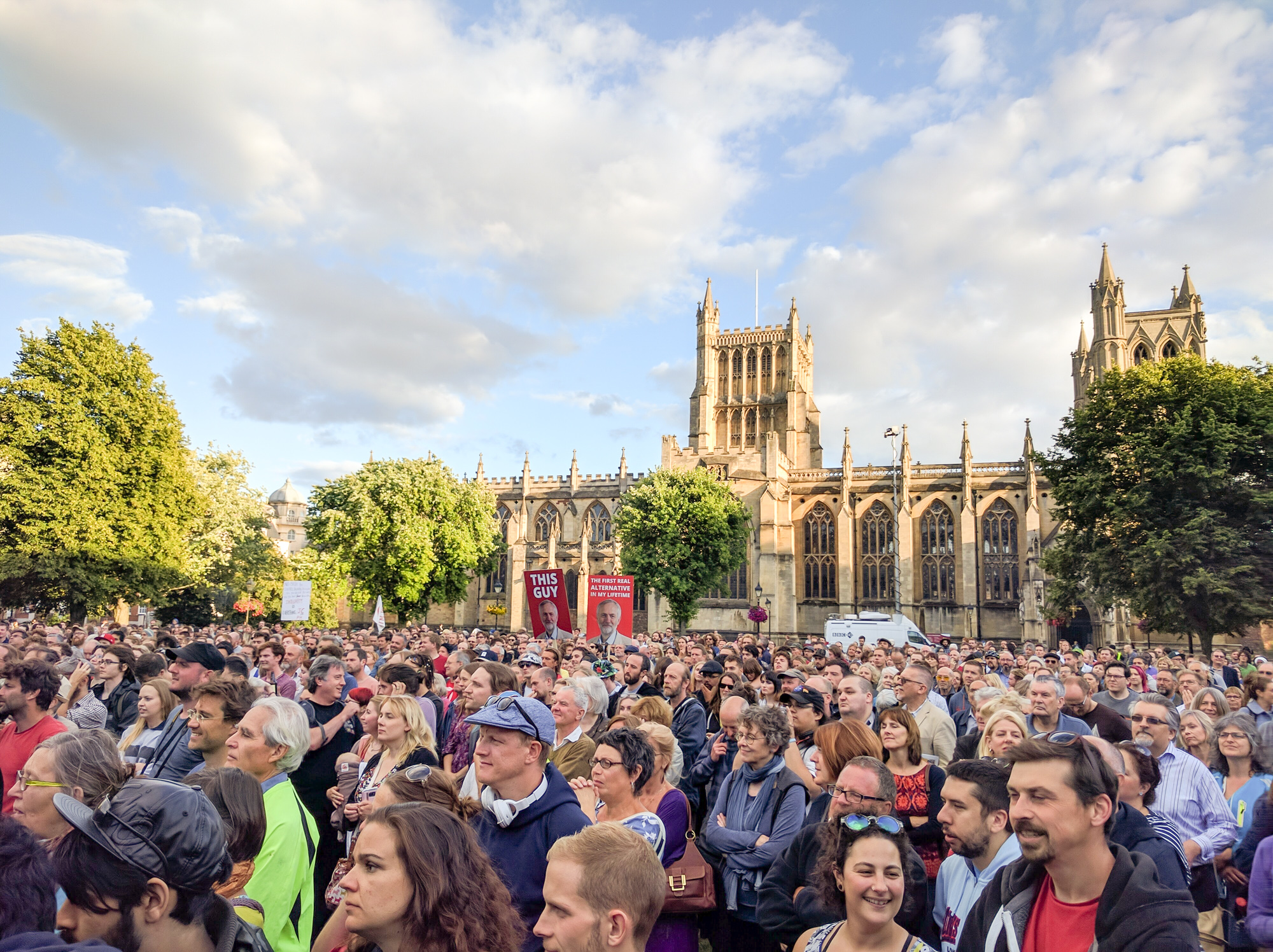 What is so noticeable is that Corbyn is rarely attacked over his policies – mainly because they have wide popular appeal. Instead he has been hounded over fanciful claims that, despite being a life-long and very visible anti-racism campaigner, he suddenly morphed into an outright anti-Semite the moment party members elected him leader.

I will not reprise again how implausible these claims are. Simply look through these previous blog posts should you be in any doubt.

But what is amazing is that, just as with the Mueller inquiry, much of the British left – including prominent figures like Owen Jones and the supposedly countercultural Novara Media – have sapped their political energies in trying to placate or support those leading the preposterous claims that Labour under Corbyn has become “institutionally anti-Semitic.” Again, the promotion of a simple-minded identity politics – which pits the rights of Palestinians against the sensitivities of Zionist Jews about Israel – was exploited to divide the left.

The more the left has conceded to this campaign, the angrier, the more implacable, the more self-righteous Corbyn’s opponents have become – to the point that the Labour Party is now in serious danger of imploding.

Were the U.S. to get its own Corbyn as president, he or she would undoubtedly face a Mueller-style inquiry, and one far more effective at securing the president’s impeachment than this one was ever going to be.

That is not because a leftwing U.S. president would be more corrupt or more likely to have colluded with a foreign power. As the U.K. example shows, it would be because the entire media system – from The New York Timesto Fox News– would be against such a president. And as the U.K. example also shows, it would be because the leaderships of both the Republican and Democratic parties would work as one to finish off such a president.

In the combined success-failure of the Mueller inquiry, the left has an opportunity to understand in a much more sophisticated way how real power works and in whose favor it is exercised. It is moment that should be clarifying – if we are willing to open our eyes to Mueller’s real lessons.